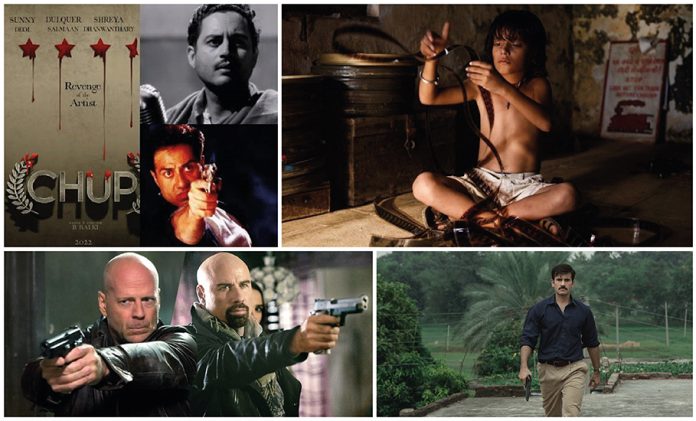 We are back to the badlands of Bihar in 'Khakee: The Bihar Chapter', which landed on Netflix this weekend. This Neeraj Pandey conceptualised web series is based on a chapter in IPS officer Amit Lodha’s life, which he had documented in his book 'The Bihar Diaries.'

India’s Oscar entry, Chhello Show (‘The Last Film Show’), winds its way to OTT. This will be a big treat for cinephiles, who missed catching the film in theatres. Pan Nalin’s semi-autobiographical film, set in the picturesque landscapes of Chalala, a small town in Gujarat, is continuing  to pick up international awards, recently winning the Best International Feature at the Asian World Film Festival.

Interestingly, Pan Nalin, who is rejoicing in all the accolades coming his way, had a tough time getting his film released in Indian theatres, it seems. Indian distributors obsessed with box-office hits, ironically, must not have seen any magic in this dreamy moving salute to cinema. In the midst of all this celebration about Last Film Show, one cannot help feeling sad that the other film that was India’s first Gujarati film to make it to the Oscars, Gyan Correa’s The Good Road (2013), is nowhere to be seen on any of the platforms. 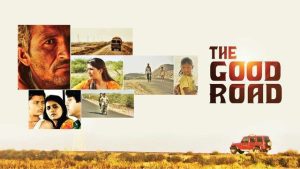 When The Good Road was picked as India’s entry for the 86th Oscars, it beat contenders like Irrfan Khan’s Lunchbox, Farhan Akhtar’s Bhaag Milkha Baag and Ship of Theseus. It even sent Karan Johar into a major sulk because he wanted Lunchbox to be sent to the Oscars and even tweeted that India was missing a chance to win the coveted award.

The film’s selection got recognition from an unlikely supporter – Narendra Modi – who had tweeted that he was proud that a Gujarati film was India’s entry to the Oscars that year. It did not, however, make it the Oscars nomination list but it was an unpretentious, small film with unexpected pleasures.

Set in the rural hinterlands and endless roads of Kutch, it revolves around three sets of people – a middle-class couple from the big city en route to a vacation getaway, who by mistake leave their seven-year-old son at a roadside restaurant; a taciturn truck driver and his sidekick become embroiled in an illegal scheme and a nine-year-old orphan girl gets lured into a roadside brothel. The paths of these people intersect and occasionally merge. It is a visually striking and technically brilliant film. Correa, like Nalin, had used untrained actors.

Incidentally, all the six child actors featuring in Last Film Show hail from underprivileged backgrounds – their fathers work as shoemakers, construction labourers or autorickshaw drivers. Nalin himself had said about his child actors, “…what struck me was that they were all extremely happy wherever they were. I have never seen such happiness in kids…The natural quality of their body language, sparkle in the eyes…,” he said. Check out this film, streaming on Netflix, to fall under the spell of movies all over again.

Chup: Revenge of the artist

Expectations were high when R Balki released his film, Chup: The Revenge of the Artist, which is currently streaming on Zee5 from this weekend.

But, the film largely got mixed reviews. For many, who had expected a lot out of the thriller, with the talented Dulquer Salman, and a ferocious looking Sunny Deol, as the determined cop on the trail of a serial killer, it was a let down. Firstly, everyone was amused with the premise of the film, which had a serial killer on the loose bumping off film critics and leaving half a star on their foreheads. Someone feeling vindictive here?

Balki’s filmography, which includes films like Pa, Padman, Ki & Ka were not trashed that badly for him to go on this revenge spree! In fact, his first venture, Cheeni Kum, was lapped up as a delightful, feel good film.

Also read | Reflections on R Balki’s Chup: Why it’s easy to fall in love with it

Maybe, it was Balki’s fantasy playing out to want to eliminate film critics, but he was aided in this venture by film critic Raja Sen. So, that is kind of baffling.

Well, there’s also a young entertainment reporter Nila (Shreya Dhanwanthary) who works for the Mumbai Post, who loves movies and falls in love with florist Danny (Dulquer Salmaan), who is a recluse living in Mumbai’s suburb Bandra. And has long conversations with himself. Guru Dutt’s haunting melody from his last film Kaagaz Ke Phool and Pyaasa forms the background score.

Yes, it was meant to be tribute to the legendary filmmaker Guru Dutt. But, critics (sorry Balki) universally felt that the film “fails to grasp the essence of Guru Dutt’s magic” and  intermingling the tribute with the killer’s story seemed a bit forced. But critics recommend it for one time watch. It is only that they expected it to be more enjoyable, which is not such an unreasonable ask.

Back in the badlands of Bihar 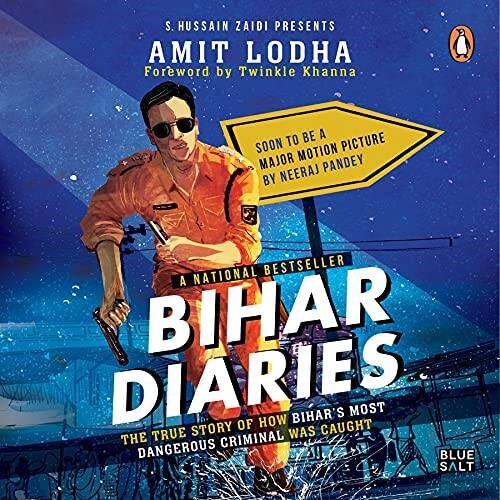 We are back to the badlands of Bihar in Khakee: The Bihar Chapter, which landed on Netflix this weekend. What makes this Neeraj Pandey conceptualised web series interesting is that it is based on a chapter in IPS officer Amit Lodha’s life, which he had documented in his book The Bihar Diaries. The best-selling thriller chronicled the police officer’s stint in one of Bihar’s crime-dominated villages and how he managed to nab one of the state’s most feared ganglords.

While Karan Tacker will play the upright officer Amit Lodha, Avinash Tiwary will essay the role of a gangster, inspired by several criminals from Bihar. The Rajasthan born officer, who is currently the IG, Crime Records Bureau, became a national star after he nabbed the ‘Gabbar Singh of Sheikhpura’. The gangster, who hasn’t been named in his book, had several murder cases on him. Lodha, managed to nab the criminal after a thrilling cat-and-mouse chase across multiple states, that lasted nearly three months.

Netflix describes this hotly anticipated series as the story of a “righteous cop” pursuing a “merciless criminal” and facing a “moral battle mired in corruption”. The series is set amid a clash of police, politicians, and criminals in Bihar at the turn of the century between 2000 and 2006.

Finally, Kantara, which was released in the Kannada version on September 30, and later in Hindi, lands on OTT. It continues to make news for one thing or the other. The film, written and directed by Rishab Shetty, amassed massive popularity within a few days of its release and set the cash registers ringing. The film has crossed the figure of ₹400 crore gross and seems to be still raking it in.

One of the main highlights of the visually stunning film is its depiction of Bhootha Kola, while also simultaneously delivering the subtle message of eco-conservation. Kantara, which lands on Amazon Prime Video this weekend, features Rishab Shetty, Sapthami Gowda, and Kishore Kumar G in crucial roles.

For some good ole action, here’s an upcoming American action film directed by Chuck Russell starring the inimitable Bruce Willis with John Travolta, and Praya Lundberg. The lead character Ryan Swan’s (Bruce Willis) father has been violently murdered. Ryan makes  his way through the Hawaiian crime world to wreak vengeance on the kingpin he holds responsible for his father’s death. This one is streaming on Lionsgate Play.

Check it out: If you are a White Lotus fan, season 2, which is set in Italy this time is here. There is something mesmerising about this series, besides its terrific visuals of the landscape and shots of the sea and music. It continues to enthrall though it is not as punchy as season 1.

In one of the episodes in season 2, written by the award winning Mike White, a father takes his son to a tourist spot where the legendary Francis Ford Coppola film, The Godfather (1972) (streaming on Amazon Prime) was shot and explains the scene in which Al Pacino’s girlfriend gets blown up in the car. And, while he raves and gushes about the crime drama, his son, a Stanford graduate mocks the film slamming it for being steeped in patriarchy. How it never gave a thought to the women in the lives of these mafia men. Hmm, a younger generation’s perspective on what is perceived as a masterpiece!