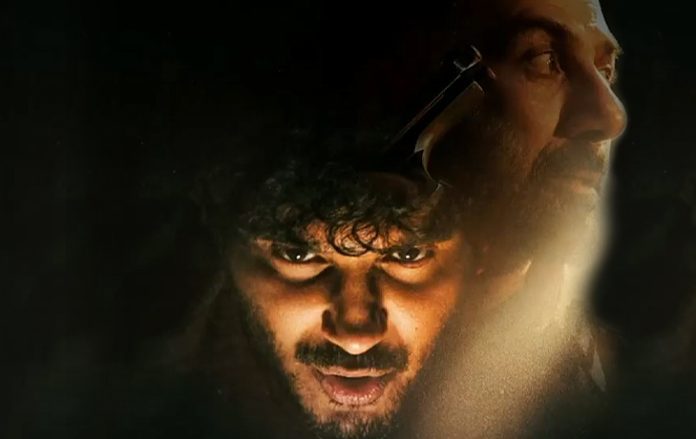 Balki's Bachchan worship continues in 'Chup', which dedicates itself to “80 years of Amitabh Bachchan”.

Maybe it’s not surprising that director R Balki worships Guru Dutt — one of the most popular and accessible filmmakers of the 1950s, who bowed out because of his personal and professional struggles. Maybe it’s not completely unpredictable why Balki sees Dutt as a martyr for ‘great’ cinema, whose career was (according to Balki) single-handedly cut short by ‘critics’ for making films something giddy, newborn cinephiles like to label ‘ahead of their time’.

After all, Balki — the adman who crossed over to Bollywood in the mid-2000s — exhibits the same giddiness.

Also read: Reflections on R Balki’s Chup: Why it’s easy to fall in love with it

In Chup: Revenge of the Artist, his latest directorial venture, Balki has the energy of someone who recently finished a film appreciation course from Pune’s Film and Television Institute of India (FTII), after discovering Guru Dutt’s cinema.

In Balki’s film, there is a clear distinction between film lovers and film critics. According to him, they can’t ever be the same. And that’s arguably the biggest folly of a film that wants to ‘critique’ the myopic discourse around films — where years of passion and hard work are reduced to a simple star-rating or an opening weekend box office figure.

This is not the first time the director has botched up a seemingly ‘interesting’ idea. A serial killer hunting film critics and carving their own star-ratings on their forehead — and using their lazy phrases (like ‘heart in the right place, rest of the body all over the place’) against them — is a wicked place to start.

Also read: How Ponniyin Selvan has broken a box-office jinx in Karnataka

But Balki doesn’t embrace the messiness of dialogue around cinema (or any art form for that matter), which is by itself subjective. He oversimplifies it, by stating that all films can have an objective consensus, which is hardly true for many, many films. Especially the kind of films that our serial-killer protagonist (Dulquer Salmaan) is championing.

One of Balki’s most famous ads from his Lowe Lintas (one of the biggest ad agencies in India) days is the one he made for mobile telecom operator Idea. In the ad — with “What an Idea, Sirjee!” as tagline — seemingly complex social issues (like communal riots) are ‘solved’ using an innovative method (linking of a person’s identity with his/her mobile number). While it’s the kind of flashy idea that works in a 60-second ad, Balki probably didn’t realise that in a feature-length film he’ll have to investigate deeper, and a one-line idea won’t hold through.

What happened next is arguably the most harmful thing that has happened to Balki’s graph as a filmmaker: success.

In Cheeni Kum (2007), Balki directs a relationship between a man in his 60s (Amitabh Bachchan) and a woman in her 30s (Tabu). An ‘interesting’ idea for its time when such an age difference was looked down upon, Balki served up moderately enjoyable, off-centre romance. Fuelled by great banter between our leads, Bachchan and his on-screen mother (Zohra Sehgal), and also his pint-sized neighbour called Sexy (Swini Khara), the film made thrice the amount of its investment.

Similarly, in Paa (2009) — which relies on the conceit where the real-life son (Abhishek Bachchan) plays the ‘father’ of his real-life father (Amitabh Bachchan) — the film did a fine job of addressing ‘progressive values’ like a woman (Vidya Balan) agreeing to raise a child born out of wedlock. Balki again relied on witticism to lure his ‘family-friendly’ film to have uncomfortable conversations. The film approximately recovered four times its budget.

It was only in his next film — Shamitabh (2015) — that Balki’s facade began to fall. A tribute for Amitabh Bachchan’s voice, where he becomes the ‘voice’ for a mute actor (played by Dhanush), Balki’s film seems so enamoured and impressed with its conceit that he does nothing to build on it.

The second half of the film takes a generic A Star Is Born turn, where egos suffocate relationships. Interestingly, Bachchan’s Abhimaan (1973) is an adaptation of the Hollywood classic. It was an indication of Balki’s derivative directorial voice, something his later films have only gone on to highlight even more.

Ki and Ka (2016), a film about ‘reversed’ gender roles — where the woman is the breadwinner, and the man is a homemaker — is exactly the kind of film that inadvertently ends up becoming sexist because of the filmmakers’ own lack of introspection. A film that should have ideally concluded with something that blurs the fiercely gendered roles to make a modern marriage work ends up reinforcing the very gender roles it’s trying to preach against.

So consumed is Balki with making his anti-Abhimaan in 2016 that he even forces cameos by Amitabh and Jaya Bachchan into the film. What could’ve been a possibly delightful moment in any other film, the special appearance by the couple almost starts to feel like Balki flexing his proximity to them.

Misplaced idolisation of Big B

The Bachchan worship continues even in Chup, which dedicates itself to “80 years of Amitabh Bachchan”. The veteran actor gets a stiff cameo here too, where he underlines the merits and the need for valid film criticism. It seems as earnest as his polio vaccination Public Service Announcements, but is entirely misplaced in a film that starts out as a ‘dark comedy’ on the tenuous relationship between Bollywood and critics.

By its climax, Balki becomes painfully literal in his tribute to Guru Dutt: by repeatedly invoking Geeta Dutt’s vocals to punctuate a romance, setting up his climax in the very studio (Mehboob Studios) where Kaagaz Ke Phool was shot, and replicating an iconic VK Murthy shot from Pyaasa (1957) in the climax, to draw parallels between the protagonists in the two movies. There’s no doubt that Balki feels strongly about Dutt’s films, but the manner in which he doffs his hat is nowhere near as refined or well thought-out as Dutt’s films.

Balki has long hidden behind the tag of an ‘interesting’ filmmaker, who has an astute observational style, and is able to spot a good conceit. However, it’s time we recognised his limited ability with respect to mining these conceits for deeper insights. Most of his films have seemed so sufficient with their core idea that they’ve rarely seemed interested in working their way towards a conclusion earned through hours, months and possibly years of rewriting.

In his latest, Balki might spell out his respect for film criticism, but his film and his interviews suggest otherwise. By his own admission, the filmmaker didn’t read a single review after finding out that his directorial debut had been lampooned. Then how does he know how to engage with film criticism as a vocation after making an entire film around it, one might wonder? It’s probably because Balki doesn’t put a ‘film lover’ and a ‘film critic’ in the same bracket. And that’s a bigger tragedy that Balki should introspect on if he’s done with Guru Dutt’s abruptly shortened career.

What is the green comet bedazzling the night ...

Budget: How much sense does zero capital allo...

6:30 AM, 2 February, 2023 0
When significant credit growth is anticipated, it is essential to equip banks with adequate capital and adequate resources to meet such credit demand