Films are like people. They have a lifespan, they can seduce you, make them fall in love with you, and just like people, you can judge them, despise them, and even hurt them. For those who love cinema, the relationship can be obsessive, often overshadowing the connections they make in real life. Chup: Revenge of the Artist is about this obsessive love of cinema. It is a love story in a thriller’s clothing, if you will. The heroine Neela (Shreya Dhanwanthary) echoes this when she says you need cinema to feel alive, and life outside of it — the “real” life — is excruciatingly mundane. Many film-obsessed sociopaths, including the writer of this piece, would concur.

Most R. Balki films can be stripped down to one gimmicky idea: what if a sexagenarian fell for a 30-year-old (Cheeni Kum, 2007); what if a real-life father and son swapped roles on screen (Paa, 2009); or a mute person is blessed with the “Voice of God” (also known as Amitabh Bachchan — Shamitabh, 2015); what if the stereotypical gender roles in a marriage are reversed (Ki & Ka, 2016), and so on. Over the years, Balki has perfected the art of expanding these ideas into engaging stories. The central conceit of Chup is a similar ‘what if’ idea: what if a serial killer were to give star ratings to film critics while murdering them, giving them a taste of their own medicine? But it is also an ode to film love. It is as if this killer is akin to Shah Rukh Khan in Darr, with cinema being his K-Kiran. If that analogy sounds ludicrous to you, do note that Sunny Deol in Chup would remind you of his role from Darr where he was similarly chasing a psycho. Incidentally, it’s refreshing to see Sunny toning things down a few notches. The guttural scream we hear in the trailer wasn’t his.

Unlike what social media would have you believe, film criticism is not like food blogging. It is a time-honoured discipline with a complex craft of its own. At its best, good film criticism approaches literature in its sublimity. One can read Pauline Kael’s or Roger Ebert’s critiques simply for the pleasure of it, without bothering to watch the respective films they wrote about. The end result is not to recommend “yay or nay”. The idea is to help audiences get a deeper understanding and appreciation of cinema. And it has the potential to go even farther. Like Old Man Aristotle once said, “A critic can inspire great art.” That statement is as far away from modern YouTube film reviews as chalk is from cheeseballs. Most of it doesn’t go beyond frivolous rants about the quality of script/ acting, the plot and a thumbs-up or a thumbs-down. 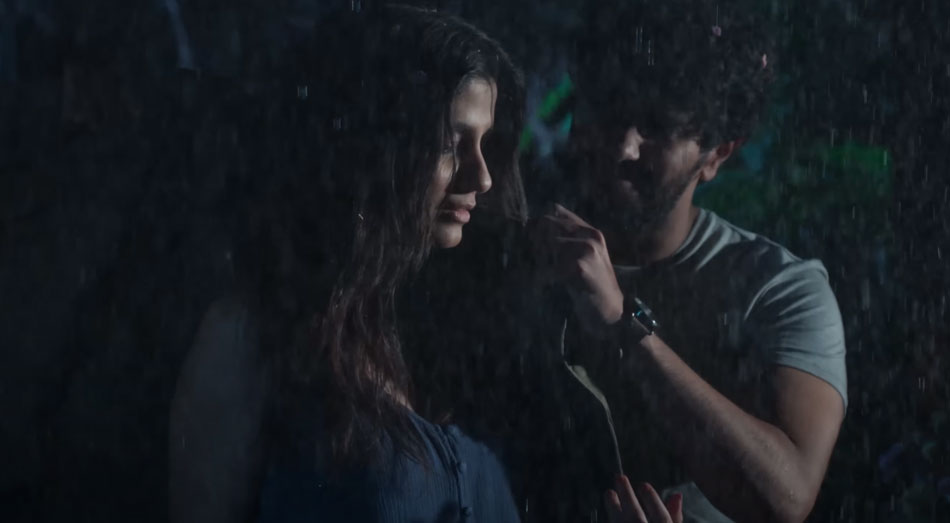 Chup goes out on a limb to say that irresponsible film criticism can have disastrous consequences on the film and its maker. One of the prime examples it holds up for everyone to see is Guru Dutt. Kaagaz Ke Phool (1959), his most personal film, was a resounding failure and the filmmaker never quite recovered from it. He never held the director’s baton again, though he continued to produce seminal films like Chaudhvin ka Chand (1960) and Saheb Bibi Aur Ghulam (1962). But the assertion that the negative criticism caused the film to fail might not be entirely accurate.

Nasreen Munni Kabir writes in her book Guru Dutt: A Life in Cinema (1996), “The rejection of Kaagaz Ke Phool by the audience was all too personal. Event Johnnie Walker, in the role of the rich, eccentric and anglicized Rocky (the name is itself an anglicisation of Rakesh), did not manage to lessen the film’s dark pessimism for audiences.” She quotes Raj Khosla, Guru Dutt’s assistant and protege: “We went for the premiere at Maratha Mandir. We knew the picture had failed because of the reaction of the audience at the matinee show, the three and six o’clock shows. Now who will face Guru Dutt and tell him? I went to him just before the interval. He was sitting alone quietly in a corner of the theatre. He said, ‘Raj, it’s a stillborn child.’…He never recovered from that hurt. He felt as if the world had suffocated him….He was hurt because people didn’t understand his film. I remember him telling me, ‘Raj, I might not have been able to communicate. Kuchh to baat hui hogi. Why should the audience not understand me?’ He had made a great film. There is a saying, ‘How does one play the flute for buffaloes?’ The audience had to be on his level to understand the film.” Guru Dutt did die of a broken heart, but the critics’ invisible hand in it is a bit of a stretch. It is the audience that let him down.

Historically speaking, the critics and the box office have often been at odds with each other. Reviews of many ‘crore club’ films of the past two decades will substantiate this. Having said that, the critic’s role in shaping audience opinion and thereby having some impact on a film’s success or failure is undeniable. Chup even underscores the importance of a critic in the movie ecosystem through an Amitabh Bachchan cameo. It takes its time to point out that the job of a critic is not just to pan or praise a film, but to encourage the audience to have better taste. The film feels like a whodunit initially, but you don’t need to be a seasoned thriller aficionado to guess who has been doing all the slashing and cutting. But this doesn’t take away from the film. It’s somewhat Hitchcockian in the sense that in all his films, you knew who the killer was from the get-go. Those films were about how or why the crime had been committed, and how the perp was ultimately brought to justice.

But from a purely personal perspective, one could say that Chup’s real triumph is its all-consuming passion for cinema. How many movie references, hat-tips and Easter eggs can you cram in one film without getting on anyone’s nerves? Some of them were even unintended. Any ardent 1990s film-lover can’t help thinking of Angrakshak (1995), seeing Sunny Deol and Pooja Bhatt share screen space after 27 years. There are bits that echo Giuseppe Tornatore’s Cinema Paradiso (1988). Shreya’s character is called Neela. Saranya Ponvannan, who plays her mother, was the female lead in Mani Ratnam’s Nayakan (1987). She was also called Neela in that film. Experiencing S.D. Burman’s music and Geeta Dutt’s ethereal voice inside a theatre in 2022 is bound to induce gooseflesh. The motif of Jaane kya tuney kahi keeps playing over and over, both in Geeta’s voice and then in a number of instrumental renditions. Right from paper flowers to a reenactment of the iconic Christ pose from Pyaasa, Guru Dutt is a formidable presence in the film.

To get Raja Sen to co-write a film about the serial murder of movie critics was as meta as it could possibly get. What comes through in every frame of Chup is Sen’s and R. Balki’s abiding film love. Film buffs have been following Dulquer Salmaan’s Malayalam filmography for almost a decade now, and he delivers the goods every darn time. Chup is no exception. Shreya is stunning, and works as a stand-in for many of us. Ultimately, Chup has its foibles, but it’s easy to fall in love with. Just like people.

Amborish Roychoudhury is a National Award-winning writer and film historian