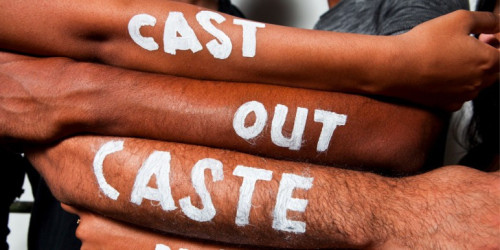 Not very long ago, the country was witness to a cruel prevalence of caste segregation in Tamil Nadu when the Dalit community in a Vellore village had to lower the corpse of its dead from a 20-foot-high bridge over a river, after the Upper Caste refused to give access to the road to the community’s cremation ground.

While the DMK government, in its bid to avoid recurrence of such incidents, recently tabled a bill announcing an annual cash prize of ₹10 lakh for villages which have a common crematorium ground or graveyard, activists have given a mixed response to it with some wondering if it will help in rooting out the deep-entrenched casteism in Tamil Nadu villages. Even though a similar award was announced by the previous government to abolish casteism, an RTI reply has found that not a single village was selected for it between 2014 and 2019.

Villages displaying promising results of caste abolition were earlier awarded ₹2 lakh cash prize each. The reward was increased to ₹10 lakh in 2012 during the AIADMK rule. To be nominated for the award, a village must satisfy seven criterions.

Public places like temples, shops, public wells, lakes, hotels and barber shops should be used by all sections of people irrespective of their caste and creed. There should be no curb for general public to take water from private wells. Members of other caste should have rented their houses to individuals from Scheduled Castes and Scheduled Tribes communities. All communities must eat together in ‘Jamabandhi’ (feast in which people from all castes participate) organised during festivals. The members of other communities must invite SC/ST people to their functions. A village would qualify for the award if people have lived in peace and harmony for many years.

Stalin’s offer of ₹10 lakh for common crematorium or graveyard is a new addition to the award.

While there is no data available on the number of villagers who have won the award, a reply to an RTI filed by a Madurai based NGO ‘Witness For Justice’ in 2019, has revealed that between 2014 and 2019, none of the villages have been selected for this award. There is no record of the award given away in the subsequent year.

The NGO has, however, said that a total of 68 villages in 24 Tamil Nadu districts have been declared ‘untouchability free’ between 2016 and 2019. It also found out that as of 2020, around 373 villages from 32 districts are prone to caste atrocities.

However, it should be noted that some of the panchayats were awarded with cash prizes during Independence Day celebrations held this year.

The data poses the question whether Stalin’s offer can help his government completely abolish untouchability.

“It’s a big no,” says Kathir, founder, Evidence, an organisation working towards Dalit rights. “By providing cash awards, is the government accepting that untouchability is indeed practised in other villages?” he asked.

Stating that untouchability cannot be abolished through cash rewards, Kathir says the government should instead focus on other ways like sensitising students against caste bias from a young age and making it a part of the school curriculum and training panchayat leaders in tackling caste issues among others.

While welcoming the state’s move, S Nanda Kumar, general secretary, Thannatchi, an organisation working towards creating awareness about Panchayat Raj said though there is a lack of data on ‘untouchability-free’ panchayats, many panchayats are working towards eradication of untouchability on the ground without knowing that they are creating ‘caste-free’ villages in the process.

“By providing drinking water facilities to all the households, constructing homes for the needy and carrying out sanitation works, some of the panchayats have indeed eliminated untouchability. With the updated version of the award scheme, we can hope that more and more panchayats will be recognised for their work in the future,” he added.