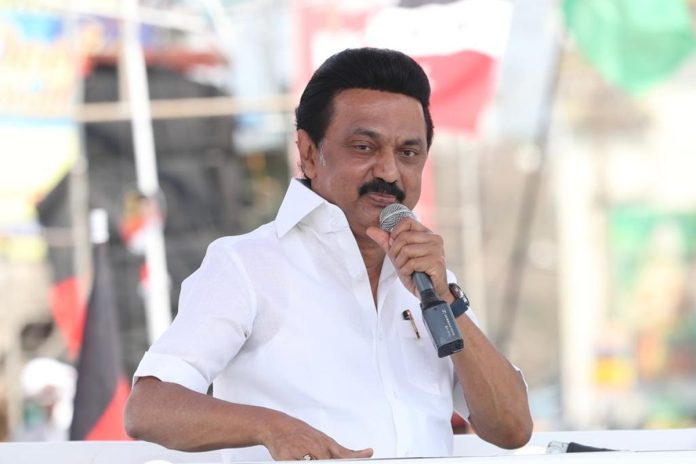 MK Stalin cited the example of how Article 356 was invoked to dismiss “elected Left and DMK governments decades ago" in Kerala and Tamil Nadu. File photo

Tamil Nadu Chief Minister M K Stalin recently raised the demand for a review and re-appraisal of the Constitution to make it truly federal.

Stalin made this demand at the CPI’s Kerala State conference’s session on federalism and Centre-State relations on Saturday (October 1). Stalin cited the example of how Article 356 was invoked to dismiss “elected Left and DMK governments decades ago” in Kerala and Tamil Nadu.

According to him, the Constitution is currently “quasi-federal” and it has to be amended to be “truly federal” and, to achieve this, the states have to keep raising their voice and work towards their goal.

There are five key reasons why Stalin feels the Constitution could use a review.

This is not the first time the DMK has asked to relook at Article 356, which was meant by the Constitution makers as a “dead letter” only to be used in dire situations. The DMK manifesto has repeatedly spoken of the party’s opposition to this “draconian provision” which brings discredit to India, the largest democracy in the world.

Article 356 states that the President can take control of a state if he/she is convinced that the state government machinery has broken down and cannot function as is. The emergency provision, also known as President’s rule, is then imposed.

A strong regional party like the DMK had never been in favour of extraordinary powers in the hands of the Centre.

After MGR’s death, his wife, Janaki Ramachandran, took over as party leader and the Chief Minister’s post, with support from some members of the party. After she won a ‘controversial’ vote at the Legislative Assembly, PM Rajiv Gandhi’s government invoked Article 356 to dismiss the administration.

President’s rule was invoked, once again, against the majority Karunanidhi government in 1991, over allegations that DMK leaders had associated with the LTTE, the Sri Lankan Tamil militant group.

In Kerala, Article 356 has been invoked seven times.

Stalin also raised the issue of how the Concurrent List, which is to be shared with states, is completely being taken over by the Union government gradually. The Central list is slowly but surely subsuming subjects under the Concurrent list, such as education, it is felt.

Further, Stalin felt that the power of the state governments was eroded and “rerouted”. According to him, financial rights were taken away from states through the Goods and Services Tax (GST) regime.

The Federal Webinar: GST may survive, but idea of ‘One nation, one tax’ may not

Moreover, the Centre was interfering in education and entrance tests like NEET, denying educational rights to all, he said. To Stalin, the National Education Policy (NEP) 2020 is just an “obstructive policy”. “It was designed as a “saffronisation and Hindi imposition policy,” and it curbed states from providing educational opportunities in tune with their policies, he argued.

Stalin, has time and again, alleged that the Union government is exercising its powers to “push its regressive views in the syllabus.” He stated that bringing education back to the state list was the right solution.

On his Twitter handle, the DMK chief said: “Amid excessive centralisation of powers by Union BJP Govt, the demand for a review & reappraisal of our constitution in order to make it truly federal becomes more important.”

However, he felt that their “lofty goals” could be achieved only if the progressive forces stood united and turned into an all-India force.

Stalin also opposed the BJP-led Centre’s proposals like “one nation-one election.” He argued that uniformity is not unity. “India is not a single government. It is a union of many states. Calling India a union is not wrong. Even the Constitution defines India as a union,” said Stalin, adding that after he had used the term, he was being seen as anti-national. “They (BJP) cannot even digest a term in the Constitution,” he said.

When Stalin came to power in 2021 in Tamil Nadu, he wrote a letter to the DMK cadres, in which he said: “Gone are the days when it was believed that only Hindi-speaking states make India. Now it is time for constructive politics, with a central focus on the states.”

“Whichever party comes to power at the Centre, it cannot neglect the states. It is time to support and embrace all kinds of races,” he said.

Stalin also slammed the BJP, saying its sole aim is to divide people by religion, language and culture. The fact that they call others separatists is the biggest joke of all, he reiterated.

The DMK chief alleged that the BJP is “born” to divide people for its selfish interests. According to the Dravidian leader, such a motive has been defeated in national politics many times. It will be defeated in the future too, he said, adding that BJP should not misunderstand its electoral success as the success of its ideology.

“This is my polite reminder to them. BJP will not succeed in its attempt to create a communal, casteist, autocratic; unitary India. The people of India will oppose them unitedly,” he said.

The answer to such autocratic tendency lies in autonomy for States and a strong federal structure, he stressed.

Stalin urged all states to come together as an “united voice” and become an all India-force to take on the BJP.  Individual voices here and there are not much use, he said, adding that to protect federalism, state autonomy and secularism, Opposition unity across the nation was critical.