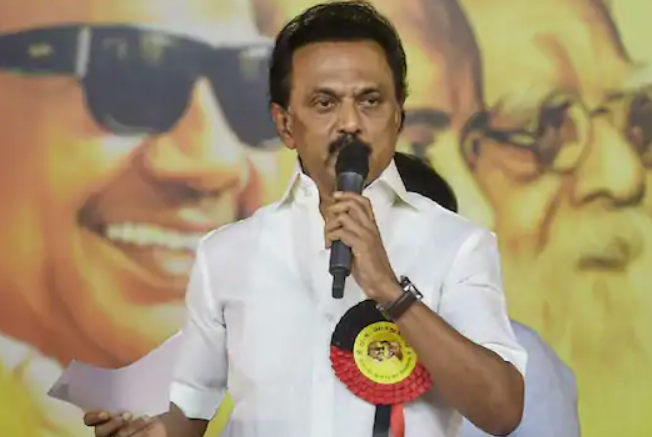 The MK Stalin-led party, the DMK is rewriting the rules of the political game in the state and slowly changing the dynamics of the state-Centre relations

The DMK party, which recently took over the reins of the Tamil Nadu government, is setting new trends and playing the political game in an understated manner.

According to political observers, a case in point has been the distribution of 14 kinds of food and household products to all the ration card holders on the occasion of  the party’s patriarch, the late M Karunanidhi’s birthday on June 3. It was done without much hype and this went down well with the people at large.

For example, while the AIADMK distributed welfare products during its regime, they would  paste a sticker of the late J Jayalalithaa, the party’s permanent general secretary. But such  kind of propaganda has been shunned by the DMK, even though some cadre fear that AIADMK could use these welfare bags, sans photos of either Karunanidhi or the Chief Minister MK Stalin, to claim they have distributed them during the next election campaign.

However, DMK’s trend-setting does not end there. It has actually devised a new way to address the Central government and in the process has earned the wrath of the BJP, both at the state and Central level.

Till date, at least in Tamil Nadu, the ordinary citizens perceived the Central government to be a powerful entity, and the states should pay obeisance to it. It is not accountable and the people of the state should agree to whatever action it took.

It had been a smooth ride for the state till this status quo was maintained. The state got a few perks for showering the Centre with respect. But now, DMK has disturbed this status quo and reduced the Centre’s grand aura by referring it as ‘Union government’, instead of the traditional ‘Central government’. The party also held that the ‘Union government’ is responsible for all its actions. So, now there has been a not-so subtle shift in the notion that Tamils had till now that the Central government is beyond any accountability and is all powerful.

It may seem odd that people from Tamil Nadu are making a big deal and fuss about this change in the way the Central government is being addressed. ‘Union Government’ or ‘Union Minister’ have been in use for a long time. The reality, however, is that these English words are used by English media but the equivalent word such as ‘Ondriya Arasu’ in Tamil was not customarily used by the Tamil media. Instead, they opted for the translated Tamil word such as ‘Maththiya Arasu’  ‘Maiyya Arasu’ or ‘Naduvan Arasu’ to refer to the Central government.

So, when all the ministers, DMK MLAs and cadre started using ‘Ondriya Arasu’ to talk about the Central government, it is being viewed as some sort of a silent revolution. Even the intelligentsia in the state has started deploying this new moniker while posting articles on social media.

Context for the need of Ondriya Arasu

“The need for the word ‘Ondriya Arasu’ should be seen and understood based on what is happening now,” asserted Aazhi Senthilnathan, a writer and language activist.

During Annadurai and Karunanidhi’s time, they freely used ‘Maththiya Arasu’ more than the ‘Ondriya Arasu’ because there was no threat to the federal structure or the autonomy of the state, he pointed out.

“But now the situation has changed. The Centre wants all the power to itself. Because of that, the states have slowly started to lose their powers and rights. It is in this political backdrop, the DMK is striving to assert that Centre is not actually a ‘Central Government’ but only a ‘Union Government’. This has not gone well with the BJP and they see this as a slight and it angers them,” said Senthilnathan.

Interestingly, BJP also has tried to push its ideology with the use of various nomenclatures. For example, it is more acceptable towards ‘Bharath’ than ‘India’, he added.

“Now, to counter DMK, the BJP has started saying that Tamil Nadu should not be called as ‘Tamil Nadu’ but as ‘Tamilagam’. While there is nothing wrong in using the word ‘Tamilagam’, politically, culturally, literature wise and legally, ‘Tamil Nadu’ is the proper word that should be used officially,” said Senthilnathan.

Backlash to the new way of address

This new way of addressing the Centre has reportedly led to a backlash from the BJP. There are whispers that this cost the TN state’s finance minister and he had lost an opportunity to become a part of the Group of Ministers (GoM) in the GST Council. Moreover, the state has not received proper allocation over COVID-19 vaccines and it did not get the permission to operate HLL in Chengalpattu district to produce vaccines by the state government has been delayed.

But how much of these allegations are true? “Whether the Centre has acted in good manners before? No. For the last 50 years, it always had an animosity with Tamil Nadu. So, saying that usage of the word ‘Union Government’ is the sole reason for the state being discriminated is wrong,” said Manushya Puthiran, one of the DMK’s spokespersons and a poet.

According to him, the BJP bringing up the ‘Tamilagam’ narrative is a move to learn how Tamils respond to change of names.

“Probably they are planning to change Tamil Nadu to ‘Dakshin Pradesh’. They probably want to know the reactions of Tamils, so the BJP has come up with ‘Tamilagam’ to replace ‘Tamil Nadu’. Nothing more,” he said.