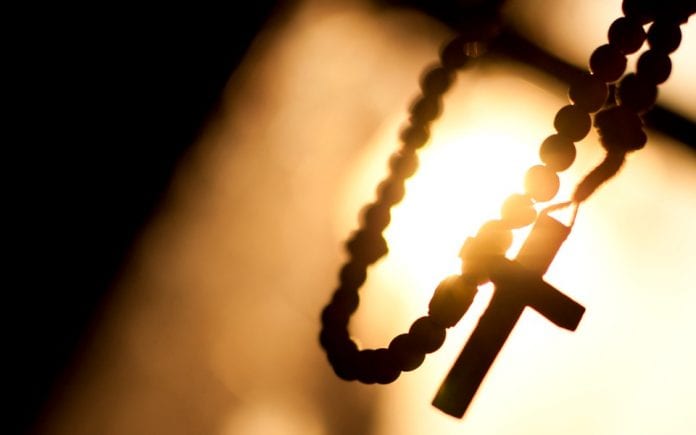 Kicking up a debate, an influential Catholic church in Kerala has said, “Love Jihad is a reality,” and alleged that scores of women from the Christian community from Kerala were being lured into the trap of Islamic State (IS) and used in terror activities.

The synod of Syro-Malabar Church, an apex body of Catholic Bishops chaired by Cardinal George Alencherry, also accused the state police of not viewing the matter cautiously and taking timely action in ‘Love Jihad’ cases.

Denying the charges, the Popular Front of India (PFI), an Islamic outfit, questioned the “timing” of the statement and urged the Church to withdraw it immediately “as it would only help create division amid growing unity among various sections of society against Hindutva Fascism.”

The Viswa Hindu Parishad (VHP) welcomed the Church statement and called for a united fight against Love Jihad in Kerala Society.

An official of the Kerala State Women’s Commission refused to comment, considering the sensitivity involved in the matter. There was no immediate reaction from the police and government as well.

“There are circumstances in which Christian girls are killed in the name of Love Jihad in Kerala,” the Synod has alleged in a statement issued through Syro-Malabar Media Commission here on Tuesday (January 14) night, referring to the attacks against Christians across the world.

The Synod has termed the killing of Christians in Nigeria on Christmas day “shocking”.

The Synod, referring to a police record, said that out of 21 people who were recruited into Islamic State terror outfit, half of them were converted from Christian faith and it should be an eye-opener for the community.

Noting that unofficial accounts say many girls were being used in terror activities through Love Jihad, the Synod said it was a serious matter and such accounts state that Love Jihad is not only “in the imagination”.

The Synod, however, said it was not assessing the Love Jihad as an issue affecting the friendship between religions and urged the government to treat it as one related to law and order and not as a religious matter.

The Church demanded speedy action against the culprits involved in the Love Jihad. It also called for efforts to sensitise parents and children about the dangers of Love Jihad.

The PFI, often being accused of playing key roles in alleged Love Jihad cases in Kerala, claimed that the state police, after conducting a thorough probe, had earlier submitted a report in the Kerala High Court, stating that there were no cases of Love Jihad in the state.

“The Church is raising such a baseless allegation at a time when the minorities including Muslims and Christians and the people of Hindu community are in a joint fight against the Fascist government at the Centre. Their untimely statement would only help divert the people’s attention from the key issues that society is facing at present”, Elamaram said.

Urging the Bishops to immediately withdraw the statement, he said, “I don’t know what is their interest in making such a statement at this juncture.” Not a single Muslim community is holding Love Jihad to increase the number of Muslims here, claimed Elamaram.

Asked about the Bishops allegations that Christian girls are targeted and recruited to Islamic State terror outift, the PFI leader said not a single Muslim organisation in India have recognised the Islamic State and such recruitments should not be seen as part of jihad as doubts prevail in minds on who created the IS.

Former president of the VHP, SJR Kumar claimed that Love Jihad exists in Kerala society. He alleged that there were centres in Kerala to “convert Hindu and Christian girls who are being lured into the trap of love by youths with criminal backgrounds”.

“We have brought this issue into the attention of the Kerala society much earlier. But nobody listened to us. Now, we are happy that the Bishops have realised the threat of Love Jihad. It is the time of a joint fight against this menace,” Kumar said.