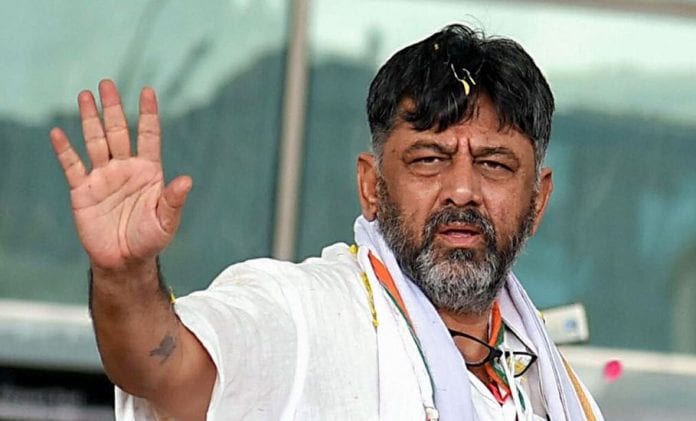 With Karnataka Assembly elections around the corner, DK Shivakumar asked Bommai to pack up as the Congress is all set to come to power in the state

Asking Chief Minister Basavaraj Bommai and ministers to “pack up” with Assembly polls around the corner, Karnataka Congress president D K Shivakumar on Tuesday (January 24) said his party will come to power and purify the Vidhana Soudha with dettol and Ganjala (cow urine), alleging that it was polluted by corruption during the BJP rule.

Also, hitting out at the ruling BJP and Bommai for leveling “false allegations” against previous Congress regime led by him, leader of Opposition Siddaramaiah too challenged the Karnataka CM to constitute a Supreme Court judge-led inquiry commission to probe both tenures, if his government has the guts.

“It’s about 40-45 days left for your government, pack your tents and do whatever collection that is left and go. We will come with dettol to clean Vidhana Soudha. I have even got some Ganjala (cow urine) for purification….people are wanting to get rid of this evil government,” Shivakumar said.

Speaking to reporters here, he said, “Bommai, better, tell all your ministers to pack up soon.”

The attack on the BJP government by the Congress leaders came a day after the ruling party filed a complaint with the Lokayukta against Siddaramaiah and Congress, alleging irregularities in TenderSURE projects, during their tenure.

State health minister K Sudhakar, quoting a CAG report, had alleged that there were financial irregularities to the tune of ₹35,000 crore under the Siddaramaiah-led Congress government.

Hitting back at Sudhakar’s allegations, Shivakumar asked as to what BJP was doing for the last three and a half years. “They were in power and should have ordered an inquiry and got it investigated.”

BJP has a “brand” of 40 per cent commission, and to cover up they were trying to make baseless allegations against Congress, he said.

Questioning as to why BJP old timers were not speaking up or reacting to allegations of corruption, and the ruling party was using someone like Sudhakar who had defected from the Congress to make counter allegations, he said, “You (BJP) are not able to make one person from your party speak. There are 32 groups in your party, I have got a list done…and you talk about us.”

Meanwhile, Siddaramaiah, hitting back at Bommai and BJP for levelling corruption charges against the previous Congress government headed by him, demanded a probe by a Supreme Court judge headed commission about alleged scams and corruption charges from 2013 to till now.

“The allegations about 40 per cent commission, PSI recruitment and COVID scam- let all those allegations that we have made, be combined with the allegations that they (BJP) are making against us now, and together they be handed over to an inquiry commission headed by a Supreme Court Judge. If they have guts, let them do it,” he challenged.

Targeting minister Sudhakar, Siddaramaiah pointed out, “he was Congress MLA during our government. Why was he quiet?”

BJP is panicking with fear of defeat in the election and was making baseless allegations. Anti Corruption Bureau (ACB) was repealed by high court, not by the BJP government. “We did not shut the Lokayukta as alleged by BJP,” he said.