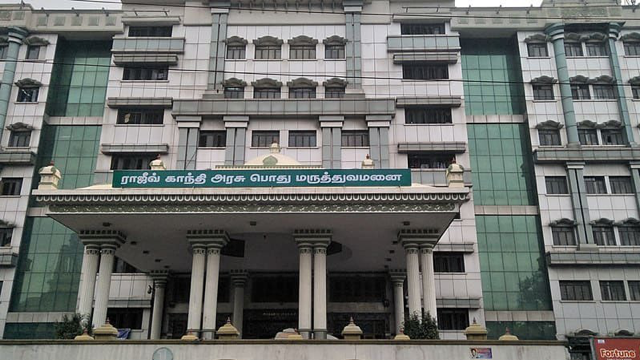 Currently, Tamil Nadu has 10,375 seats, of which 5,125 seats are in government colleges. With the additional 1,450 seats the number of MBBS seats in the State will climb to 11,825, the highest in the country. (Representational image)

Tamil Nadu is all set for the opening of 11 new medical colleges, with Prime Minister Narendra Modi inaugurating them on January 12. The PM will share the stage with Chief Minister MK Stalin in Virudhunagar district, where former Chief Minister K Kamaraj — regarded as the State’s ‘Father of Education’, was born. This marks Modi’s first visit to Tamil Nadu after Stalin became Chief Minister.

The 11 new medical colleges are established in the districts of Ariyalur, Dindigul, Krishnagiri, Kallakurichi, Nilgiris, Namakkal, Nagapattinam, Ramanathapuram, Tiruvallur, Tiruppur and Virudhunagar. While the ones in Namakkal, Ramanathapuram, Tiruvallur and Tiruppur have been allotted 100 seats each, the rest are allotted 150 seats. In all, the new colleges will have 1,450 seats.

During the AIADMK regime, the State had proposed 17 new medical colleges with an aim of starting one in each district where there are none at present. The State currently has 37 government medical colleges and, if it had received permission for all the new colleges, the number would have risen to 69, including private medical colleges. However, the Union government cleared only 11 of the 17.

Currently, Tamil Nadu has 10,375 seats, of which 5,125 seats are in government colleges. With the additional 1,450 seats the number of MBBS seats in the State will climb to 11,825, the highest in the country.

Since these new medical colleges are established with the support of the Union government, the State has to earmark 15% of the seats for the All India Quota (AIQ). In July 2021, State Health Minister Ma Subramanian, while calling the Union ministers in Delhi, had urged them to exempt the State from NEET and AIQ. It’s not clear what steps have been taken with regard to AIQ exemption. On the question of NEET, according to an RTI (Right to Information Act) reply, the Tamil Nadu Governor’s office has said that the Bill seeking exemption from NEET for the State is under ‘consideration’ with the Governor.

The colleges will be attached to existing district hospitals in the respective districts. Though the buildings are ready and students are going to be admitted soon, it is expected to take at least five years for these medical colleges to get full-fledged manpower and infrastructure, such as technicians and hostels.

“Besides infrastructure, the medical colleges and hospitals require well-experienced MD/MS doctors,” said Dr Prabhu Manoharan, a government doctor. “During the pandemic, the State saw many patients from other States coming here for treatment. This is because Tamil Nadu has experienced doctors. Since the State is retaining talent by providing 50% reservation to government medical doctors in the PG programme, we are able to shine in the field of health at the national level.”

All the new colleges have sufficient faculties. However, it is claimed that while many of the government doctors are awaiting promotion, the government plans to appoint teachers in these new medical colleges on a contractual basis.

“In other professions like police and court, the government is not appointing contract workers. Why then does it appoint medical fraternity alone in contract positions?” asked Manoharan.

Refuting the claim, Dr R Narayanababu, Director of Medical Education, said nearly 3,000 doctors are working on a contractual basis to handle COVID in the State. Of these, about 1,500 are PG degree holders and 500 are super specialty doctors. The remaining are UG degree holders and diploma holders.

“We have surplus doctors in Tamil Nadu. We are keeping those 3,000 doctors on contract for more than two years because we don’t have the place to accommodate them. As far as new medical colleges are concerned, all the staff will be appointed permanently,” said Narayanababu.

Dr GR Ravindranath, General Secretary, Doctors Association for Social Equality, said that since the colleges are supported by the Union government, the State should watch out for intrusion by private players.

“Earlier, in Gujarat, on the basis of public private partnership, one of the district hospitals was converted into ‘Gujarat Adani Institute of Medical Sciences’. Similarly, in Rajasthan, some of the district hospitals were linked with private medical colleges, due to which half of the government beds in the hospitals were converted into paid beds. Tamil Nadu should be careful enough to prevent such interference by private players,” he said.

Former Union Health Minister Harsh Vardan, replying to a question in the Lok Sabha in February 2021, had said the Centre had approved the launch of 157 new medical colleges under a Centrally sponsored scheme. The 11 colleges in Tamil Nadu come under this scheme. The estimated budget for each of these colleges is ₹325 crore, of which 60% will be borne by the Centre.

“Of the 157 colleges, 63 have started functioning. About 39 colleges including the 11 in Tamil Nadu are going to function soon,” said Dr S Ramadoss, chief of Pattali Makkal Katchi, in a statement on January 2, 2022. “It is said that there is no improvement with regard to the remaining 55 colleges. Though funds have been allocated to set up those colleges, due to various reasons like lack of funds, those colleges haven’t seen the light of day. The scheme for establishing new colleges was announced between 2014 and 2019. The delay in starting those colleges even after seven years of announcement cannot be justified.”