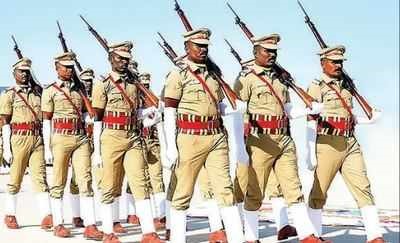 The dearth of land for police training sites and with cases like accidental deaths it is probably time the police went in for simulator training, said experts

The death of a 11-year-old boy, who was hit by a stray bullet during a shooting exercise near the Pasumalaipatti firing range in Pudukottai district, has raised questions once again on whether the Tamil Nadu police should be given simulator shooting training.

Teams from the Central Industrial Security Force and the state police were carrying out firing exercises at the Tamil Nadu police firing range at Narthamalai village on December 30 when the incident occurred. During the training, a stray bullet hit 11-year-old K Pugazhendhi, who was having lunch at his grandparent’s house located two kilometers from the range.

He was immediately rushed to the Thanjavur Medical College and Hospital and a 9 mm bullet was removed. Pugazhendhi was in ICU for three days but he succumbed to the injury on January 3. Following the uproar over the accident, the police firing range has been temporarily shut. A case has also been booked under IPC Section 304-A (causing death by negligence).

This is the first time an accidental death has occurred from a misfired bullet from a police firing training site in the state. However, this is not the first time a bullet has misfired and injured a civilian. On December 9, 2003, a stray bullet from the Central Reserve Police Force’s training centre in Veerapuram had hit a woman named Jothi Lakshmi on her right thigh. The bullet recovered from her had been fired from a 7.62 mm SLR (self-loading rifle).

The state police department is divided into four zones – the north, west, central and south. Each zone has at least one firing range and these ranges are located in districts such as Chennai, Kanchipuram (north zone), Dharmapuri and Erode (west zone), Pudukkottai (central zone) and Thoothukudi (south zone).

It is mandatory for the firing range officials to take some precautionary measures before they start their firing exercises. They are supposed to alert the nearby villages by sounding a bugle, hoist red flags and inform the local police. But it appears none of these safeguards were followed.

Bala, a villager from Narthamalai said that it is common practice for the bullets from the firing range to fall on the agricultural fields.

“The firing range has been here for nearly two decades. When I was young, I had seen red flags hoisted during the training. But over a period of time they have given up taking such precautions. In a year, for about 10 months we hear the firing shots. It starts as early as 5 am,” he said.

The officials from the firing range usually take permission for the programme a week before the training period, said Chandrakanth, sub-inspector, Keeranur police station. However, it is their responsibility to follow the rules and regulations.

Ramasubbu, an activist said that the Narthamalai firing range is flanked by a national highway (Madurai to Kollam) on one side and the Srivilliputtur reserve forest on the other.

“After this firing range was set up, many bought lands in the surrounding areas. Either the firing range should have prevented us from buying the land here or they should have not allowed the sale of these lands. They have done nothing and the people here are now suffering,” he said.

In 2014, a report in the Deccan Herald said the Indian Army was contemplating offering simulator shooting training due to lack of land. Many experts felt that with the dearth of land for such training sites and with cases like accidental deaths it is probably time the police went in for simulator training.

Currently, the one-year-old simulator shooting training centre is only available at the Tamil Nadu Police Academy, Chennai. Earlier the Tamil Nadu Commando Force, Chennai had a centre but it was based on an oudated model and has been shelved, he added. Police sources said the simulator training is provided only to the IPS level cadres.

A shooting coach turned police official, who requested anonymity explained that simulator training, which is conducted indoors, and the weapon has a sensor and recoil kits are used instead of ammunition.

“In normal training, a police personnel should be given at least 100 rounds to fire. The cost of one bullet is around Rs 60 to Rs 70 and this is the government rate. But the simulator training has no such expenses. In simulator training, we can correct the trainees, their postures and can adjust the distances etc.,” he added.

However, some experts felt that the simulator training will not be on par with on the ground training.

“Except higher officials, the lower rung police personnel are exposed to firearm training, once in a year. Many of them lack knowledge about the handling of arms like the .303 rifle. They must be given training regularly,” said Madan, a Chennai-based shooting coach.

This kind of accidents will not occur in the rifle clubs, where precision shooting is followed, said Madurai Rifle Club secretary S Vel Shankar.

“We aim and shoot at a single target and the training areas are well covered. Even the kind of arms we use are the ‘prohibited bore’ and ‘non-prohibited bore’. The civilians cannot use the ‘prohibited’ arms which are used by the police and defence. So in the rifle clubs, the possibility of such kind of untoward incidents happening are nil,” he said, adding that in police firing ranges since the training takes place outdoors, “accidents are bound to happen”.