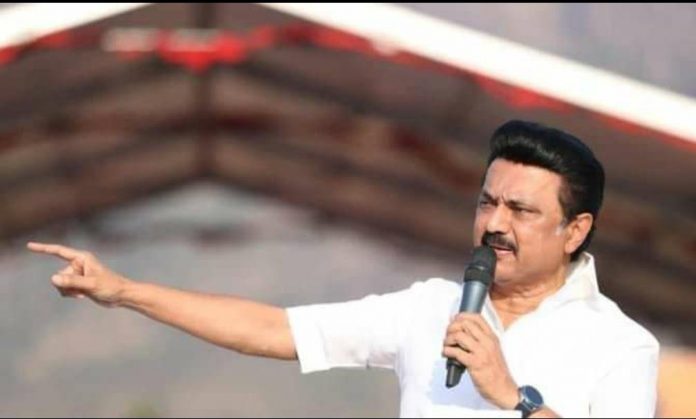 Since taking over as Tamil Nadu Chief Minister, MK Stalin's main task has been to contain and control the pandemic.

Tamil Nadu Chief Minister MK Stalin had chosen his Delhi appointments carefully to send the soft yet clear image of what his political priorities are, and where his heart lies.

While the meeting with Prime Minister Narendra Modi was strictly official — as between government-to-government — there was not even an informal meeting with the BP president and its important leader Amit Shah. Instead, Stalin chose to meet Sitaram Yechury (CPM) and D Raja (CPI), besides Sonia Gandhi and Rahul Gandhi, the tallest leaders of the Congress, sending out the clear message that the DMK remains steadfast on the plank of secularism, and would want a secular alternative to the BJP at the Centre.

The meeting with PM Modi is seen more as a customary submission of the State’s wish-list, which even the most diehard DMK follower knows will be by and large rejected by the NDA government. Therefore, the DMK does not expect any change of heart from the BJP leadership and its Union ministers on issues like NEET and CAA, which are pet subjects for the BJP’s ideological machine.

The Union government has also not favourably responded to the State government’s request to allow it to run the Integrated Vaccine Complex (IVC) in Tamil Nadu. The only solace for the state is that the Centre, on the strong prodding of the Supreme Court, has been forced to alter its vaccination policy and agree to purchase necessary doses itself and supply the same to the State governments free of charge.

The main task of the Stalin government, ever since it took over the reins of power on May 7, has been to contain and control the pandemic, which comes in the way of developmental efforts in the State. Therefore, the state’s strained financial situation would get some relief if the Centre maintains the vaccine supply, that too free of cost.

The DMK government’s opposition to the eight-lane national highway from Salem, a project in which former Chief Minister Edappadi K Palaniswami (AIADMK) was personally interested, and the Mekedatu project in Karnataka, would land the BJP in a fix. The Union government has to decide whether it is ready to displease the AIADMK, especially the Palaniswami camp, as far as the Salem project is concerned.

Similarly, it would have to disagree with the contention of its own BJP government in Karnataka if it has to accede to the DMK government demand on Mekedatu project. These are decisions which would have political implications for the BJP and its electoral ally, the AIADMK.

The DMK holds diametrically opposite views on issues like CAA, NEET and so on, and therefore there is little possibility of the Union government conceding much space to its government in Tamil Nadu. The Stalin government’s objection to hydrocarbon projects in the state could upset the Centre’s plans in this sector but at the most, the latter may have to go slow here.

There may be a formal statement by the Union government, expressing its commitment to the ongoing (dormant) AIIMS project in Madurai, and steps taken to expedite it. Other than that, there is no indication that it will step up investment in Tamil Nadu.

There is very little elbow room for the Modi government to go out of its way and placate Stalin, given the fierce opposition of the DMK to several such schemes of the Union government on ideological grounds. There is not much meeting ground either.

In effect, the Centre-state ties may not be a smooth flight but will certainly undergo turbulence from time to time, despite efforts to maintain good relations between the two governments. For Modi to have some effect on the DMK, the BJP and the BJP-led government at the Centre may first have to move away from decisions taken with the AIADMK as its partner.

Will the BJP be ready to give up a bird in the hand to aim for two in the bush? Therein lies the future of the BJP in Tamil Nadu.