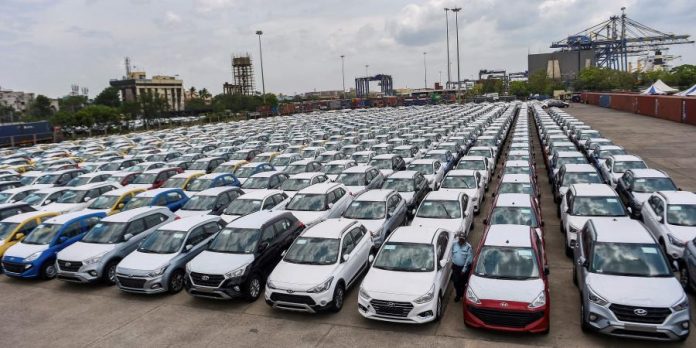 Experts hoped that TN's high-profile Economic Advisory Council will make the state attractive for investors once again. TN is known as the automotive capital of India. Pic: Representational purpose PTI

The formation of the high-level Tamil Nadu’s Economic Advisory Council, has created a definite buzz in all circles.

The announcement of the formation of the Council was made on the first day of the Assembly session on June 21 by the Governor Banwarilal Purohit in his address. Within hours after the announcement, a GO was passed. And, the speed at which the government acted showed the Chief Minister MK Stalin’s personal interest in the Council’s contribution towards the state.

Though it may look as if this step has been initiated by the government, it is believed that the state finance minister P Thiaga Rajan is the man behind the initiative. On the other hand, some quarters question PTR’s skill since the state has to depend on ‘foreign’ economists. Questions have also been raised regarding the need for a separate advisory panel when a State Development Council already exists.

“In educational institutions, we have internal and external examiners. The teachers in a school help the students through teaching and the teachers from outside provide global and third party perspectives. Likewise, the economic advisory panel may help to bring foreign direct investments (FDI), etc.,” said Suresh Sambandam, convenor, Dream Tamil Nadu Foundation.

Both the Councils will work together, he said.

“I don’t think there would be any conflict. It looks like a master plan because the members share different ideologies. While Esther Duflo, S Narayan and Jean Dreze are left leaning, the other two – Raghuram Rajan and Aravind Subramaniam have a capitalist view,” pointed out Sambandam. Also, adding for good measure that he hoped they all work together.

Job creation should be the priority of the Economic Advisory Council, averred Sambandam.

“Distributed job creation and putting money in people’s hands should be their first objective. Besides, they have to work on three major areas. One, to turn Tamil Nadu into a most attractive state within India. Already, we are known as the ‘Automotive capital of India’. When we earn such titles, more and more investors approach us. Two, they must work towards bringing FDI and third, they need to increase entrepreneurial drive in the long term,” he said.

“It is a fact that Tamil Nadu is a land of freebies. Besides, about 50 per cent of its GDP is going as subsidies. By providing freebies, the Dravidian parties in the last 50 years have made the people passive and in a state of stasis. Until their skills and talents are not tapped, there will be no development. Only through employment, income generation can happen,” he said.

Sarvanan however expressed his doubts over how far the state government will implement the advice provided by the panel.

“The problem with the advisory panel is that all the members will look at economics from the point of view of the markets. Tamil Nadu is a state where social justice and freebies are priorities. Can the state immediately adapt to markets by leaving social justice aside? Do the members know the ground reality and history of polity of this land? These are the major questions that need to be addressed,” added Saravanan.

Advisory panel is to save the image

The DMK has firmly established its tradition of glorifying its rule by unexpected announcements that would lead people nowhere, felt economist and former Income Tax official Bhaskaran Krishnamurthy.

“The five-member expert committee to advise the government on economic issues is one such move. There is no doubt that all the five members are truly big names in the field. Chief Minister Stalin seems to be interested in doing good. Yet, he has inherent problems that block his way for good governance,” he said.

The formation of an advisory committee is to create an impression that this government is working against odds and that many new ideas are being experimented on to save the state from a major crisis. In case it fails to deliver desired results, the government could escape saying that it had done everything possible to set things right.

Not a first time

While it is the first time for TN to set up an economic advisory council with such luminaries, taking the advice of an ‘outsider’ is definitely not the first time. There have been economists in the past who have helped previous state governments to chart a growth story. And, they were not from TN.

Between 1996 and 2001, renowned economist Jeffrey Sachs has served as an advisor to the MK Karunanidhi government. In 2002, the then CM, J Jayalithaa introduced state-level development goals based on economist Nirupam Bajpsi’s work. Those goals included education for girls, electrifying all the villages, providing Internet connectivity and strengthening the local bodies. It is also claimed that Bajpsi’s work helped the state in implementing various tax and expenditure reforms.

Interestingly, even before Esther Duflo was awarded the Nobel prize, she was roped in by the former CM J Jayalalithaa in 2014. The late CM had signed an MoU with Duflo’s ‘Poverty Action Lab’ and the economist had carried out studies on mid-day meals scheme, etc.

Even as people are applauding this initiative by TN, there are others who are criticising the government for roping in ‘outsiders’ instead of tapping the knowledge within the state. The state BJP unit has gone to the extent of questioning the lack of a Dravidian among the members of the advisory panel. Where is the social justice in this? they asked.