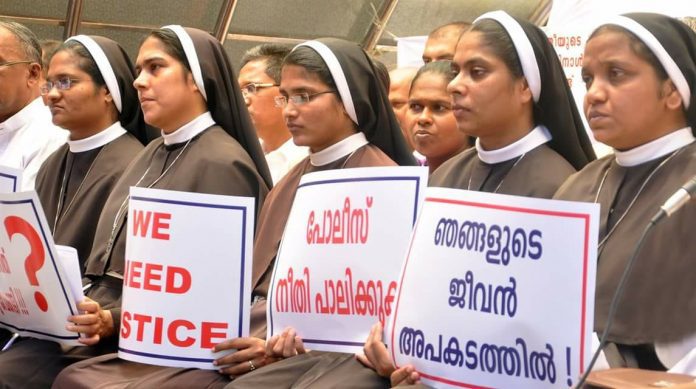 After a court acquitted former Bishop Franco Mulakkal of raping a nun as the prosecution was not able to prove guilt beyond reasonable doubt, her colleagues said the judiciary failed to deliver justice.

Four nuns of the St Francis Mission Home in Kuravilangad, who have been protesting against the Bishop and standing by the victim nun, said they will appeal against the verdict.

“The victim did not get justice. In fact, the judiciary failed to deliver justice which we had got from the police and prosecution. We will continue to fight for justice no matter what comes,” a nun told reporters, according to a Malayala Manorama report.

She said the verdict proves that people with money and power can get away with any crime whereas common people should remain silent and not complain.

When asked if they felt anything went wrong during the trial, she said, “Everything has been fine until the trial period. The case was undermined after that.”

“There’s no doubt that the victim didn’t get justice. Further steps have to be initiated to ensure that she gets justice,” said sister Lucy Kalappurackal, who had led the protest against the Bishop and was expelled from her congregation for doing so.

After the Additional District and Sessions Court, Kottayam, Kerala, acquitted him of the rape charges, Mulakkal uttered: “Praise the Lord.”