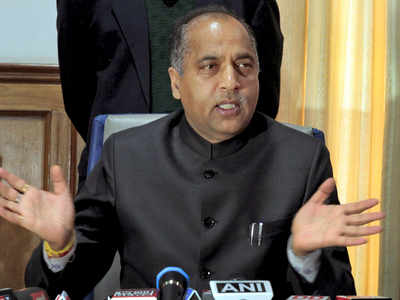 The ruling BJP’s comprehensive rout in the bypolls for three assembly seats and one parliamentary seat in Himachal Pradesh, exactly a year before the state is due for assembly elections, can best be described as on outpouring of myriad emotions by the electorate.

Perhaps, most prominently, there was the massive sympathy wave that propelled Congress’ Pratibha Singh, widow of former Chief Minister and Rampur-Bushahr royal Virbhadra Singh, to victory in the Mandi Lok Sabha seat. The results also indicate the hill electorate’s growing disenchantment with the BJP over issues of unemployment, private-sector oriented reforms in the apple farming sector and rising fuel and LPG prices in the state.

Considering that the BJP, which had won all four Lok Sabha seats in the Himalayan state in the 2014 and 2019 polls, even registering a near 70 per cent vote share, the highest across all states in the latter elections and having swept the 2018 assembly elections as well, the 2021 bypoll results can be seen as a referendum against the party.

Chief Minister Jairam Thakur, who campaigned aggressively for the BJP in the bypolls but failed to even retain his home turf of Mandi in the BJP fold, had demanded votes on the basis of the performance of his government over the past four years. On Tuesday (November 2), the voters in Mandi Lok Sabha seat, which has 17 assembly segments within it, and those in the Arki, Fatehpur and Jubbal-Kotkhai assembly constituencies, gave Thakur an unequivocal thumbs-down to his pitch of good governance under BJP rule.

Though bypolls are never an accurate barometer of voter sentiment across a state, there are ample reasons to suggest why the current set of results, including that for the Mandi Lok Sabha constituency, needs to worry the BJP in Himachal. The loss in Mandi is as much a vote of sympathy for Congress’ Pratibha Singh, whose husband Virbhadra Singh was a six-term CM of the state and indisputably among Himachal’s tallest leaders, as it is against Thakur’s growing unpopularity, including within the BJP.

Virbhadra Singh, who won the Arki assembly seat in the 2017 assembly polls – the Congress’ Sanjay Awasthi won the bypoll here, on November 2, – had succumbed to COVID in July this year. As such, a sympathy vote for Pratibha and the Congress’ candidate in Arki, were to be expected despite the party being a divided house in the state for a better part of the past four years.

Thakur had pulled out all stops to prevent Pratibha’s victory on the seat that the BJP had, in 2019, won by a margin of over four lakh votes. Thakur campaigned extensively in the constituency over the past two months and tasked several state BJP leaders and his ministerial colleagues to do the same. In a state where nationalistic jingoism plays a substantial role in deciding electoral outcomes, the BJP had fielded a Kargil War veteran – Brigadier (retired) Khushal Chand Thakur, against Virbhadra’s widow – popularly addressed as Rani Sahiba by the locals – but this gambit too failed.

If the BJP’s defeat in Mandi is a personal embarrassment for Thakur, the Congress’ victory in the three assembly constituencies that went for bypolls simultaneously is also a bitter reality test for the ruling party and its policies.

Take the Jubbal-Kotkhai assembly seat, which the BJP had comfortably won in 2017. The bypoll here was necessitated by the demise of Narinder Bragta, a former horticulture minister and the sitting BJP MLA from Jubbal-Kotkhai. The BJP denied a ticket to Bragta’s son, Chetan Bragta and fielded greenhorn Neelam Seraik instead, with Thakur convincing party bosses in Delhi that the popularity of his government will see the saffron flag stay aflutter in the bypolls.

Chetan Bragta rebelled and contested as an independent. Though he lost to the Congress’ Rohit Thakur, grandson of another former CM – the late Thakur Ram Lal – Chetan finished a close second, while the BJP’s Seraik forfeited his deposit, polling a humiliating 2,644 votes only.

The BJP’s defeat in Jubbal-Kotkhai, which witnessed a record-breaking 78.71 per cent voter turnout in the bypoll, however, isn’t entirely on account of Chetan Bragta’s rebellion. Congress’ Rohit Thakur won the bypoll by a margin of 6,293 votes – highest victory margin across the three assembly bypolls – which would have still given him a lead of 3,649 votes over Chetan, had the rebel BJP candidate got all 2,644 votes polled by Seraik.

The poll outcome in Jubbal-Kotkhai, said BJP insiders in Himachal, was also the result of growing public anger among apple farmers in this constituency that is largely driven by the ‘apple economy’.

A senior BJP leader from the state told The Federal that the Thakur government’s “pro-private sector reforms” in the apple growing and sales sector have made apple farmers slaves of private companies like the Adani group, which is now among the largest stakeholders in the state’s apple economy.

“This year, there was a glut of apples but the private companies refused to buy the crop because companies like Adani said the fruit’s size was not satisfactory. As a result, the apple farmers were either forced to sell apples at throwaway prices or simply dump them at markets and even on roads and highways. There was massive anger against the state government,” said the leader.

The BJP also failed to wrest the Fatehpur seat, an old Congress bastion where bypoll was necessitated due to the demise of party veteran Sujan Singh Pathania. Fatehpur falls in the state’s Kangra belt, traditionally seen as the key to winning Himachal.

The Congress had fielded Pathania’s son Bhawani Singh, who has succeeded in his debut electoral foray. However, locals say Bhawani’s victory against the BJP’s Baldev Thakur wasn’t purely the result of sympathy for his late father.

“The Kangra area, just as other parts of Himachal, has been witnessing massive unemployment and the public is also agitated over spiralling prices of fuel and LPG cylinders. In Himachal, the rising cost of fuel and LPG cylinders is always a key driver in elections because this is a hill state and fuel consumption is always high due to long transportation time, weather conditions and farming methods,” said Dharamsala-based Ravi Joshi.

He continued, “After COVID, there has been a double whammy for the state as huge reverse migration of Himachalis returning to the state from other states where they had gone for jobs, has added to the growing frustration among people over rising unemployment. The BJP has made tall promises for increasing employment but done nothing at all.”

For the Congress, still struggling with its old foe – factional feuds among state leaders – and now devoid of its most electorally popular face – Virbhadra Singh – the BJP’s rout, doesn’t necessarily signal a revival of faith among the electorate in its leadership. The party still has to look for an acceptable face to offset the loss of Virbhadra, if it wants to wrest the state from the BJP in the assembly polls due in Himachal in November-December 2022.

Asha Kumari, Congress veteran and six-term MLA from Dalhousie told The Federal, “This is a great beginning for us and the beginning of the end of BJP’s misrule in Himachal but we have to stay on this path and not get distracted… Whatever internal problems we may have, we have to solve them among ourselves so that the BJP does not take advantage. There is still a lot of work to be done and we will need to stay the course if we want a comfortable victory next year.”