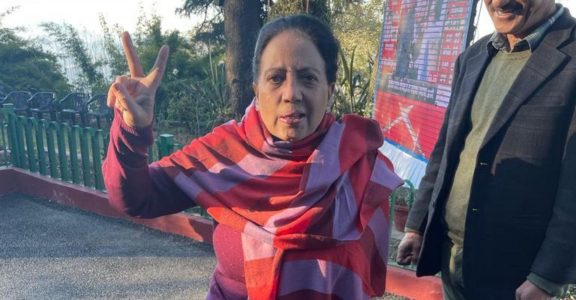 Earlier, in clear signs of trouble, supporters of chief ministerial aspirants resorted to protests and sources say a consensus is unlikely. The MLAs are expected to pass a resolution authorising the party president to pick the legislature party leader who will be the next chief minister.

Pratibha Singh, Congress MP and the wife of former chief minister Virbhadra Singh, has indicated that she is in the running for the chief minister’s post.

Reports say Pratibha Singh’s supporters even stopped the convoy of Bhupesh Baghel in Simla, putting pressure on the leadership to make her the new chief minister.

The CLP meet was to happen at 3 pm earlier. Pratibha’s supporters, who have been gathering at the party office since morning, had created a ruckus when Baghel and Hooda arrived for the party meeting.

If a stalemate continues, Priyanka Gandhi, who is at Ranthambore on a private visit to celebrate Sonia Gandhi’s 76th birthday, is likely to have one-on-one discussions with all MLAs as well as talk to Pratibha, now emerging as a lead contender for the CM post.

The Congress on Thursday won 40 seats in the 68-member Assembly in the hill state which maintained its tradition of not voting any incumbent government to power since 1985.

Congress leader Vikramaditya Singh said “collective will of MLAs will be kept in mind and then observers will convey the same to the high command”.

He said the government will be formed in two-three days.