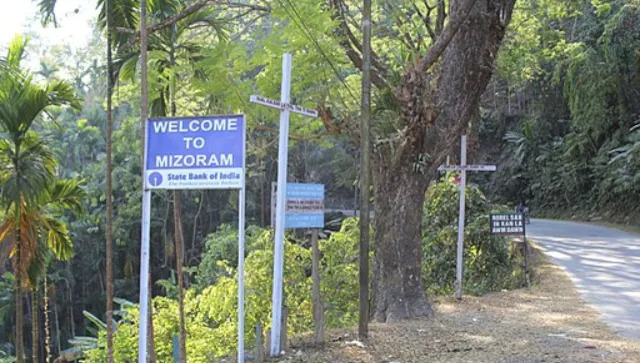 On the surface, everything seems to be calm, but embers continue to glow.

A day after the ongoing border dispute between Assam and Mizoram led to massive violence, which resulted in the death of at least five Assam police personnel, the situation still remains grim though there has been no escalation of violence. The situation was defused after Union Home Minister Amit Shah spoke to Chief Ministers of Assam and Mizoram Himanta Biswa Sarma and Zoramthanga respectively.

But there is no let-up in the war of words that could flare up the situation further.

Assam has upped the ante with the deployment of forces and said that it suspected the involvement of “non-state actors in the clash”.

Why Assam and Mizoram are at loggerheads? Watch our video story

According to witnesses, Assam police stepped back from a post that took over on Monday (July 26). The post, located in the disputed territory between both states, was handed back to Central Reserve Police Force (CRPF).

Sarma, who visited the spot on Tuesday, announced that three battalions of 4,000 soldiers will guard the disputed border at Silchar, Karimgang and Hailakandi, and reiterated that “Assam will not give away even an inch of its land”.

Mizoram hit back immediately, with Zoramthanga blaming “the Assamese police for provocation and firing first”.

“The Assam police, numbering over 200 and other officials intruded into Mizoram territory and overran the post maintained by the CRPF,” Zoramthanga said.

Alleging that shots were fired using machine guns, the Mizoram CM said grenades were thrown from the Assam side. However, he acknowledged the Mizoram police “started firing after that incident”.

Zoramthanga added the CRPF took over the disputed area which he termed a positive sign.

Talking to the media, Zoramthanga said at the recent meeting of North East chief ministers with Amit Shah, he raised the border dispute issue, seeking an early settlement.

Sarma, however, blamed “non-state actors for the clash”, apparently referring to some intruders from Myanmar.

Sarma said for the last six months, miscreants have been trying to encroach upon, but his government is committed to solving the dispute peacefully.

Sarma said many people from Myanmar entered Mizoram recently, and said he suspects those people could be involved in the clashes on July 26.

Sarma also said that many people who tried to enter from Myanmar were pushed back.

“We are firm on our stand to protect the territorial integrity of Assam at any cost. At the same time, we will ensure the safety of all civilians, either of Assam or from Mizoram,” the Assam CM said.

“The area is a reserve forest and it needs to be preserved for our future generations. The Mizoram government has accused Assam of building infrastructure, but in reality, we have not built any, and even satellite imageries back our claims,” he said.

Sarma also added that Mizoram has accused the Assam govt of settling people in those reserve forests, but in fact, it is Mizoram that is building infrastructure, clearing forests for cultivation. The CM added Assam would soon file a petition in the Supreme Court, seeking protection of the reserve forests.

Looking for a permanent solution

Both chief ministers, however, expressed eagerness to resolve the border dispute at the earliest and urged the Centre to take the initiative.

“We want a permanent solution and once the situation improves, we hope to solve it under the guidance of the Union Home Minister,” said Zoramthanga.

“This is an age-old border dispute and must be solved by CMs of both states of Mizoram and Assam under Amit Shah’s guidance,” Zoramthanga added.

Sarma also reiterated his counterpart’s line, pushing the ball to the Centre’s court.

The Assam CM also said that the Union Home Secretary has summoned DGPs of both Assam and Mizoram to New Delhi.

The Assam government has announced ₹50 lakh compensation to kin of the deceased policemen, Rs 1 lakh to the injured, and additional one-month salary to policemen deployed along the Mizoram border. Besides, the government also promised to give a government job to one family member of the decesed police personnel.