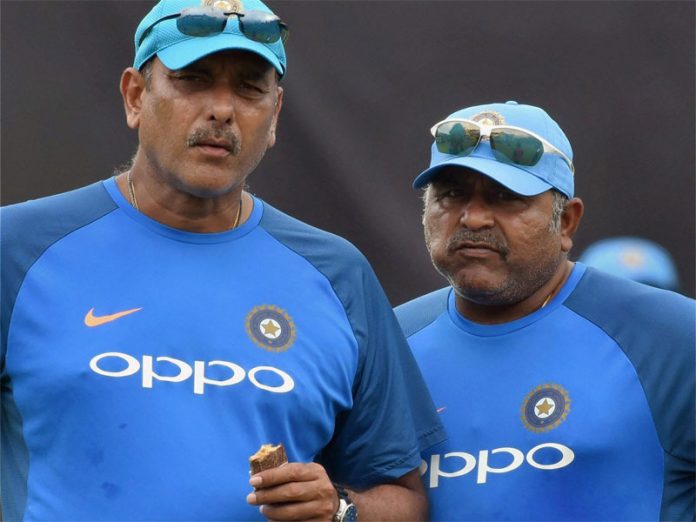 Head coach Ravi Shastri with bowling coach Bharat Arun. Shastri first took over the team in 2014 as director till the T20 World Cup in 2016 | File Photo

Head coach Ravi Shastri and other key members of the Indian cricket team backroom will likely quit after the T20 World Cup later this year, according to a report.

Shastri, bowling coach Bharat Arun, fielding coach R Sridhar and batting coach Vikram Rathour are all planning to move on to other ventures after the tournament, which will be held in the UAE in October-November, The Indian Express said.

Shastri has already informed some members of the Board of Control for Cricket in India that he does not want to renew his contract with the national team, the newspaper said.

Also read: Have a drink on me – why Ravi Shastri is cool with social media memes about him

Some of the other support staff, meanwhile, are already in talks with IPL teams, the report said quoting sources, adding the BCCI also wants a new management.

Shastri first took over the team in 2014 as director till the T20 World Cup in 2016, after which former spinner Anil Kumble was appointed for a year. Shastri was then made full-time coach in 2017 after India’s defeat in the Champions Trophy final. Under him, India won two away series in Australia before reaching the finals of the World Test Championship last month.

Also read: Dravid pads up as coach: Another long innings could be on the cards

Meanwhile, the BCCI has invited applications for the position of National Cricket Academy head, currently held by Rahul Dravid.

Dravid was appointed head of cricket in July 2019 after he worked extensively with the junior players as India U-19 and A coach.