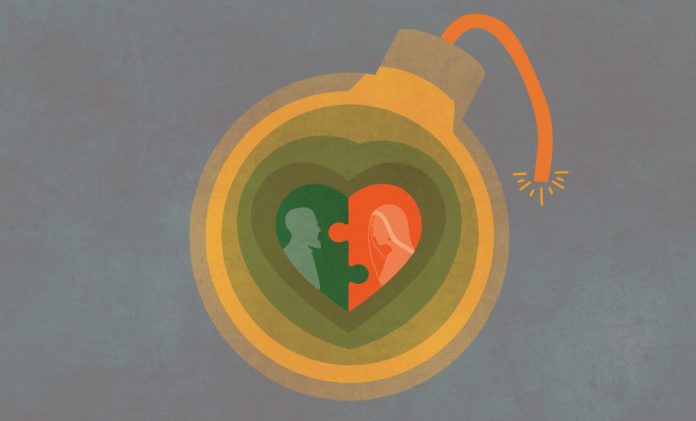 Last week, Kerala was once again in the news and for the wrong reasons. A Delhi University teacher, Rakesh Kumar Pandey, hit the headlines when he said that students from Kerala seeking admissions to the University were practising “marks jihad.”

The teacher’s problem was with the students passing out of the Kerala Board with 100 per cent marks and seeking admission to Delhi University. In a Facebook post, he said the Kerala Board was implementing ‘marks jihad’. What he meant to say was that the students from Kerala with Leftist ideology were trying to gain “ideological space” in Delhi University through college admissions.

The outlandish claims of the professor had no basis. When questioned by journalists, he said he had noticed a trend where a “large number of students” from Kerala were seeking admissions to DU and that led to his “apprehensions”, and he was only raising an alarm. The professor had no data to back up his claims. He said it was for the authorities to investigate his apprehensions.

The fact is that it’s not just Kerala, students from other states boards too have scored 100 per cent marks in their final school examinations in the states some of which are ruled by BJP and others by political Opposition. While it is unthinkable that a state board would be conspiring against a university, it only reflected a certain paranoia and bigotry.

And why did he choose to call it “marks jihad” because it was a ‘neutral term’ unlike ‘love jihad’ which had religious connotation. In the professor’s construct, he was only opposing the ideological Left. The polarisation of Indian politics is now threatening to politicise school pass-outs even before they enter campus.

The incident was strongly condemned by leaders of the Left and Congress. The RSS, considered the ideological fountainhead of the right, distanced itself from the controversy. But this is not the first time that Kerala is being painted in such dark shades. Kerala remains the only state with the Left government at the helm and is clearly an eyesore for BJP and its supporters professing right-wing ideology.

As a result, not just ‘marks jihad’, a number of other narratives, most of them patently false, are being built to undermine the Left which remains a red rag to the saffron party.

The word “Love Jihad” originated from Kerala. The suggestion is Hindu girls or brides are lured by Muslim boys feigning love and once they fall into their ‘trap’, they are forced into religious conversions.

While states like Uttar Pradesh and Madhya Pradesh brought laws to prevent ‘forced religious conversions’, there is no factual basis for “love Jihad”. It only served a purpose to divide the community and stigmatise inter-faith marriages.

Similarly, in the perception of some right-wing supporters, Kerala is a ‘den’ of ISIS jihadis. Last week, the National Investigation Agency or NIA arrested several suspects from Kerala, who were ‘sleeper cells’ of Islamic State operating in the state. Incidents and news reports such as these further reinforce the stereotyping of the state, though suspects were also arrested in BJP-ruled Karnataka.

The ignorance and socio-political bias of Uttar Pradesh police against non-Hindi citizens was evident when the police FIR against mothers and wives of two terror suspects last week gave the reasons for their arrest. The report said they took the women and their children sitting alongside a canal in Lucknow into custody as they were speaking in a “strange language”. They neither knew English nor Hindi.

Earlier, the UP police had arrested two suspects, who were office bearers of the extremist Islamic outfit, Popular Front of India. The two were lodged in a jail and their relatives had come from Kerala to Lucknow to meet them. Later police arrested them too for allegedly “forging” RTPCR reports which they had obtained to gain entry into the jail’s visitor gallery.

Kerala is suspect in the eyes of the right-wingers because of its unique demography. The state has 52 per cent Hindu population, the remaining being Christians and Muslims. This unique demography had kept the two-party system on a leash in the state alternatively governed by Congress-led United Democratic Front (UDF) and the CPM-led Left Democratic Front (LDF). The two fronts have been alternating with some exceptions — the recent election being one.

This time, a section of traditional Christian Congress supporters broke away from the UDF to back LDF. Traditionally, while a majority of Christians and Muslims had backed the UDF, the Left Front had larger backing of the Hindu support base. This slight alteration in the support base helped the Left to win the elections. A part of Christians was probably suspicious that with the return of UDF, Muslim leaders may get an upper hand, become ministers and enjoy power. They wanted to stall this.

The fallout between the two minority communities was a result of a development that took place in Turkey several nautical miles away from Kerala. The Christians were cut up that the world-famous Hagia Sophia museum in Istanbul — originally constructed as a cathedral — was turned back into a mosque.

To further make matters worse, bishops and priests of churches belonging to different orders in Kerala had begun to warn their followers of “love jihad” suggesting that young Christian women were targets of Muslim men.

This created an outrage in the state and the Left Front government rejected the claims. But outside the state, especially in the north, it helped further reinforce the non-existing concept of “love jihad” as right-wingers pointed out that “look even Christians are protesting against Muslims”.

Interestingly, what was not reported widely is the fact that nuns stood up bravely against the fake propaganda of their seniors and called it out. The nuns protested against the “love jihad” and “narcotics jihad” bogey and walked out of a church in Pala following their bishop’s controversial remarks.

The right-wing political parties and their supporters have all the right to oppose their rivals ideologically. But stigmatisation of communities on the basis of religion, resulting in promotion of bigotry, may only end in a disaster.