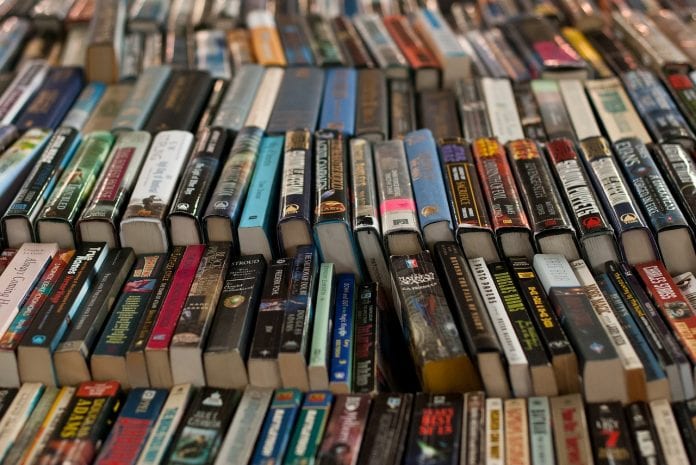 To be published and be damned, you must publish first.

That’s not so difficult as it used to be. Many leading publishing houses in this country, as must be the practice elsewhere in the world, now accept money from the author and bring out her words which she may mistake for the real thing.

And because there is no longer a clear way of establishing what is the real thing, thanks to the now fully integrated and technologically enabled philosophy of self-validation, we are caught up in a crisis of quality and judgment. In short, a crisis of sensibility. Our elected leaders are only the most visible manifestation of a massive artistic depletion that is taking place.

So, if a Dalit — or a similarly historically suppressed class, gender, or caste — writes a book, or makes a movie, the way we consume the product is, exactly as it is written,  not to see it as a work of art, but as an expression in history, an expression further empowered or enabled by our politically correct values of the moment: we treat art with sympathy, and our subject of judgment/engagement is not the art, but the artist.

One fall-out of this altered perspective is that the burden of immortality stakes that a work of art presumes is lessened. The book you wrote is not the one that is meant to keep the flame of your name alive for eternity. The posthumously delayed sense of gratification is redundant.

This constitutes a  massive shift in our expectations of the written word — and art in general. Consider this change against the background of the first written word, probably in the Sumerian language some 3,000 years BC. The written word, unlike the spoken, found a way to exist beyond the fickle memory span of a human. It survived on the more lasting material of solids: rock, stone, wood, leaves, paper. The spoken word, abstract as air, had to be nailed down, a sign carved in a solid.

By the same author: On Thrissur platter: Coffee, vodka, Saramago and a tale from Vietnam

The ambition of the written word was to survive not just your lifetime; it was to survive time itself. A great writer lives for the day after his death: what the world will talk about him and his words, as they come into wholeness once he ceases to exist. In short, the immortality stakes.

And it is those stakes that seem to be going out of fashion, along with the judgment yardsticks that go into measuring a novel, poem, or biography. If everyone is a writer, why bother to hold it to standards?

The tidal wave of identity politics, whose psychological underpinning is self-validation, has swept away old icons of writing, say, Hemingway ( toxic masculinity), Conrad ( racism), or Nabokov (pedophilia), for this reason. We are judging the correctness of lives depicted, not the art of the written word, the depiction itself. The aspirations of immortality that the written word assumes can no longer be taken for granted.

India’s publishing industry was worth about $700 million—until recently. Leading publishing houses used to bring 70 to 80 titles a month. This was before vanity publishing — I pay the publisher to get my book published — was accepted as a norm. Now that everybody can be a writer for a few hours, those numbers must be poised to go up.

When in the last couple of decades, big newspapers, starting with the leading English ones like the Times of India ( followed by Hindustan Times), started to feature paid-for-photographs of parties and personalities, there was an uproar in some social circles (whose offspring surely now lead the liberal revolution) that advertisements were being passed off as edit. Dumbing down, it was called.

Well, now that is the norm in publishing as well. But a similar expression of concern, if fleeting, is missing from the phenomenon of paid-for books even by established publishing houses. And the reason for this is that we have become at once more cynical (of the very subjective element of quality)  and generous (self-validation as historical correction of the injustice to groups). A consequence of this is what Baudelaire anticipated over a hundred years ago: everything is permitted, nothing is true.

As the world of publishing undergoes a radical change and norms shift, the genuine artist is confronted with a challenge. More than ever he must be true to his words.  And those words must be forged in experiences, aberrations from the narrow and the straight. One’s language is the material of one’s experiences. The good word will not come to her if she is merely correct. It will come from living. Her occupation is experience, not writing.

These very correct times prohibit you from falling — and failing. That is why this age belongs to the lumpen liberal, who leads his life to a prescription. Without original sins, there is no great redemption, which for a writer is the written word. But if the word, any word, will find the light of day if attached with cash, one can only say the Great Dumbing Down continues. The rest is silence. And in these shifting times, that could be a self-consuming art, too.

(CP Surendran is the author of One Love And The Many Lives of Osip B, published by Niyogi Books)