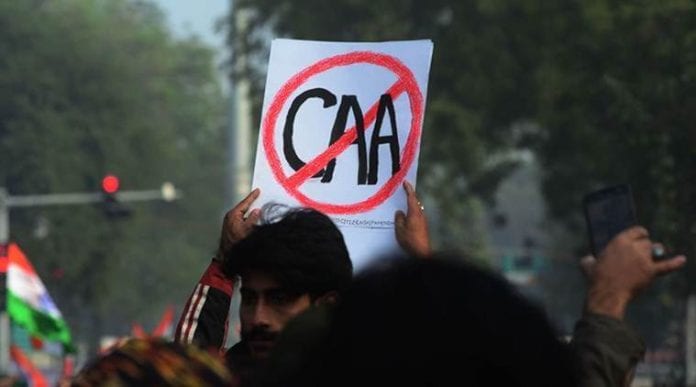 The Centre is directing the Assam government to issue ‘rejection’ slips to people excluded from the ‘final’ list of National Register of Citizens (NRC). This will leave 19 lakh people to the mercy of foreigners’ tribunals, which if not convinced could render them statelessness.

The issuance of rejection slip is a consolidation of a problem, not a solution. A person who receives a rejection slip must fight to prove that s/he is a citizen of India. According to the Centre’s standard operating procedure, a rejected person would have 120 days from the date of receiving the rejection slip to approach a foreigners’ tribunal (FT).

So far Assam is the only state that has experienced the havoc caused by the compilation of the National Register of Citizens, a process that took five years and cost ₹1,220 crore. The Centre is anxious that distribution of rejection slips has already been delayed because of COVID-19 and floods, and now wants it done immediately.

In spite of objections from the state government and the opposition, at a time when assembly elections are underway, the Union government is insisting on execution of the process. On March 23 a letter was sent from the office of the Registrar General of India (RGI), which comes under the Ministry of Home Affairs (MHA), to Assam Home Secretary SR Bhuyan. It stated that the supplementary list of exclusions and inclusions were published on August 31, 2019, on the directions of the Supreme Court. In the letter, the joint director asked the Assam government to assess the software used for managing the register and discontinue the ones not required. The letter said the state government’s requirement of ₹3.22 crore per month for the upkeep of records appeared to be “too high” and also asked to discontinue the additional staff.

Also read: How can an Indian establish citizenship with baggage of CAA?

The NRC process was strongly opposed and criticised for its innumerable defects and improper inclusions and extraneous exclusions. The state BJP government also did not agree with the way the exercise was conducted. It demanded re-verification of 30 per cent of names in the NRC. In November 2019, the state’s Finance Minister, Himanta Biswa Sarma, said Assam had asked the Centre to reject the updated final NRC. According to human rights activist Harsh Mander, the NRC exercise, if conducted across the country, would be catastrophic for the social fabric and future of India as a secular, democratic republic.

An official said laws exist to “detect, detain and deport illegal immigrants”, and the power to identify and deport foreign nationals staying illegally had been delegated to the states.

Initially, the NRC authority had listed 14 documents as admissible. These included the NRC of 1951, which Johara Begum (50) had submitted (of her parents), electoral rolls up to the midnight of March 24, 1971, land and revenue records, citizenship certificate and refugee registration certificate. Begum has been absconding as her petition was dismissed. That’s what she has to do, as she cannot go to Bangladesh.

Ali and his three brothers were listed among rejected persons. They have been trying to salvage any document they might have missed while applying for inclusion in the NRC. There are lakhs of people like Johara and Ali who will lose hope if the NRC authorities start issuing rejection slips. In the absence of any additional proof, the FT or the judiciary will not be able to help them get justice. An additional list of admissible documents includes ration card and certificate from the circle officer of the gram panchayat (in case of married women).

Another rejected person is petty trader Jamaluddin. He said: “What can we show beyond what we have already shown? What will stop them from finding fault with the fresh documents we submit?” Jamaluddin’s case is interesting. All 26 members of his family were excluded because his father’s name had minor alphabetical changes in different “admissible” documents, possibly due to clerical errors.

It is difficult for rejected persons to prove the fact of their time of arrival in India. The Unconditional Citizenship Demand Committee of Silchar of southern Assam studied whether the CAA would come to the rescue of excluded citizen. The committee said most rejected Bengali Hindus have been living in Assam before 1971. In order to get included, these people will first have to declare themselves as refugees who entered Assam between 1971 and 2014, which they are not. The committee felt that it would be a long, perhaps never-ending, legal battle for them, that will kill them and their descendants financially and psychologically.

The Supreme Court has directed the process to continue, which does not mean the SC has done the actual ground processing. But the BJP has put the onus on the Supreme Court. While the ministry always tags its letter with “NRC prepared as per directions of Supreme Court”. Can the party say that the defects in listing have the approval of SC?

On February 19, 2020, the NRC coordinator Hitesh Dev Sarma wrote to the deputy commissioner (DC) and district registrar of citizen registration of all the districts about the erroneous updating exercise and asked them to provide details of “ineligible persons” in the final list of citizens published on August 31, 2019, within 24 hours. The Hindu claimed that it has the copy of the letter and reported that indigenous groups believe many illegal immigrants have made it to the NRC in the three Bengali-dominated southern Assam districts of Cachar, Hailakandi and Karimganj. The ineligible persons were specified as DV (doubtful voters), DF (declared foreigners), PFT (cases pending in foreigners’ tribunal), DVD (descendants of DV), DFD and PFTD.

The NGO Assam Public Works (APW) petitioned the Supreme Court for a total re-verification of the NRC. After hearing the 2009 petition of APW the Supreme Court monitored the exercise of updating the NRC of 1951. The same NGO is now claiming that 80 lakh illegal immigrants were included in the updated list.

“How can you accept this NRC that has included the names of illegal Bangladeshis? We have petitioned for 100 per cent re-verification of names, but with the involvement of corrupt officials and the government’s negligence, it seems no one wants a solution,” said APW president Aabhijeet Sharma.

The Centre says rejected people have legal remedies. “The Centre has clarified that the rejected people remain Indian citizens until their cases are settled. They cannot be deprived of their voting and other rights although there are reports of a few people being denied passports,” said Aman Wadud, an advocate who has fought for people declared foreigners by the FTs.

The problem may not be resolved at foreigner’s tribunal. All Assam Minority Students’ Union president Rejaul Karim Sarkar told the media that “excluded will have to go to the FTs, which will be like jumping from the frying pan to the fire.” Amnesty International had cited in September 2019 an Assam government’s assessment report that said members are retained or fired depending on how many people they mark as foreigners.

Hafiz Rashid Ahmed Choudhury, chairman of the Bar Council of Assam, Nagaland, Mizoram, Arunachal Pradesh and Sikkim, said the NRC had no legal validity until the Registrar General of India issued a gazette notification confirming the list. “Because the NRC has not taken any legal shape, they cannot issue rejection order and no person can file an appeal. In its present form, the NRC is basically a ₹1,600 crore wastepaper that drove many to suicide, made thousands of poor people poorer and be in perpetual fear of being ejected from their homes,” he said. Analysts think there is a political design in keeping the issue of “illegal migrants” burning for “yet another election”. The Congress has criticised the BJP for delaying the process after the complete list left out many non-Muslims.

When the whole list is doubted by the state government led by the BJP, NGOs, and several others, it is not proper for the Centre to go forward with issuance of rejection letters. That could cause havoc in the state.