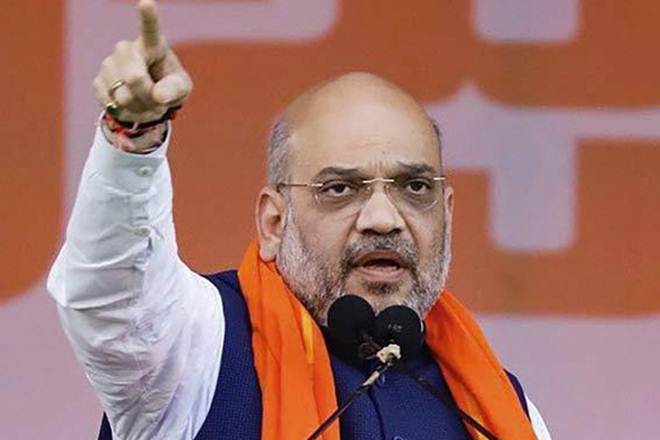 The Union government led by Prime Minister Narendra Modi seems to be waking up to the fact that it cannot be perpetually ‘doubting’ the citizenship of its own people.

The government has not explicitly said that it would go back on the Citizenship Amendment Act (CAA), the National Register of Citizens (NRC), and the National Population Register (NPR).

But there is definitely some indication of a retreat. Union Minister for Home Amit Shah appears to have toned down the aggressive rhetoric. But more than the promises, the government seems to be doing nothing to change the rules governing the CAA, NRC, and the NPR.

The government’s toned-down rhetoric apparently is the result of the BJP losing to the AAP in the Delhi Assembly elections. The BJP had come down heavily on the anti-CAA protests in Delhi’s Shaheen Bagh in the run up to the elections. Clashes and riots broke out on the night of February 23 in Delhi even as US President Donald Trump was in the national capital. And, BJP leaders like Anurag Thakur and Parvesh Verma had made incisive and unsavoury comments during campaign. Amit Shah, after the elections, indicated that such comments could have influenced the electoral outcome.

The Home Minister, the most vociferous defendant of the government’s citizenship exercise, seemed to then strike a tone of inclusivity even while criticising the detractors. His arguments hinged more on the ‘merits’ of the CAA than being blatant attacks on those opposing it.

Amit Shah said, “I challenge the Congress and  Rahul baba to show even one clause in the Act that has the provision to take away the citizenship of anyone.”

The point is that he has been saying it since December 26, 2019. He repeated the ‘challenge’ recently in Parliament. In the Rajya Sabha, he declared on March 13, 2020 that no one would be marked ‘doubtful’ if a person is unable to furnish all information sought by the enumerators of NPR.

The conversation between Amit Shah and Kapil Sibal in Rajya Sabha was interesting as it at once sought to alleviate doubts on the NPR and solicited the Opposition’s support. Amit Shah said, “No document needs to be submitted. You can give whatever information you have and leave the other questions blank.” To this Kapil Sibal asked if the ‘D’ would be removed.

Amit Shah said, “Support us now. I say it clearly: First, no document will be asked for NPR. Second, any information that you don’t have, you don’t have to share that. And third, I say it on the floor of Rajya Sabha as Home Minister, nobody will be marked D.”

Kapil Sibal then sought to know the purpose of the exercise if the government was not seeking any documents.

Amit Shah said no documents were asked during previous NPRs. “Nobody needs to be scared of the process of the NPR in this country… It was the opposition which said people will be marked ‘doubtful.’ But it is not the case.”

A fortnight ago, Amit Shah said in West Bengal that ‘no Muslim would be deported after the  NRC.’

Here are the actual rules which empower officers to ‘doubt,’ inquire, refer to foreign tribunal, and then grant or remove the citizenship.

The burning example is that of the ASSAM NRC where 19 lakh people were first doubted and then ‘declared’ as foreigners.

Rule 4(4) of the Citizenship (Registration of Citizens and Issue of National Identity Cards) Rules, 2003 says: “During the verification process, particulars of such individuals, whose citizenship is doubtful, shall be entered by the local registrar with appropriate remark in the population register for further enquiry and in case of doubtful citizenship, the individual or the family shall be informed in a specified proforma immediately after the verification process is over.”

Related news: How can an Indian establish citizenship with baggage of CAA?

The countrywide NPR, scheduled to begin on All Fools Day i.e., April 1, is being conducted ‘in pursuance of sub-rule (4) of Rule 3 of the Registration of Citizens and Issue of National Identity Cards Rules, 2003,’ as per a gazette notification issued by the Home Ministry on July 31, 2019.

Sub-rule (4) of Rule 3 states: “The central government may decide a date by which the population register shall be prepared by collecting information relating to all persons who are usually residing within the jurisdiction of local registrar.

Sub-rule 5 says the register of citizens shall contain details of persons after due verification made from the population register.

Rule 3(A)(6), added by amendment to the Foreigners Order 1964 in 2019, says: the district magistrate may also refer to the tribunal for its opinion the question as to whether the appellant is a foreigner or not within the meaning of the Foreigners Act, 1946 (31 of 1946).

Related news: Finally, citizenship proof will boil down to moral judgements of officials

It is not just the rules that are creating apprehensions. The NDA-I government started amending the law and rules in 2003 regarding citizenship, which later assumed the form of the Citizenship Amendment Act, 2019.

The Citizenship Amendment Act of 2003 provides the legal framework for the NRC besides changing the criterion for citizenship. Those born before 1987 must prove that one of their parents is a citizen. Those born after 2004 should prove that both parents are citizens. But the government is yet to publish a list of documents that could be used to prove citizenship.

Moreover, the Home Ministry had declared that citizenship is not automatic and the onus is on every citizen to prove it. It is still unclear if Aadhaar, passport, voter ID, and ration card could be used to prove citizenship.

The Guahati High Court, in several cases, had disapproved the parentage of appellants saying he or she could not prove to be the progeny of their projected parents. In some cases one sibling got citizenship while the other was left out.

Besides, the NPR data requirement form was changed in 2019 requiring additional proof for place and date of birth of the parents.

In India, where everything is not based on documents, at least 30 to 40 per cent of people do not have birth certificates. Those who did not have the privilege of going to schools do not have any other record. Also, it could be impossible for one to prove that he or she is the offspring of a particular person with documents, especially when High Courts like Guahati refuse to consider voter ID for the purpose.

The confusion on the documents, the court judgments, and the government’s action on the ground like in Assam has created quite a scare.

And, on his part, Amit Shah is still repeating the same lies without taking any steps to change the rules.

As per the rules, every person or family specified in sub-rule 4 of Rule 4 will be given an opportunity to be heard by the sub-district or taluk registrar of citizens’ registration before a final decision is taken to include or exclude their particulars in the NRC.

It is a fact that the NPR, NRC, and CAA combine will result in deprivation of citizenship to many. The link between the three is clear through law and amended rules, especially after changes brought in 2019.

For instance, the ‘doubts’ raised in data collected for NPR can be further inquired into by the district registrar, who is none other than district magistrate, before finalizing the data which can be used for citizenship confirmation.

This means, the NPR would transform into the NRC. If one goes by the assurances of the Prime Minister and the Home Minister, the NRC and the CAA are not connected. But it is not correct. The rules made under the Foreigner’s Order, 1964 were amended in 2019 empowering the district magistrate to refer the ‘doubtful citizen’ to the Foreigner’s Tribunal for further ascertainment of citizenship for him/her. This clause is the link between NRC and CAA. This aspect is deliberately not being discussed or mentioned by the government.

Amit Shah had repeatedly reassured that the Hindus, Sikhs, Buddhists, Jains, Christians, and Parsis need not worry. It means that the people of these five communities would be considered ‘refugees’ under CAA and get Indian citizenship even if they do not have their names on the NRC.

Related news: PM Modi does not require a citizenship certificate. Here’s why

He is promising that the ‘doubted citizens’ would be considered refugees first and then granted citizenship under CAA. As the CAA does not mention Muslims, they will not be allowed to stay in India.

The point is that the Muslims among the migrants, even if they have been residents of the country for decades, will not be considered for citizenship while their counter parts in five religions will be. It is here that people in India will get discriminated against on the ground of religion, against the rule of equality enshrined in Article 14.

In the absence of amendment to rules, verbal  assurances in Parliament or during election campaigns offer little credibility.  If there are no ulterior motives, the Census supposed to happen in 2021 will be adequate to create a comprehensive database of citizens.