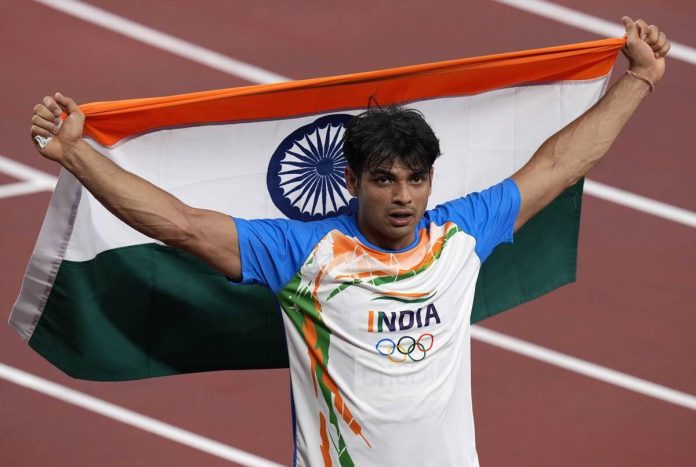 Standing on the podium in the Tokyo Olympics stadium listening to India's national anthem all your problems fade away, said Olympic gold medallist Neeraj Chopra

India’s national hero, javelin thrower champion Neeraj Chopra, reportedly had a long sought-after peaceful sleep, with his highly-coveted, hard-won Olympic medal by his side on his pillow last night.

In an interview with NDTV Sports, the exhausted, but happy champion said that he had slept with the medal which he had kept near his pillow. “I was very happy but since I was also extremely tired, I knocked off and had a good sleep,” said a jubilant Chopra.

A good sleep was especially significant for the Olympian since he had not been sleeping well after he had arrived in Tokyo for the Olympics from Sweden. (Chopra’s training base is in Uppsala in Sweden, where he trains under former German athlete Uwe Hohn)

Just when he had settled down to the time differences, Chopra started getting disturbed by dope testing officials who used to knock at his door early morning at around 5.45 am, said media reports.

In his conversations with the media, Chopra revealed that he had, however, requested the officials with folded hands to not turn up so early on the 7th, which was the day of the finals. “Please come after 9 or 10 am. I won’t have a problem with that,” he had told them. He was dope tested thrice after coming to Tokyo (not to mention the fourth test after winning a medal on Saturday).

In an interview to NDTV Sports after winning his gold medal, he was asked about what he had felt when he heard the national anthem play at the Tokyo Olympics stadium. To which, Chopra said that hearing the anthem standing on top of the first podium was “indescribable”. “It’s a different kind of feeling altogether. And, all your problems fade away when you stand on the podium,” he pointed out.

On being asked on what he would do first when he returned home, the Olympic hero gave a simple answer without any airs that he would sit with his family and eat food with them. 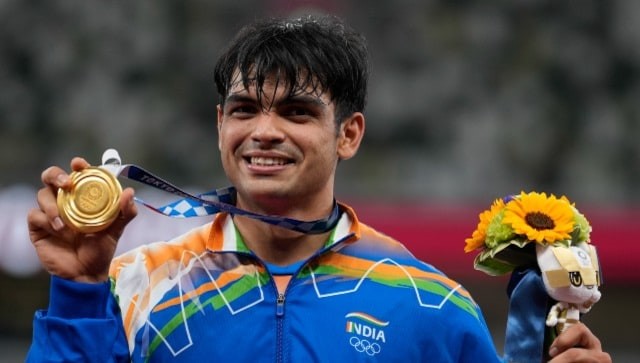 No distractions for the Olympian

In an article in The Print, on the days leading up to the javelin throw final event in Tokyo, Chopra, it seems, had worked hard to tone down the distractions around him. One was his long, shoulder-length locks of which he was particularly fond of. But just before he flew into Tokyo from Sweden, he had them snipped off.

“I felt it was too long and cut them. I liked my long hair but I felt my hair will grow back. The Olympics will come again only three years later,” he had told journalists after his qualification for the finals, The Print reported.

His long hair was falling over his eyes, and longer hair meant more sweat and he was wasting time trying to manage them. “Kept thinking I can grow my hair later and that my game should not be affected by my hair,” he had said.

Chopra also told the media after winning the gold medal that he had switched off his phone and went off social media for a while before the game. “I wasn’t on social media very much because I wanted to stay focussed on my event,” he said. While he would sometimes use his phone to listen to music or watch videos, he did not want to be distracted by conversations online. He wanted to give 100 per cent to his javelin throwing.

“It was only a matter of 10-15 days anyway. For that duration, if you stay off social media for a while, I don’t think it’s a big deal. The focus needs to be on the game,” stressed the winner.

Chake De! Celebrations break out in the gold medallist’s village

Meanwhile, celebrations have broken out in his hometown village in Khandra in Haryana’s Panipat district. Friends and fans have started gathering around his family home, where 19 members of his extended family live. People are dancing to the tunes of Punjabi songs and chanting ‘Chak de India’ slogans, said a News18 report.

His emotional father Satish Kumar, a farmer, said he had always been confident his son would bring a gold medal for the country and was “elated” his son had brought glory to the country. While Chopra’s mother, Saroj Devi said the entire village would extend a grand welcome to her son on his return, added the News18 report.

Senior political leaders also are unable to contain their joy. While Punjab CM said that Chopra’s 87.58m winning throw today would become a part of the legends of the Track and Field arena and that “India owes him”, a normally demure Haryana Home Minister Anil Vij, was seen dancing and distributing sweets among his staff.