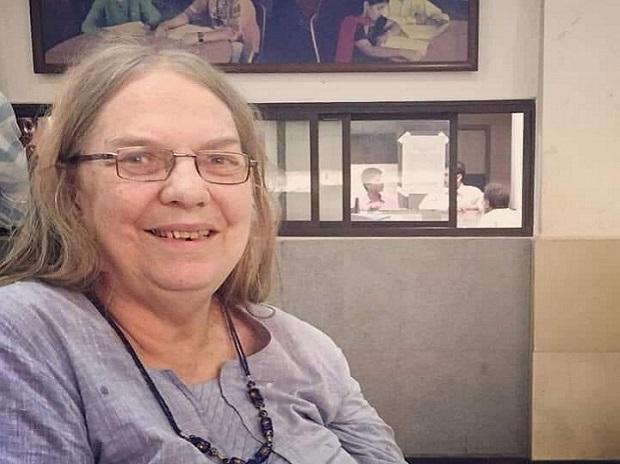 Gail Omvedt had once written an open letter to Arundhati Roy defending big projects and how they can help farmers in drought-afflicted areas. Pic: Twitter

Renowned Phule-Ambedkarite scholar and writer, Prof Gail Omvedt passed away on the morning of August 25, at her residence in Kasegoan village, Sangli district, Maharashtra.

Dedicating her life to writing, researching and advocating Dalit Bahujan rights, this US born sociologist who had made India her home, had been involved in activism related to anti-caste, environment and women’s movements. She had co-founded Sharmik Mukti Dal, an organisation working for the upliftment of farmers and labourers.

“To tell the truth, I am a kind of ‘mother figure’ (along with one other American, Eleanor Zelliot) to many Dalits. One way of putting the problems people of my category has been expressed by one Indian friend “I don’t have an address”.

“I’ve had a variety of occupations, which might be described as ‘upscale unorganised sector’ jobs”, she had once said.

Somnath Waghmare, a documentary filmmaker who is in the process of making a film on this human rights activist said unlike other researchers and writers who wrote about Dalit issues residing in cities, Omvedt chose to live in the village and in a small house.

“She was a revolutionary person. Post-Ambedkar, she was one of the finest scholars who articulated Dalit issues in an interestingly profound manner. In her life, Gail brought the Phule-Ambedkarite discourse to the Brahminical Gandhian academic space, and through her writings and lectures constantly challenged their orthodoxy,” he told The Federal.

Born in Minneapolis, United States on August 2, 1941, Omvedt came to India for the first time in 1963-1964 on a Fulbright Fellowship as an English tutor. After which, she went to do her doctoral research in sociology at UC Berkeley.

She returned to India again in 1970-1971 for her PhD dissertation fieldwork on Mahatma Phule’s Satyashodhak and the Non-Brahmin movement. Married to social activist Bharat Patankar she settled in India from 1978 and became an Indian citizen in 1983.

She served as a Dr Ambedkar Chair Professor at NISWASS in Odisha, was a professor of Sociology at the University of Pune, a guest professor at the Nordic Institute of Asian Studies, Copenhagen and a senior fellow at the Nehru Memorial Museum and Library, New Delhi.

Her last stint was Chair Professor, Dr B R Ambedkar Chair of Social Change and Development at IGNOU.

Omvedt caused a stir when she championed for the Sardar Sarovar Dam believing that “big projects can be sustainable and work in a decentralised manner”.

In July 1999 Omvedt published an open letter to Arundhati Roy in which she claimed that Roy is “missing many things” in her efforts defeat the dams.

“Are you so convinced,” she asked Roy, “that the thousands of dams built since independence have been an unmitigated evil?… Or that the struggle should not be to unite all the rural people aspiring to a life of prosperity and achievement in the modern world -drought-afflicted and dam-afflicted – rather than to just take up the cause of the opposition to change?

She had explained in detail the many intricacies involved in opposing the project that would deprive the basic rights of the farmers.

She had argued that water is needed, not only for drinking, but for agriculture. NBA (Narmada Bachao Andolan) documents have talked a lot about drinking water, but they have not had much to say about water for agriculture, she said.

“You cannot grow crops without water, and when there is only 500 mm of water per year – this is true of three-fourth of the Krishna valley area in Maharashtra and much of Gujarat including Saurashtra and Kutch – then some external water, provided by canals, is necessary to supplement rainfall,” Omvedt wrote.

According to Omvedt, “rainwater harvesting” is not enough in such areas which record low rainfall.

“The millions of people living in such areas are the drought-afflicted, suffering from years of parched earth and damaged crops; they are driven off their lands to the cities to live, or migrate to work as labourers, for instance sugarcane cutters, in areas of irrigation.”

“But they would prefer to be able to prosper in their homes just as much as those threatened by damaged project eviction want the alternative of not moving,” she had written in her letter, which had caused a storm in intellectual circles.

Roy did not reply in public to her letter.

In a searing article, ‘Why Dalits dislike environmentalists’, which had appeared in The Hindu, Omvedt had stated that there is in fact an alienation between two of the most powerful social movements in India – the anti-caste movement and the environmental movement –that has to be seriously analysed.

For example, in the article Omvedt questioned how environmental descriptions of traditional water harvesting systems in Maharashtra never mentioned the fact that lower castes and backward classes had no water rights.

Also, nearly all those writing on environmental issues in Orissa were upper caste people. The ex-student leader of the Chilka campaign in fact hailed from a Brahmin community in Orissa, the one that provides priests for the Jaganath temple.  And “a large section of the environmentalist leadership did not denounce the shastras and puranas, the “sacred'” scriptures which legitimise caste,” she had written in the article.

Phule took his name from the black peasant devata Jotiba, not from “Jyoti”, she  pointed out in the article.

“The spelling of his name is a clear Brahmin-non-Brahmin marker in Marathi. Getting this wrong means not knowing people’s names. Thinking it sufficient to say that village leaders (of Adivasi villages) are Adivasis, while ignoring the issue of the upper-level leadership means not even understanding what their complaint is,” she argued.

“And thinking that only the Dalit movement needs “self-criticism” is not only patronising, but harmful to the development of a unified people’s movement in the country. This is why Dalits dislike environmentalists,” she concluded.

Omvedt has written more than 25 books including her doctoral thesis ‘Cultural Revolt In A Colonial Society: The Non-Brahman Movement in Western India’, ‘Seeking Begampura’, ‘Understanding Caste’, ‘We Will Smash the Prison’, etc.