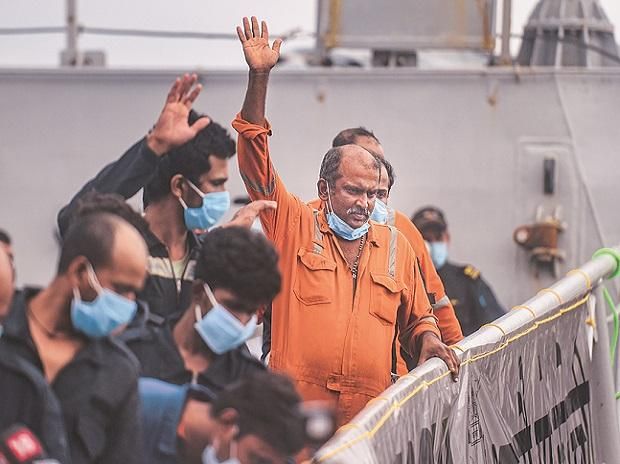 The Mumbai Police on Friday (May 21) registered a case of negligence days after Barge P305 sank in the Arabian Sea following the Cyclone Tuaktae. An Indian Navy spokesperson said at least 51 bodies have been recovered and 27 personnel are missing.

The police said on the complaint of a P305 engineer, an offence was registered under IPC sections 304(II) (an intentional act that may cause death), 338 (causing grievous hurt by an act endangering life or personal safety of others) and 34 (common intention). The police said they have registered a case against the captain of the barge for allegedly ignoring  warnings related to Tauktae.

“The captain of the barge acted negligently on the warnings issued related to Cyclone Tautkee and that allegedly led to the accident which has killed 49 so far, due to which we have registered an offence. We have so far mentioned the barge’s captain and others in the FIR. We can book more officials on the basis of further investigation,” media reports quoting police spokesperson DCP S Chaitanya said.

The police said statements of more than 50 survivors have been recorded.

Barge P305, a vessel working for the Oil and Natural Gas Corporation off the coast of Mumbai, broke free of its anchor after midnight on May 16 following high-intensity winds and a rough sea. Rescue efforts got underway on May 17 to trace the missing personnel. At least 188 of them have been rescued.

ONGC and its contractor engaged in the building work for the state-owned company blamed the master or captain of the barge.

In a massive search operation to locate the missing personnel, two Indian Navy ships, three Coast Guard vessels and 14 other boats owned by ONGC and chartered vessels are conducting the rescue mission, which is likely to continue for at least two more days, sources said.

The Ministry of Petroleum and Natural Gas has announced an inquiry into “lapses and gaps” in the system.

Cyclone Yaas likely to hit Odisha, Bengal coasts on May 26