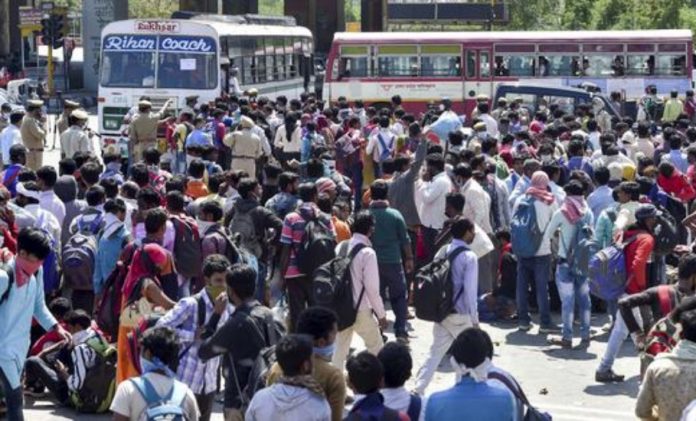 BJP-run Uttar Pradesh and Assam’s decision to introduce a population control policy is at variance with the BJP-led central government’s views on the matter.

According to a report in NDTV, the Modi government has told the Supreme Court that India is “unequivocally against coercion in family planning” and data shows that “couples, on average, do not want more than two children”.

The Centre made this submission in a December 2020 affidavit, signed by an undersecretary in the Ministry of Health’s family planning division, the report said. The affidavit was filed in response to a PIL seeking re-introduction of family planning laws.

Several BJP MPs and leaders of other Sangh Parivar outfits such as the VHP have proposed controversial population control laws, which opposition leaders and civil society groups have criticised.

“Family Welfare Programme in India is voluntary in nature, which enables couples to decide size of their family and adopt family planning methods… without any compulsion,” the affidavit stated, according to the NDTV exclusive.

The affidavit also said that India is a signatory to the 1994 International Conference on Population and Development, under which it is “is unequivocally against coercion in family planning”.

“In fact, international experience shows that any coercion to have a certain number of children is counter-productive and leads to demographic distortions,” the affidavit said.

The document also presented data highlighting a “constant decline in Total Fertility Rate (TFR)” and added that 25 of 36 state/UTs had already achieved the target TFR of 2.1.

On Sunday – World Population Day – UP Chief Minister Yogi Adityanath announced a new population policy for the state, days after his counterpart in Assam, Himanta Biswa Sarma, made similar announcements. Sarma, in fact, explicitly stated that the policy was meant to check the growth of Muslim population.

“… when we lift the veil off the statistics, it is found the Muslim population is growing at a rate of 29 per cent (decadal), whereas Hindus are growing at 10 per cent,” PTI quoted him as saying.

But official data does not substantiate Sarma’s claim The Federal reported on July 9.

Terrorism in form of love jihad conspiring to...