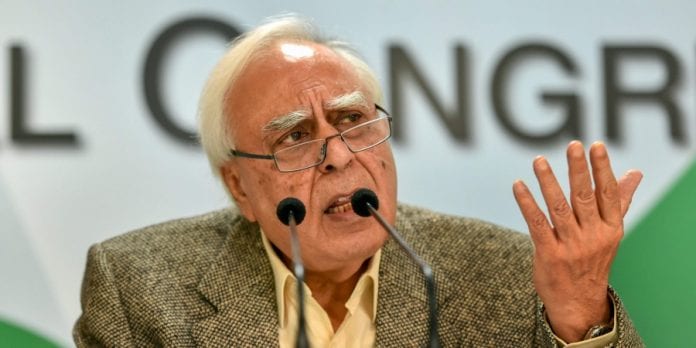 The so-called G-23 of which Sibal was the most vocal part surfaced last year, demanding several reforms within the Congress. File Photo

A group of top Opposition leaders congregated at the birthday celebrations of former Union Minister Kapil Sibal on Monday (August 9) where the absence of the all-powerful Gandhis was conspicuous. This also led to discussions on dissent within the Congress that surfaced around a year back, giving rise to the so-called G-23 of which Sibal was the most vocal part.

On August 7 last year, a letter by the so-called G-23 leaders of the Congress had listed out several demands aimed at “rejuvenating” the party. Among them was the “need to have a 24×7 visible and active leader plus elections to the top party setups.” Things haven’t changed much since then, as several Assembly polls have come and gone, showing a continuous decline of the party.

Media reports said the Aug 9 dinner meeting did broach questions about the rejuvenation of the Congress, which some leaders present suggested, could only happen if the party was “freed from the clutches of the Gandhis’ leadership,” NDTV quoted sources as saying.

The invitees included P Chidambaram, Shashi Tharoor and Anand Sharma. They are among those who have raised questions about the Congress’ future.

The Akali Dal, a former BJP ally, was also invited and was represented by senior party leader Naresh Gujral. So was Pinaki Mishra from Naveen Patnaik’s Biju Janata Dal that keeps lending “issue-based” support to the BJP government at the Centre.

Several leaders within the Congress have been pushing for a return of Rahul Gandhi, who quit as Congress president in 2019 in the aftermath of the party’s debacle in the Lok Sabha elections. Internal Congress polls promised to the dissidents are yet to take place despite several meetings of the Working Committee, the party’s highest decision-making body.

But Congress alone wasn’t the talking point. Sibal reportedly began by hitting out at the government, alleging how every institution has been destroyed. He also stressed the importance of opposition unity. Omar Abdullah said whenever the Congress was strong, the Opposition becomes stronger. He questioned what steps were being taken to strengthen the party.

Akali Dal’s Naresh Gujral was direct in attacking the Gandhis, saying the Gandhis exclusion was a prerequisite to the rejuvenation of the party. Punjab goes to the polls early next year and the ruling Congress continues to witness occasional disquiet even after a rapprochement between Navjot Sidhu and CM Capt Amarinder Singh. The Akalis are the sworn enemies of the Congress and have decided to fight the polls in alliance with Mayawati’s BSP after they parted ways with the NDA early last year over controversial farm laws.

Lalu Yadav, who returned from jail recently, made a rare appearance. He urged the opposition parties to work together and fight the BJP in the 2024 general election.

Chidambaram said the Congress should come to an understanding with the regional parties in states to put up a united front against the BJP.