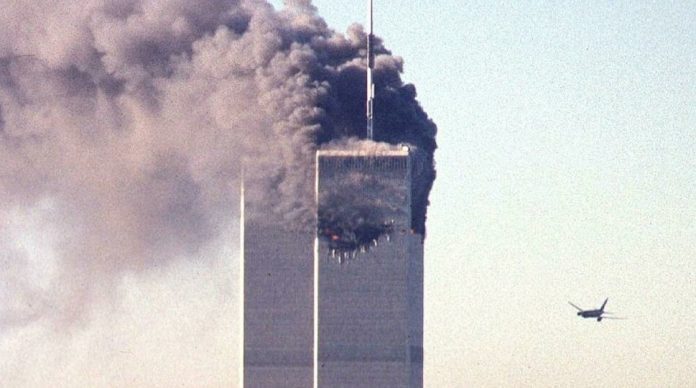 Two decades later, the remains of more than 1000 victims are yet to be identified

It was a deadly attack that took away nearly 3,000 lives when four hijacked planes and 19 terrorists wreaked havoc in New York, Virginia and a small hamlet of Shanksville in Pennsylvania (US).

More than 400 firefighters and law-enforcement officers died, with New York bearing the maximum brunt. Twenty years down the line, 13 Marines perished in a bomb blast in Kabul as the Americans were in the last phase of a clumsy and ill-planned withdrawal from Afghanistan. Four of the dead US army personnel are said to have been born in 2001 – the year September 11 terrorist attacks happened in the US.

Two decades later, the identity of more than 1,000 victims is yet to be confirmed; and in all the time that has elapsed, almost everyone will agree that the United States has transformed, in more ways than perceived by others.

The most routine question asked while observing an anniversary is: “Where were you on that day”? Then US President, George W Bush, was at an elementary school in Florida, talking to second graders when his Chief of Staff Andrew Card came in with the news that America was under attack. Bush calmly stayed back in the school for some time, before heading back to Washington DC. The President wished to go directly to the Oval Office, but the safety plan for the POTUS, laid out by the Secret Service and his advisors, prevailed.

Also read: Comparing Biden with Carter is convenient but only for now

The approval rating for President Bush started with scores in 50s, which later soared to 90s and remained that way for quite some time; a scale Bush used to iron out his War on Terror, the Patriot Act and so on. Speaking to the nation from the Oval Office on the night of 9/11 in 2001, President Bush spelt out his policy. “We will make no distinction between the terrorists who committed these acts and those who harbor them,” he declared.

Standing amidst the rubble of the collapsed twin towers of the World Trade Center (WTC), President Bush said, “Those who did this will soon hear from us.” To Bush and his administration, there was only one way to avenge the ghastly attacks.

Starting with the ferocious air assault on Afghanistan in October 2001, the Bush administration swept the Taliban out of the central Asian country and pushed the Talibs, for most part, into the rugged areas of Pakistan. And thus began the hunt for Osama bin Laden.

Osama and his terror outfit – al Qaeda – had become household names by the evening of September 11, 2001. Later when Bush was asked about the whereabouts of Laden, he famously said: “If he’s alive we’ll get him; if he’s dead we got him”.

Close to the 10th anniversary of 9/11, i.e. on May 2, 2011, Navy Seals gunned down bin Laden in Abbotobad (Pakistan). He was housed in a compound that was a little distance away from a Pakistani military garrison. And yet for years the Pakistani generals, the ISI, and political leaders, swore they had no knowledge of Laden’s whereabouts; and gullible American administration either took it on face value or pretended to believe so, not wanting to jeopardize the crumbs Islamabad was throwing by way of a logistical partner in the so-called War on Terror.

President Donald Trump openly said in 2018 that Washington has just about wasted USD 33 billion on Pakistan. President Joseph Biden appears miffed; more than seven months into his Presidency, Biden is yet to place a call to Pakistan Prime Minister Imran Khan.

Undoubtedly, 9/11 means a lot of things to a lot of people. To this writer, who was in New York that day on a routine assignment from Washington, it was like seeing a tragedy unfold and witnessing and covering the gradual change in America over the days and months. It was not just your closet racists coming out and taunting foreigners; soon a government was using terrorism and national security to peep into the lives of ordinary folks, all without the need for warrants.

Other democracies took cue from Washington. But the first hours and initial days of being in New York were rattling indeed and much of this had to do with what was transpiring for real and in having to deal with second hand and unsubstantiated information even without the benefit of social media.

For the first time, all of America seemed to shut down and move into a state of siege; the entire air corridor of the country was closed and flights either returned to where they took off from or were diverted to Canada and Mexico. Vice-President Dick Cheney issued orders to shoot down commercial planes if there was sufficient proof that they were being hijacked. The skies of America were being patrolled by fighter jets scrambling out of air force bases. Major airports in and around Washington DC and New York were shut down for several days. It was so bad that one would struggle to find a rental car.

By December 2001, the Bush administration had to face another challenge: where do you house those captured in Afghanistan in the name of War on Terror? The answer was Guantanamo Bay Naval base, an area that the United States had  on lease from Cuba. The place was convenient because it was a territory that lay outside the jurisdiction of US courts.

Also read: US withdraws troops from Afghanistan after 20 years of war

At its peak of occupancy, Guantanamo Bay housed some 800 inmates. The number is now down to a handful. At that time, the Pentagon believed that it was the best of the worst options even if subsequently reports surfaced that “terrorists” inside the facility were subjected to routine torture — an issue that bothered neither Republican nor Democratic administrations.

Till this day, the last word has not been said on 9/11 and perhaps will never be, even as President Biden promises to declassify documents over a period of six months to placate the sentiments of families who lost their near and dear ones.

From day One, there have been questions on the official role of Saudi Arabia in the 9/11 attacks, because 15 out of the 19 terrorists, who executed the attacks, came from that country. To say that the Kingdom had a role in the attack on America would be outrageous, still some want to get into the linkages, if any.

The United States’ intelligence community knew that an attack was coming.

The question international relations specialists asked today is this: “Was there really more noise than signals?

Others still believe that the Bush administration did not pay attention to CIA Director George Tenet’s warning and his call for a high-level inter-intelligence agency meeting. There is one view that agencies had predicted a strike as early as June of 2001, possibly to coincide with a visit of Israeli Prime Minister Ariel Sharon. A few others are of the view that intelligence rivalry between the FBI and the CIA led to disastrous consequences. Throwing open the books even in a limited scale has the possibility of opening up old festering wounds and scars.

Also read: Biden continues to be hammered, but few signs yet of a tottering presidency

No one honestly believes that the world is safe from terror, 20 years after 9/11. The Bush administration, which went after the Taliban and the al Qaeda, should have stayed and intensified its operations even if it meant flushing out the thugs from Pakistan.

Instead, President Bush, for reasons only best known to him, got distracted and went after Saddam Hussein in 2003 on the totally fictitious and bogus pretext that the Iraqi leader is in possession of weapons of mass destruction and supposedly in cahoots with the al Qaeda.

That damage to American foreign policy cost tax payers two trillion dollars and lives of some 2,500 troops, besides a clumsy and ill-conceived withdrawal that has raised larger question of credibility and commitment. In the process it clearly showed the hand of Pakistan in the victory of the Taliban and a genuine fear of the return of terror havens once more.

The composition of the Taliban interim government itself should be an eye opener to the comity of nations, especially the group’s benefactors: A minister of interior who has a USD 5 million bounty on his head by the FBI and at least five others who had cooled their heels for a few years in the Guantanamo Bay facility!

(A former senior journalist in Washington covering North America and United Nations, the writer is currently a Professor of Journalism and Mass Communication in  the College of Science and Humanities at SRM Institute of Science and Technology, Chennai)