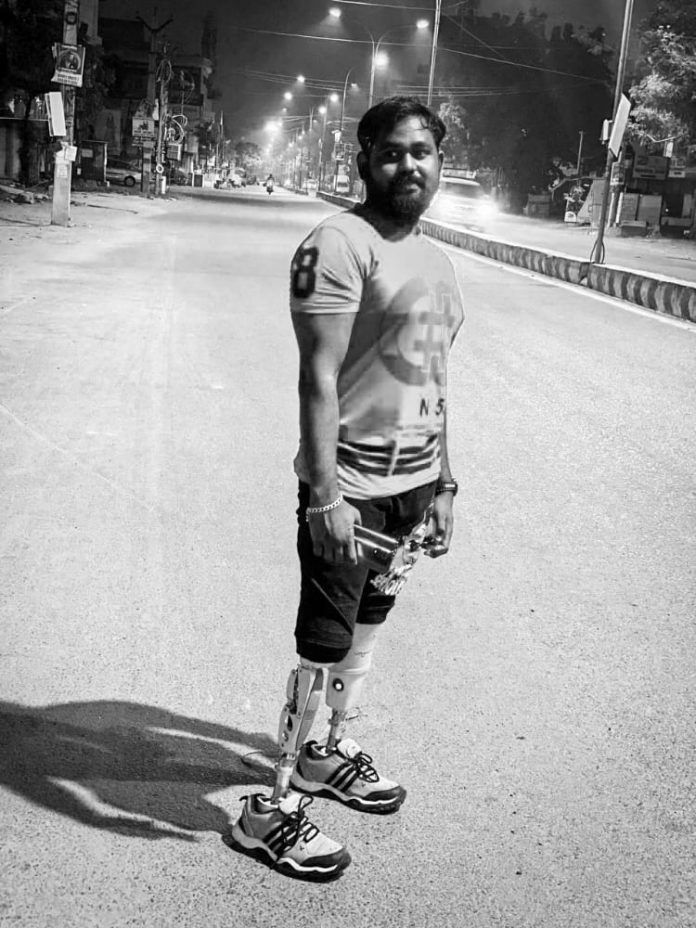 Harish Kumar, who is a B Com graduate now living in Madurai with his mother

He was fond of football, and famous striker I.M. Vijayan was his favourite. One day, he told his truck-driver father to take him to Kerala so that he could buy a pair of boots, jerseys and a football. His father agreed. He got into the truck with a tiny bag, with a collection of photographs of football players that appeared in newspapers and magazines.

The journey of hope, however, ended in tragedy. The truck overturned when it reached Kuthiran, a mountainous terrain in Kerala’s Thrissur district. S. Harish Kumar, then a Class VII student at a Madurai school, lost both his legs. The media covered the tragedy with the photographs of Harish, but soon the boy went into oblivion.

In 2018, Kerala was gripped with a kind of football fever. The state team won the Santosh Trophy by beating West Bengal in the final. And the FIFA World Cup was on. The frenzy over football in the state, however, prompted an artist-photographer K.R. Sunil to revisit the deadly accident in Kuthiran in 2011, in which a 13-year-old football fan from Madurai had lost his legs.

Sunil wanted to find out what happened to this teenager, whose dreams of being a footballer had been crushed. Based on the media reports that appeared after the accident, he began his search at the Ruby Hospital in Thrissur where Harish had undergone treatment for three months. The doctors and nurses remembered him, but they couldn’t recollect his name. With the help of the manager, Sunil checked the old records of in-patients at the hospital but he drew a blank.

He did not give up and went on to contact many truck drivers who plied on the same route. Finally, a blog, posted by a Madurai teacher in Madurai, gave some vital clues. And, Sunil finally traced him to K Puthur, a village in Madurai.

Since the time of the accident, life had been a saga of misery for Harish. His disability had restricted him to stay within the confines of a tiny and congested bedroom of his uncle’s house in Madurai. His father, who had just suffered minor injuries in the accident, had run away with the money he had received as donations from people when he got discharged from the hospital in Thrissur. Moreover, Harish could not attend school for two years.

“It was like a frying-pan-into-fire situation when I returned to Madurai after treatment. My father, who had collected the money people donated, misused it. He started drinking heavily and he also stopped coming to see me,” recounts Harish.

The nightmare of the accident too haunted him. “It all happened immediately. I didn’t know what to do, there was so much pain and anxiety. I was conscious. What I saw was people milling around me, and some gave me water,” remembers Harish about the dreadful night at Kuthiran when he had lost his legs.

Harish got a pair of residual limbs but he found it difficult to use the toilet. He had to leap around like a frog, he reveals, adding that he suffered from various skin diseases as well. But his friends and neighbours encouraged him and kept his spirits up. It was during this time, Sunil tracked him down.

Subsequently, a documentary based on Sunil’s singular quest to uncover Harish’s fate, was made titled ‘In his Pursuit: A Photographer’s Journey’. It evoked a tremendous response. “Many people came forward to help Harish after watching the documentary. But it was the time Kerala witnessed a deluge in 2018. As a result, those who offered to help backtracked,” narrates Sunil.

However, a call from a woman in Kerala changed everything. “After seeing the documentary, the woman said she wanted to help Harish buy a pair of prosthetic legs. I was not very hopeful as a mere two thousand or five thousand rupees wouldn’t help. But she donated three lakh ruppees to Harish. It was unexpected, and a turning point as well,” says Sunil.

The lady first wanted to donate ₹2 lakh, but when Harish called to thank her, she added one more lakh. A pair of prosthetic legs however costs around ₹12 lakh. This was the price a distributor in Coimbatore had quoted to Harish. So, there was still a long way to go. 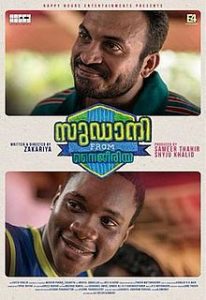 Around this time, a Malayalam feature film titled ‘Sudani from Nigeria’ was released. The movie was based on a Nigerian football player who joins a club in Kerala’s Malappuram to play a seven-a-side football tournament. The film crew, which included its cinematographer Shyju Khalid, producer Sameer Thahir and the lead-actor Soubin Shahir were known to Sunil. When they heard Harish’s story, they wanted to help as well. Aashiq Abu, another promising director, also chipped in.

‘Sudani from Nigeria’ won five awards at the 2018 Kerala State Film Awards and the crew decided to donate the award money they received to Harish, which totalled up to ₹3 lakh. “Some other donations also came in and we collected about ₹8 lakh,” says Sunil. But there was still a shortfall for they needed ₹4 lakh more.

The coronavirus pandemic intervened at that time and the distributor of the prosthetic legs reduced the price of the product willing to give a discount. Harish immediately grabbed it paying up the ₹ 8 lakh he had managed to round up from all the different donors.

A pair of prosthetic legs has played a key role in his restoration. Harish has now started going to a nearby gym, where he has strengthened his body, as well as his mind. According to the 23-year-old, who lives with his mother at their small ancestral home in Madurai, his daily workout at the gym helped him to regain his confidence.

He went on to complete his BCom from the American College, Madurai. Harish now harbours a dream to study film-making. “I have three stories already with me. One is my own story and the other two are thrillers. But I will do it only after getting trained at a professional film institute in Tamil Nadu,” he asserts.

A decade after the deadly accident, Harish is full of gratitude for the people who have helped him stand on his feet once again. He now wants to revisit Kerala and meet everyone involved in his inspiring journey of recovery, including a hotel in Thrissur (Hotel Bharat), which had supplied him food all through his three-month hospital stay.