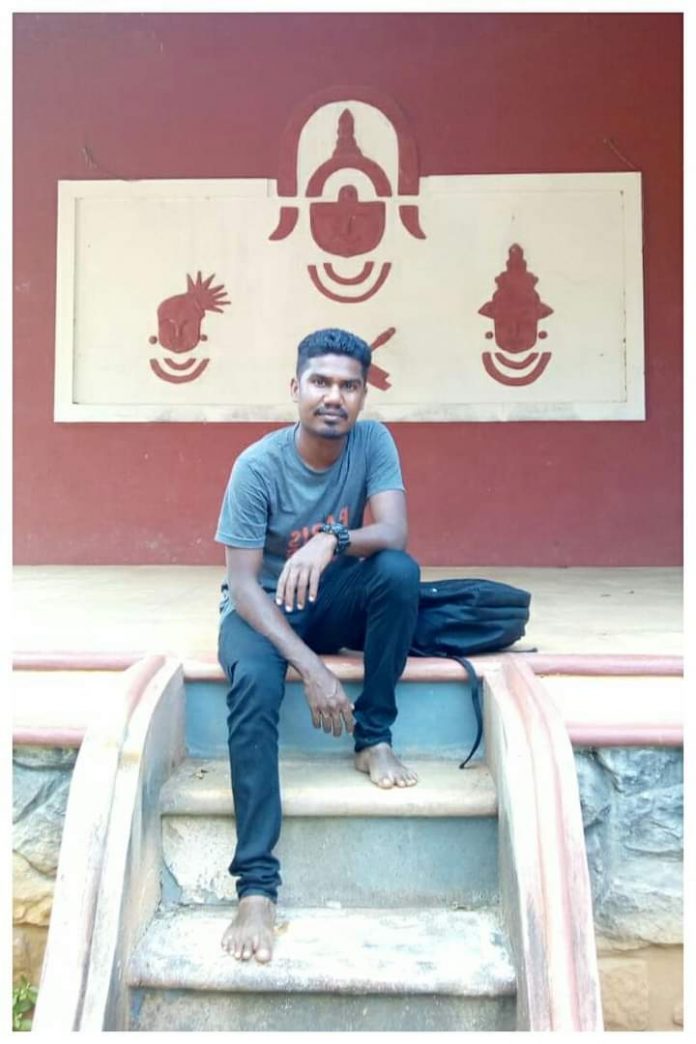 A 27-year-old poet, fondly known as RK Attappadi among family and friends, he writes in Irula language with Malayalam alphabet, and is becoming known for his writings on various media.

Hailing from Dasanur village in Attappadi taluk of Kerala’s Palakkad district, Kumar translates his work himself into Malayalam and Tamil. His writings predominantly deal with the language, culture and myths of the Irula tribe.

Tribal poets like him, who share a camaraderie, have to take the social media route to find favour with the mainstream media. However, the Kerala Literature Festival held in Kozhikode has become a platform for such poets to meet and interact every year since 2016.

Lately, the regional media has been highlighting the works of these poets.

For instance, the young poet says that a radio station featured a programme on them. “Radio Malayalam had a programme in which writer Jacob Abraham interviewed us. The programme featured over 10 tribal poets including myself,” Kumar told The Federal.

He dons other hats as well.

Apart from being active with Namakku Naame Kala Samithi, an art forum, Kumar has a diploma in hotel management, and is the librarian at a one-of-a-kind library functioning at the Government Tribal Speciality Hospital in Kottathara.

The library, set up in 2017 with the help of Kerala State Library Council, was meant for visitors to the hospital and attendants of patients, but lately, it has started serving the public at large, including students of a nearby government Arts college. The concept of the library, which has over 2,000 books donated by well-wishers, was conceived by tribal health nodal officer Dr Prabhu Das.

Kumar’s short film Kanas (dreams) was launched by former state health minister KK Shailaja a few years ago in the presence of then MP and present Speaker of Kerala Assembly M.B. Rajesh and MLA N Samsudheen.

“The film was part of a project funded by the Centre and state government to create understanding among the tribal people about the importance of mental health and sickle cell anaemia,” he said.

Kumar is the second son of Kaliappan, a load-man in a brick kiln, and Sivajothi, a daily wage worker. His elder brother Easwaran is into film direction and editing. He has two younger brothers – Rajesh, who has completed plus-two education and Dharmaraj, who is enrolled in a plus-two course. Kumar’s wife Jayanthi is a Malayalam teacher at the government tribal higher secondary school.

The poet recalls how he started writing.

When he was in high school, Kumar had an interest in writing a diary. His friends encouraged him. But it was in 2010 that he started writing in earnest.

He was involved in community activity and was subsequently seized with thoughts to revive and preserve his gotra’s language and art forms.

The budding poet attended camps organised by Thambu, a social forum, and became active in travelling around tribal hamlets. At the time, R.J. Rajendraprasad, the Editor of Gotrabhoomi, a magazine released by Thambu, asked him to write an article about a camp. Kumar wrote and Rajendraprasad was impressed. He encouraged the young man to take up writing.

Kumar’s visits to hamlets and interactions with people made him realise that writing is an easier and effective way of recording the art and culture of the Irula tribe and give it an identification.

He proceeded to write poems and plays and became active with Namakku Naame Kala Samithi. The Ayyappanum Koshiyum fame Nanjiyamma was also part of some of the Kummi programmes of the samithi which was uploaded on YouTube.

“Nanjiyamma Patti (grandmother) has been part of one of my plays,” he says.

Meanwhile, Kumar worked odd jobs, of a bamboo artist and as a daily wage worker under the Mahatma Gandhi National Rural Employment Guarantee Act to supplement his family’s income.

As art and culture activities flourish in Attappadi, the people have become more conscious about their language and culture.

“In the earlier days, our people, particularly students and office-goers, were ashamed to identify themselves as hailing from Attappadi. They spoke only Malayalam and hesitated to speak the Irula language when they went out of the village. All that has changed lately. If you search Facebook now, you will find several people like me with Attappadi affixed to their names,” says Kumar, with pride.

J-K highway closed for traffic due to mudslid...