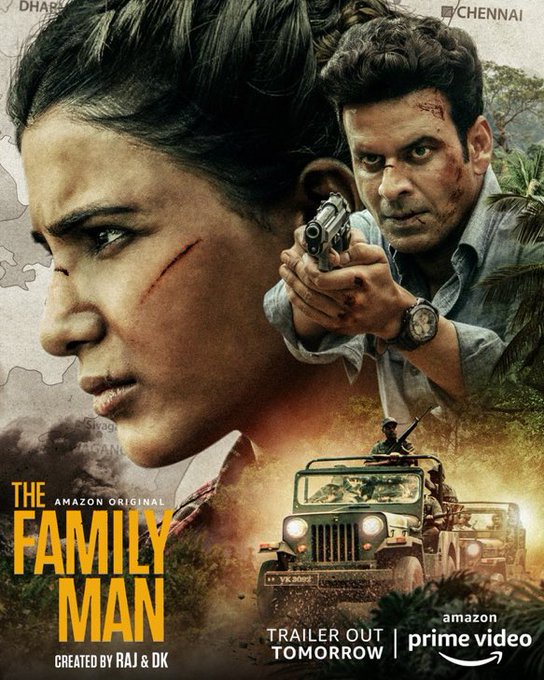 Reacting to the call for a ban on their series The Family Man-2, the directors Raj Nidimoru and Krishna DK, have urged people to watch the show before making “assumptions” from a few shots in the trailer. They had worked hard for years to create a “sensitive, balanced and riveting story” and they requested everyone to wait and watch the show when it releases.

The Family Man-2 series is slated to release on Amazon Prime Video on June 4.

In their statement, the directors have said that they are very “cognizant” of the feelings and sentiments of the Tamil people and Tamil culture and “have nothing but the utmost love and respect towards our Tamil people”. The same message released by the filmmakers was shared by the show’s protagonist, actor Manoj Bajpayee on his Instagram page.

The directors pointed out that many of their lead cast members, as well as key members of the creative and writing team, were Tamilians. “Some assumptions and impressions have been made based on just a couple of shots in the trailer,” they said.

When the trailer of The Family Man dropped on May 19, Twitter users and NTK chief, Seeman immediately criticised the series for depicting Tamils in a poor light. Social media users particularly slammed Samantha for taking up the role of an alleged Tamil terrorist. Subsequently, Rajya Sabha MP Vaiko too demanded the series be banned and threatened of dire consequences if they showed Tamils and the fight for Eelam in a negative light.

On May 24, the strident call for ban of the series went official as the IT Minister of Tamil Nadu, T Mano Thangaraj wrote to the Information & Broadcasting Minister, Prakash Javadekar to stop the release of The Family Man season 2 for allegedly presenting Tamilians in a “highly objectionable manner”.

The Minister complained that the series discredited and distorted the historical struggle of the Eelam Tamils in Sri Lanka. The state government even suggested that casting Samantha Akkineni who is a ‘Tamil-speaking actress’ as a terrorist in the serial was directly an attack on the pride of Tamils living around the world. The letter added that “no one will tolerate this kind of motivated and mischievous campaign”.

It remains to be seen if the government and others opposed to the serial in TN will be appeased by this statement released by the makers of this web series. The Family Man portrays the life of an ordinary, middle-class guy, who balances his family life and his work as a secret agent on a razor’s edge. The fans of the series had been eagerly waiting for the release of season-2, which now seems to have run into foul weather.