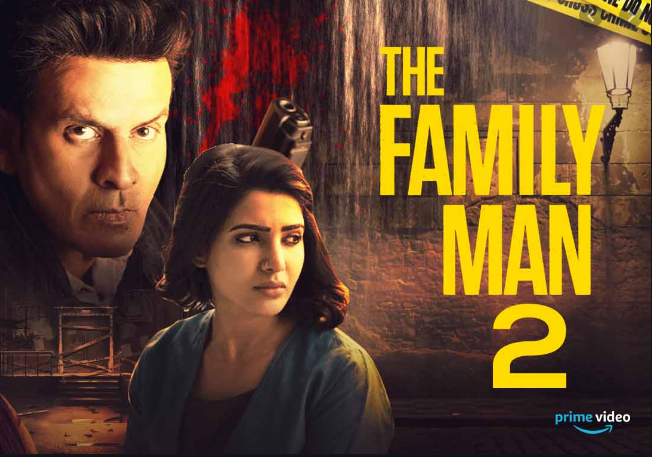 #FamilyMan2AgainstTamils is active now on twitter, in which there is a call to boycott Amazon because The Family Man 2 is "totally insensitive and politically incorrect showing Tamils as terrorists”

The Family Man 2 is now facing the ire of Naam Tamilar Katchi (NTK) chief Seeman, who has called for a ban on the web series, which is slated to stream on Amazon Prime Video on June 4.

The trailer of the eagerly-awaited season 2 of the well-loved espionage series, The Family Man was released on May 19 and it immediately triggered a controversy as a twitter handle #FamilyMan2AgainstTamils started trending with many twitter users lambasting Telugu star, Samantha Akkineni and the crew for portraying Tamils as terrorists.

Seeman’s grouse is that the web series shows Sri Lankan Tamils in a bad light. In a strongly-worded letter dated May 21, which he posted on twitter, the filmmaker and NTK party leader Seeman issued a statement condemning the makers of web series. He called for a ban on The Family Man 2 and warned of dire consequences if the show went on air.

Samantha, who is making her digital debut with this series, plays the role of Raji, who belongs to the LTTE (Liberation Tigers of Tamil Eelam). According to Seeman, the makers of the show do not have the right intentions since LTTE is being portrayed as terrorists in season 2 and as having connections with Pakistani intelligence agency, the ISI.

Earlier, films like Inam (directed by Santosh Sivan)and Madras Cafe (Shoojit Sircar) were banned from screening in the past, he said. In 2013, Seeman had sought a ban on Madras Café, labelling it “nauseating anti-Tamil”. The film featured John Abraham as an Indian secret agent, who visits Sri Lanka on a secret mission, and finds himself embroiled in a civil war and a conspiracy to kill the former Prime Minister of India.

Though the Madras High Court at that time had dismissed a petition to ban the film, and though John Abraham pleaded with audiences to come and see the film since it had been “made with a lot of heart”, cinema theatres in Tamil Nadu shied away from screening the film fearing trouble. However, the film is currently streaming on Netflix.

Santosh Sivan’s Inam, a story revolving around a group of teenagers in an orphanage set during the civil war in Sri Lanka, also courted controversy and screenings in Tamil Nadu were distrupted. This film is also scheduled to release on an OTT platform, according to news reports.

Meanwhile, the #FamilyMan2AgainstTamils too has gained momentum with users threatening Amazon now as well that they will stop using “Amazon products if the series is going to be similar to the trailer”.

“Dear Amazon Prime, your Family Man 2 is totally insensitive and politically incorrect showing tamils as terrorists”. Another twitter user wrote that the OTT audience is not limited to north India but Tamil population was 8 crore and another 2 crore worldwide. And they must not take their threat of boycotting Amazon lightly.

One user wrote: “Not sure why tamils were always targeted by Bollywood and even other southern region movies. Spend time to understand what happened in Eezham. Stop force feeding your half-baked lies and propaganda.” (sic)

Family Man 2, directed by Raj and DK, features talented Bollywood actor, Manoj Bajpayee as the middle-class guy, Srikant Tiwari, who balances family and an high-octane action packed life as a secret agent; Priyamani plays his wife, who struggles on her own looking after their two kids and feels neglected. Srikant Tiwari races against time to outwit terrorists and save the country and the first season ended with a cliffhanger climax leaving audiences thirsting for more. The villain Neerja Madhav leaves Delhi on the brink of disaster with a chemical attack imminent and the government agencies not even aware what is in store for them.

In season 2, Tiwari encounters a new enemy – his alleged ‘nemesis’ – Raji. The creators were looking for a south actress to play the role and approached Samantha Akkineni, who readily accepted. Samantha, who has acted with Tamil superstars like Vijay and Dhanush, is always scouting around to do good, offbeat roles. She was seen playing an unfaithful wife with aplomb in Super Deluxe, a Tamil film that was critically-acclaimed for being layered and quirky. She also carried off a woman-centric role in Kannada director, Pawan Kumar’s U Turn.