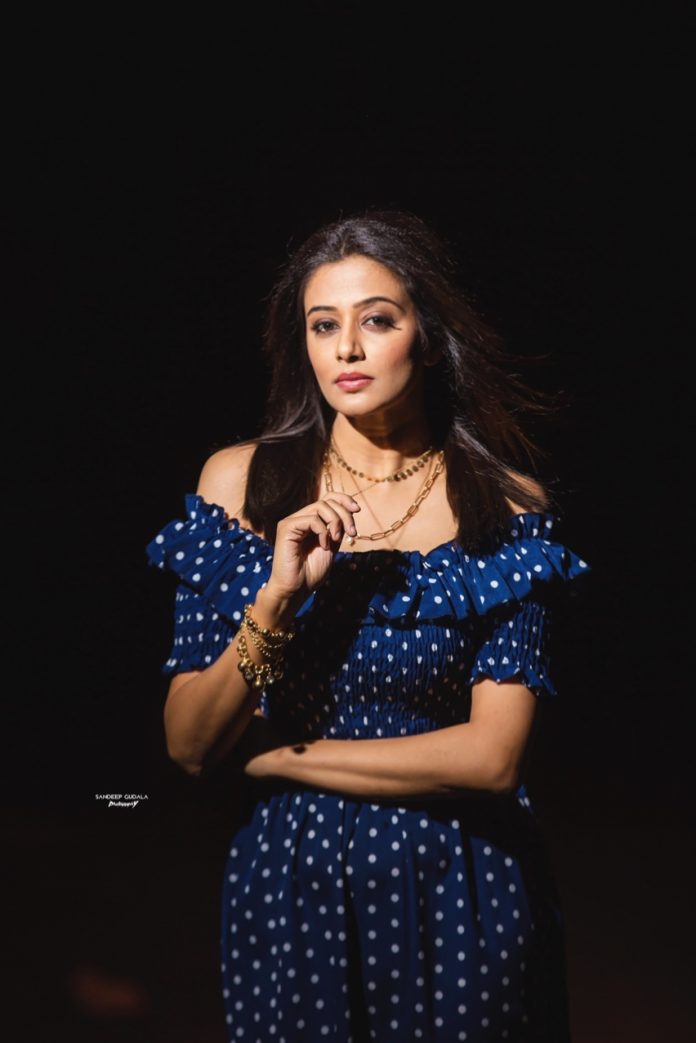 Though 37-year-old Priyamani is an established, national award-winning actor in the south, having done more than 60 films in her 17 years in cinema, people seem to be suddenly discovering her

She gets messages on social media on an hourly basis. It goes like this: how could you think of cheating on your husband who is out there saving the country? In an interview with The Federal, Priyamani, who plays the spouse of secret agent Srikant Tiwari (Manoj Bajpayee) in the acclaimed Family Man series, says wryly: “ I think I have succeeded in playing the role so effectively that half the nation hates me now. Suchitra is the most hated character on the OTT platform now. I think then I must have done something right. Besides, the role has been etched out so well by the creators of the show that I couldn’t go wrong.”

She admits, “I do get a lot of messages almost on an hourly basis saying, We hate you for putting him through this or, they ask me why did you cheat on Srikant, how could you do this to him?” But did she? (We are back to ‘what happened in Lonavala question?’) Season 2 fails to answer whether she had strayed from her marriage and slept with her colleague Arvind (played by Sharad) during a work trip. Even as Suchi is about to spill the beans to her husband in Season 2, the screen blanks out. (Obviously, the creators Raj Nidimoru and Krishna DK decided to keep the hook going!)

Priyamani also replies with mischief in her voice, “Let’s see, we don’t know do we…?”

Though 37-year-old Priyamani is an established, national award-winning actor in the south, having done more than 60 films in her 17 years in cinema, people seem to be suddenly discovering her. Much like how people are waking up to Malayalam cinema, to actors like Fahadh Faasil or even the versatile actor Manoj Bajpayee, for that matter.

“People have sat up and noticed me after Family Man. They have identified me as the girl who danced ‘1, 2, 3 4,’ number with Shah Rukh Khan in Chennai Express. I won’t lie, OTT has given me more exposure and I’ve received a lot of offers after this series,” admits the actor, who still craves the 70mm experience of cinema. Not many viewers are aware but Priyamani stars in another web series – His Storyy is streaming on ALT Balaji and Zee5.

The actress, who was launched by Tamil director Bharathiraja in 2003, also bagged a role opposite Ajay Devgn in Maidaan, a biographical film on the life of a football player, Syed Abdul Rahim.

Bollywood has opened up in a big way to actors from the south for their projects, be it movies or web series, she says. “It’s no longer Bollywood, we should call it Indian cinema,” she points out. Family Man’s inclusion of a slew of south Indian actors in Season 2 gave it a pan-India flavour. Mumbai-based Priyamani was roped into the series through casting director Mukesh Chhabra.

Obviously, working with a “fabulous” actor like Manoj Bajpayee and opposite him as his wife, was a big draw. “I’ve ticked off one thing on my bucket list by working with him,” says the actor, who walked off with a national award early on in her career for playing a madly-in-love, star-crossed village belle in Paruthiveeran.

Working with an instinctive actor like Bajpayee taught her a lot, she says. “I watch how he reacts to every scene, how he brings the scene to life. The scene may not be funny, but his expressions turn it around and make it hilarious,” says Priyamani, who is in a happy space as the success of Season 2 has surpassed all expectations.

People identify with the well-etched out characters and the turmoil a common man goes through saving the nation, she says about the fame. “We met a retired RAW agent in Delhi during Season 1 promotions. He shared with us how he would be missing from his house for days and his wife had to run the show. He also told us about the people who have sacrificed their lives to keep the nation safe. Truly, they are the unsung heroes of our country. I have immense respect for these undercover agents who work night and day. We pay tributes to the army, who protect us, and we should, but these people don’t get noticed because of the nature of their jobs. I doff my hat at them,” says Priyamani.

In Season 2, her character Suchi is withdrawn as she tussles with her guilt. “Yes, in Season 2, emotions are running deep. She also has to deal with the tantrums of a teenager daughter, who is facing her own problems. It is difficult for kids whose parents don’t communicate with each other and, what I go through as a mother –the complexities build up in this season,” explains Priyamani, who was drawn to the character of this multi-tasking woman, who is trying to carve an identity for herself.

“In Suchi’s defence, it is tough on her because her husband fails to listen to her, her kids are busy growing up and she’s asking, what about me? I love the way each and every character has a significant role to play. But I guess, since it is called the Family Man that’s how it should be,” she says.

Priyamani has done a variety of roles in offbeat and commercial cinema in Telugu, Kannada, Tamil and Malayalam. “I’ve no regrets about any role,” she says, having worked in a Balu Mahendra film with Dhanush and in Mani Ratnam’s Raavan. However, she candidly admits that she would love to have the ‘body of work’ Telugu actor Samantha has to her credit.

“There are movies written for her. Even now, she carries a film on her shoulders. Hey Baby was such a cute, nice movie. The kind of films she gets, somewhere I feel I wish I could get something like that,” says Priyamani. She adds, “I don’t think she has ever played a role like Raji. I saw one scene of hers earlier, and I texted her saying she was amazing. She was sweet enough to reply to me thanking me admitting she had been nervous to do that scene. We were so happy and glad she got on board and become part of Family Man…our family.”

This self-effacing actor has been chalking her own path in south cinema, but Family Man opened more doors and so did Ekta Kapoor’s His Storyy.

“I play a woman whose world has come tumbling down when she realises her husband’s sexual preferences are different, has always been different. He has been leading a lie. But he still loves his family and struggles to choose between his love and his soulmate. It is very well shot, and kudos to ALT Balaji for coming up with a meaningful story. ALT Balaji is linked to bold movies because of their sexual content but this is different.”

A champion of the LGBTQ community, Priyamani adds, “This is a meaningful subject. Love is love, be it with a man or a woman. It’s very difficult for these people to be accepted by society, so we wanted to bring a story that would broaden people’s minds. Even today people are not able to accept them, so we want to do that through the series.”

Two of her films are waiting to be released. One is the Telugu remake of Asuran with Venkatesh, in which she plays Manju Warrier’s role. It’s her first deglamourised role in Telugu cinema, she says. Another Telugu film, Virata Parvam, where she plays a hard-core naxalite in Telangana, is on the cards. It’s not as if she doesn’t have her share of films to her name, but somewhere, there’s a subtle change in the nature of roles coming her way and she has to thank Family Man for this.  Good reason enough for her not to cheat on Srikant Tiwari!