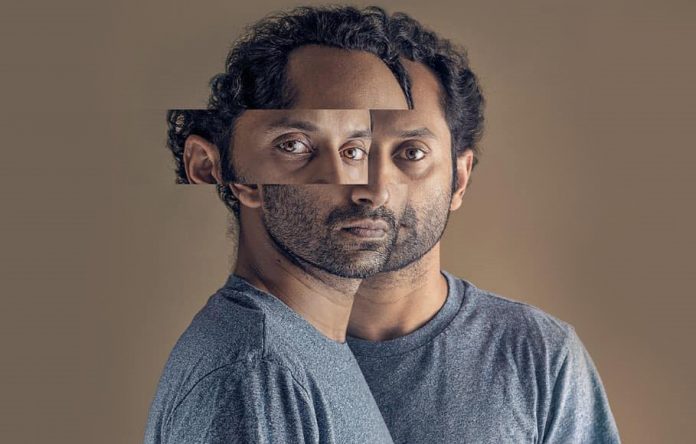 In a short time, Fahadh has become one of the most-sought-after actors in Malayalam cinema

This is a fan letter.

Last night, I happened to watch Thyagaraja Kumara Raja’s Super Delux, an often menacing, daringly over-the-top movie spun around a bunch of off-the-rail characters and brought together to a head by coincidences over which they have no control. That would be our world, run by chance.

In the movie, you were the cuckolded husband, who must help his wife to make disappear the corpse of the lover who dies in the course — or maybe a little after— of coitus.

As the husband, who perhaps suspects a truly wicked thing often finds its source in innocence,  you acted out the strain between your sense of betrayal and the basic decency of a gentrified young man who could not sublimate his trauma in violence.

You did such a good job of that balancing act that  Thyagaraja Kumara Raja in an interview with entertainment journalist,  Rajeev Masand, said, if Faasil ever approached him with a script, he would do it free of cost.

In this movie, though unlike the few others of yours I have seen, you are not abnormal, unless the pressing need to appear as normal is itself abnormal. Often, too, we hallucinate normalcy, which is why quotidian life, the one full of repetitive daily chores, acquires a dream-like quality. You are one of the few actors who manifest the unreal quality of our daily lives in your expressions. You come from There, not from Here. With each gesture and twitch of the facial muscles, you insinuate not the character you are portraying, but the one he is aspiring toward, the other, real life, that he ought to be living, the exact one that is constantly escaping him.

I have watched a few other movies of yours. Maheshinte Prathikaram (Mahesh’s Vendetta) Thondimuthalum Dhriksakshiyum (Stolen Good and Eye Witness), Gnan Prakashan (I, Prakashan), Irul (Dark), Kumbalangi Nights, and Joji. All good movies, representing a new trend in Malayalam cinema, breaching the barrier between art and commerce, and marked by relatively no urge to confront the system, as happens in a typical Mohanlal or Mammooty movie, where the hero must pitch his will and carve his destiny, assert his dominance over the social universe by beating it at its own game.

Lal and Mammooty are the classic heroes of the modern Malayalam cinema, undeterred by the odds stacked against them. (The confrontation though is never elemental or even philosophical, never the type and cast of, say, The Old Man And The Sea.) There are exceptions to this rule. As in Kireedam (Mohanlal), or Oru Vadakkan Veera Gadha (Mammooty). But even here, the confrontation calls for physical, more than mental, prowess. The heroes in these movies must resolve their failures and alienation with muscles and weapons, a knife in Kireedam, a sword in Veera Gadha.

Despite the hundreds of movies made — and still in the making—in that traditional hero mold, your movies are a corrective non-binary footnote to that wishful history: that the system has won, and that the individual is powerless despite his violent attempts at the assertion of his independence. Even if he wins, he can be only a part of it and would contribute toward that system, to the existing power equations. His victory ensures, in fact, continuity of what he had fought against.

A report by the National Mental Health Survey of India. 2016, around the time, you, Mr. Faasil, began to be seen as the pin-up boy of the woke crowd, says 11 percent of  Kerala population are patients of mental disorder.

Unofficially, this number must be more. It is perhaps some consolation that a good number of people we interact with in Kerala are nuts, starting with ourselves. Normalcy is often a function of numbers. Even our need to believe in a cause — socialism, revolution?— is stronger than the belief itself, as Russel Crowe, a professor trying to save his innocent wife from a murder rap, says in The Next Three Days.

In Kumbalangi Nights, your character, Shammi, who runs a barbershop, owns a Bullet, and stays in his wife’s house with the in-laws, and who, despite his manly need to assert himself at home and outside, finally is shown physically driven to a corner facing the wall. He is done, the days of pretending-to-be- normal are over. (It is not as if the bunch of brothers who overwhelm him is greatly better than himself either.) The world is finally beyond Shammi’s speech and skill.

Shammi’s day-to-day gestures—shaving his face carefully, wearing decent clothes, superior moments in his barbershop— are not enough to control the ‘abnormal’ love life of his sister-in-law, a life-spring that threatens his sexuality and his idea of order.

It seems too simplistic to say, as is widely believed, that the movie is against the now catch-all word, patriarchy. There really is no patriarch in sight in the movie. In fact, there is no single man, or woman,  in charge— which could be the problem. The family of brothers pitched against the mentally disturbed Shammi are themselves trippy, unstable. Their father is long dead, the mother is long missing. The eldest brother, a surrogate father, suffers a breakdown and is shown weeping, his face against his shrink’s chest.

This reflection, no matter how compulsive and even just Kerala’s participation in the progressive politics, of the dysfunctional common man and his consequent sense of isolation in a society which on the outside talks of woke ideals and on the inside is slowly breaking down, is the emerging reality of the individual.

Comrade Faasil, in your latest movie, Joji, pretty much the same themes of mental breakdown are mapped. But in this movie, tautly directed by Dileesh Pothan, the eponymous hero ends up murdering— his domineering father, and his loving brother.

There is an asymmetric graph of psychosis here (from Thondimuthal through Kumbalangi Nights to  Irul and Joji)  where your character, from being a borderline case or shown as guilty of petty infractions of law — ways of beating the system for survivalist reasons — to actual murder ( if only to overcome the obstacles) followed by surrender to the system, beat. You can’t win in the new world, no matter how vogue and woke your loud social media professions are. You have no control. Covid is the latest example of a world spinning out on its own into yet another realm of chaos.

Comrade Faasil, how well you tap into the new type: a victim, not a victor. A drop-out, bit of an asshole, the alienist. We know them. We are him. Trying to be functional, saying the right things in public, and dreading the moment when we are alone with ourselves, looking in the mirror for the daily shave, the razor paused a hair’s breadth over the jugular.  Mr. Faasil, is that you covered in lather, Comrade? Or, is that us? And what shall we do with the razor?

(CP Surendran’s novel, One Life, And The Many Lives of Osip B, is slated for release later this year.)

How YS Sharmila has emerged as a serious play...

6:30 AM, 1 December, 2022 0
Nehru's vision was for an India that celebrates its diversity; if the yatra brings the Congress back to embracing all that Nehru stood for, it would be good for both the party and the country, says the senior Congress leader