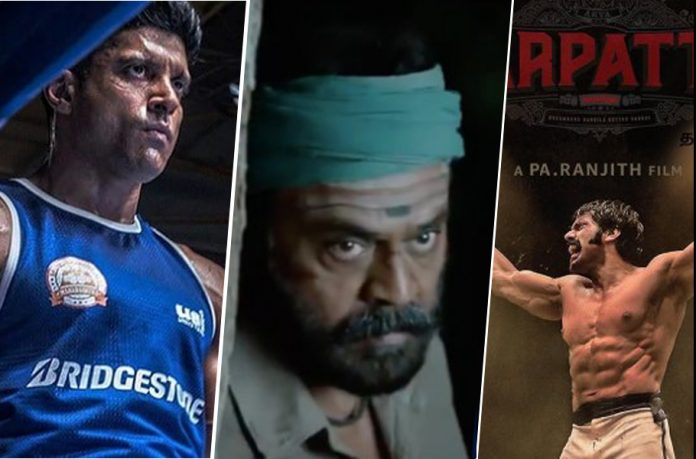 One of the biggest releases this weekend, besides Fahadh Faasil’s ‘Malik’, will be Farhan Akhtar’s boxing drama, ‘Toofan’.

Akhtar, who directed films like the Shah Rukh Khan helmed ‘Don’ series and ‘Dil Chahta Hai’, (in fact the DCH completed twenty years this year) is being seen more in his actor avatar on celluloid. In an interview with PTI, Farhan admitting this said candidly, “To a certain extent it is true that the director in me has taken a backseat because of the interesting parts I am being offered, I do feel lucky with the kind of work I’ve gotten to do over the years.” Adding, that it is difficult for him to say no when “exciting roles” come his way.

Last seen in Bollywood movie, ‘The Sky is Pink’, opposite Priyanka Chopra, where he plays a father who is trying to come to terms with the impending death of his daughter, ‘Toofan’ finds him inside a boxing ring playing an underdog boxer from the slums.

Akhtar, who had put his heart and soul into ‘Bhaag Milkha Baag’, a biopic on the late Milkha Singh, for which he had won the Filmfare award for best actor, has shared that it has been tough to get into the skin of a boxer.

“No matter how physically strong one is, stepping into the shoes of a boxer is a whole new ball game. It took 8 to 9 months of rigorous training for me to get into the character and it made me realize how physically, mentally and emotionally demanding the sport actually is,” he said in an official statement.

Directed by Rakeysh Omprakash Mehra, the film captures the “inspiring” journey of a local goon from Dongri, who turns into a professional boxer, Aziz Ali. His life changes when he meets a bright and a compassionate young woman named Ananya (Mrunal Shah, who was last seen in ‘Batla House’ and Hrithik Roshan’s ‘Super 30’), who guides him to find his calling in sports. This film lands on Amazon Prime on July 16.

Meanwhile, Tamil actor Suriya launched the trailer on his official Twitter handle of yet another boxing drama from the south for Pa. Ranjith’s  film, ‘Sarpatta Parambarai’. This film on the boxing culture in north Madras set in the 1970s, stars Arya and Dushara Vijayan in the lead roles. It has been creating a lot of buzz, and its trailer also drew the attention of Bollywood actor Farhan Akhtar, who posted a tweet congratulating the cast and team on the “raw and riveting” trailer. `

Pa Ranjith said while unveiling the film’s trailer that he had stumbled on the subject when working on his film ‘Madras’. That’s when he learnt that boxing and football are the two most popular sports in North Madras. “I started to wonder why boxing was so popular in this area,” he said, Hindustan Times reported. Moreover, he also wanted to break the stereotype image of north Madras that is often portrayed in films. And he said that this period drama is his “strongest work”.

The movie is all set to have it’s digital premiere on Amazon prime video on July 22.

On the subject of boxing films, the well-made and heart-warming sports drama, ‘Iruddi Suttru’ (‘Saala Khadoos’ in Hindi) is also streaming on Amazon Prime. It was a comeback film for actor R Madhavan, who had taken a sabbatical. Written and directed by Sudha Kongara, it tells the tale of how a talented and failed boxer, on the trail to identify new women boxers, zeroes in on an amateur (Ritika Singh) and decides to train her.

Throwing a similar punch is Clint Eastwood in ‘Million Dollar Baby’, a 2004 film. Margaret “Maggie” Fitzgerald (Swank), an underdog amateur boxer is helped by an under-appreciated boxing trainer (Eastwood) to achieve her dream of becoming a professional. 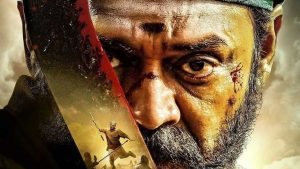 Venkatesh Daggubati stars in the ‘Asuran’ remake in Telugu, ‘Narappa’, which releases on July 20 on Amazon Prime. Judging by the trailer, director Srikanth Addala has remained loyal to the original, which was written and directed by Vetrimaaran.

While Venkatesh takes on Dhanush’s national award-winning role, Priyamani (Family Man) steps into Manju Warrier’s shoes. The filmmakers reportedly had a face-off with theatre owners and the state film chamber of commerce in Telangana for choosing to premier on OTT. However, Narappa producers have decided to take the plunge, like most of their peers in the Indian film industry.

Light relief in the pandemic

The Kannada comedy-drama ‘Ikkat’ will come as some light relief though it is set against the backdrop of the pandemic lockdown. According to News Minute, “The story revolves around an unhappy married couple who are on the verge of getting a divorce, but are forced to spend time with each other when a nationwide lockdown is announced due to the pandemic.”

News from the OTT world: Meanwhile, a music video titled ‘South Anthem’ released by Netflix to celebrate the launch of the Indiasouth twitter handle has evoked mixed responses. The music video is part of Netflix’s ongoing attempt to make inroads into the southern market, where it faces stiff competition from Disney Plus Hotstar and Amazon Prime Video.  However, some netizens have objected to this, with one twitter user saying: ‘What in the hell do you think you’re doing? If inclusion comes through the creation of a separate identity, it’s not really inclusion, is it?’

You cannot win them all, can you? But Netflix, which has roped in some big names in the south industry for yet another anthology titled ‘Navarasa’, is banking on these shorts to bring in some south viewers onto their platform.

With mega films signed up, Suriya is the busiest actor in Kollywood ...