Unarguably, the short film format has got a boost during this pandemic. In the past two years, we have seen a series on the legendary Satyajit Ray, on what the pandemic did to us, on the nine rasas like love, lust, disgust etc. Some have worked and others clearly did not. But OTT is still banking on them and the second set of Amazon Prime Video’s ‘Putham Pudhu Kaalai Vidiyaadhaa…’ anthology series lands on the Pongal weekend.

It has five shorts based again around the “challenges” characters faced during the second lockdown of the COVID pandemic. This theme may sound laboured but unlike the last time when they had big names like Gautam Menon, Sudha Kongara, Suhasini and others to helm the episodes, this time, it is a bunch of relatively new directors telling their stories. Each story – ‘Mugakavasa Mutham’, ‘Loners’, ‘Mouname Paarvayaai’, ‘Nizhal Tharum Idham’, ‘The Mask’ – deal with hope, love, friendship and resilience with always a silver lining on the horizon.

Interestingly, one of the short films in the anthology, ‘Mouname Paarvayaai’, directed by Madhumita stars the delightful and assured actress Nadiya Moidu and the Malayalam actor Joju George. Joju George like many other talented actors have got a new lease in his acting career due to the pandemic and OTT, which he wryly admits in an interview. He is in most of the films on OTT of late, which includes Karthik Subburaj’s gangster Tamil movie ‘Jagame Thandhiram’.

‘Mouname Paarvayaai’ is Madhumita’s take on the relationship between a middle-aged couple, portrayed by the dynamic pair Nadiya and Joju. A husband and wife trapped in a life of drudgery learn it is important to communicate with each other. This one looks good.

There’s ‘Kadhalil Sodhappuvadhu Eppadi’ director Balaji Mohan’s ‘Mugakavasa Mutham’ on young love as well. The director says he weaves together two of the most basic emotions of love and longing that was marred in the pandemic in his episode. “Through Gouri and Teejay’s characters we have attempted to show love finds a way even in tough times, we just need to keep the faith,” he says in a statement. Aishwarya Lakshmi, Arjun Das and Lijimol Jose (of Jai Bhim fame) are also in this anthology. 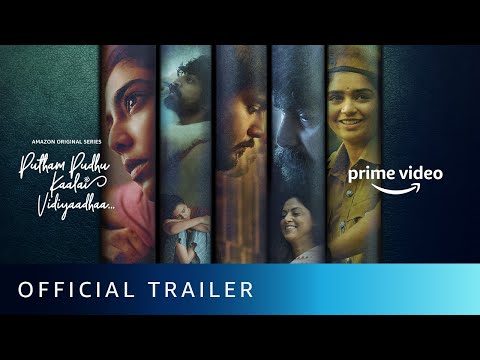 The Bollywood version of this anthology series based on the pandemic, ‘Unpaused: Naya Safar’, will also start streaming on the same platform from January 26. Here too, five stories will provide a window into how the pandemic made us value life and emotions more than ever. As the pandemic shows no sign of ending anytime soon, people are fed up with resilient stories and may just want to binge on letting off steam and breathe freely without a mask again!

Must Watch in anthologies: An excellent anthology made in 2012 by young filmmaker Anand Gandhi, the ‘Ship of Theseus’ is available on YouTube at a price to watch.

Medical thrillers have always done well right from the days of the 1978 American mystery thriller ‘Coma’ to the more twisted Shutter Island (Hulu) and Flatliners (Amazon). Indian cinema too had the likes of the 2006 ‘ E’ (Jivva and Nayanthara) about human trials of a foreign manufactured drug) currently streaming on SonyLiv, ‘Vadacurry’ (trade in expired drugs) and ‘LSD: Love, scandal and doctors’, and the much-appreciated ‘Virus’ set in Kerala, against the backdrop of an outbreak of Nipah virus (all streaming on Zee5).

Here’s another one dropping on Disney+Hotstar this weekend. 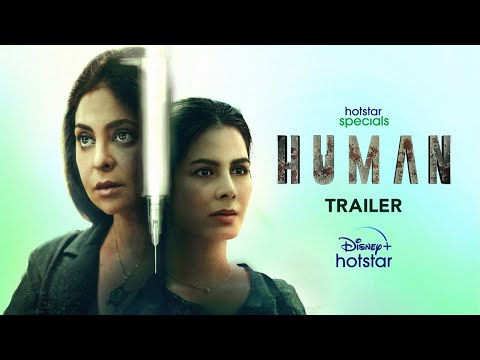 This series, ‘Human’, which explores the murky world of human medical trials, stars Shefali Shah (another star shining under the OTT sun) (she was absolutely brilliant in ‘Delhi Crime’) and Kirti Kulhari in lead roles. It has been directed by Shefali’s husband Vipul Amrutlal Shah along with Mozez Singh.

‘Human’ focuses on how the trials are conducted, who are the people who sign up for them and whether they are aware of the dangers involved, especially in a country like India. Dr Gauri Nath (Shefali), a 45-year-old doctor, owner of a prestigious hospital called Manthan  is a “hero of the society”. Enter, Dr Saira Sabbarwal, Dr Gauri’s “best find”, who is suitably awed by Nath and her aura of success. But soon chaos ensues in their lives as the drug trial leaves death and destruction in its wake. 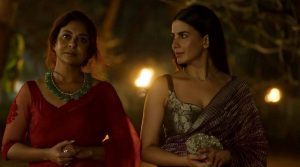 Everyone knows human trials are conducted but nobody wants to ask the uncomfortable questions, say the makers of the series. They were reportedly ‘overwhelmed and disturbed’ when they got to know the gory details of how the system works.

The official synopsis reads like this: A pharma giant is using India’s lax clinical trial rules to fast track the development of a new drug, despite lethal side effects. Meanwhile, 35-year-old Dr Saira Sabharwal lands a dream job in Bhopal’s premier hospital under the mentorship of the iconic Dr Gauri Nath. Saira grows under Gauri’s tutelage and the two women start to form a deep bond over their commitment to the medical cause. However, a shocking discovery throws their life into chaos as their story becomes intertwined with that of a young migrant worker, Mangu, who is all set to wreak havoc on the medical system.

Shefali says in an interview Nath is one of the most complicated and unpredictable characters she has ever played. Apparently, it is completely out of her comfort zone and says that ‘Human’ is a Pandora’s box of emotions, actions and consequences and you’d never know what hit you from the dark depths of its complexities… Well, hope it lives up to the hype.

In the Netflix original ‘Kaali Kaali Ankhen’, a romantic simpleton, Vikrant (Tahir Bhasin), becomes an object of desire for Purva (Anchal Singh), who will go to any lengths to get him. As Purva’s ruthless efforts to make him hers begin to destroy all that he holds dear, the mild-mannered Vikrant finds a new side to him emerging.

In order to escape Purva’s clutches and reclaim his life with his true love, Shikha (Swetha Tripathi), he goes down a dark path only to regret it later in this pulp thriller. It is an eight-part series, and is liberally sprinkled with ‘Shah-Rukh giri’ which means being a hero. According to Bhasin, who was recently seen in Kabir Khan’s sports drama ’83’, the series is very ‘pulpy Bollywood’  with all its passionate romance and revenge angle.

But Ayushman Khurrana’s ‘Chandigarh kare Aashiqui’ takes love to another level. Streaming on Netflix, this film which released in theatres in the second week of December, picked up solid reviews because it tackled an unusual subject of a man (actually a muscular-he-man) falling in love with a trans girl.

‘What is trans’, asks the baffled hero Manu (Ayushman Khurrana) after he is told by his girlfriend Maanvi (Vaani Kapoor) that she is one. This simple Jat boy from Chandigarh who knows nothing other than building up his muscles at his gym to compete in the city’s G.O.A.T (Greatest of all time) competition, is traumatised after she shows him a childhood photo as a boy.

Manu cannot get it out of his head that he has ‘slept with a man’ and goes berserk. the rest of the movie is how he comes to terms with this fact. Though it takes on a sensitive and explosive topic, with Vaani Kapoor saying it is high time the stigma attached to the trans community goes away, the film doesn’t really go too deep to understand the real challenges that Maanvi must have faced to reach the stage of blossoming into a confident, gorgeous and curvy woman.

The film is entirely Ayushman Khurrana all the way and he is extremely good like he was in ‘Vicki Donor’. But he cannot do much in a film that has not bothered to give a solid arc to the characters.

The story written by the director Abhishek Kapoor along with Supratik Sen is superficial and skims the topic in a hurry. Vaani Kapoor puts up a spirited performance and keeps the movie afloat. It is an easy, breezy watch.