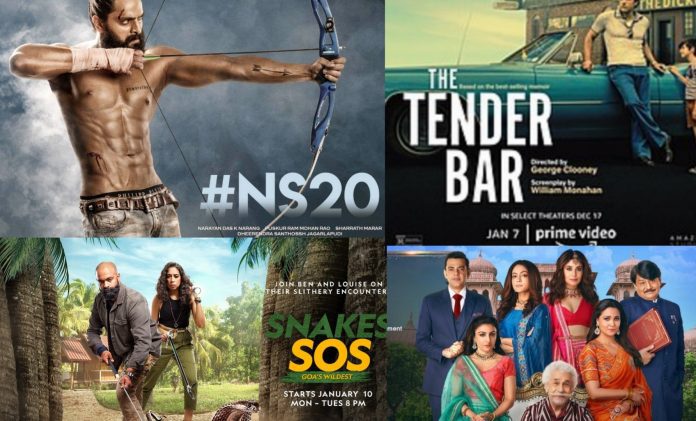 Actor Naseeruddin Shah has made it clear that he has “no aversion” to star in OTT series. It is the future and one cannot stay away from it, Shah, known for his stellar work in art cinema and nuanced performances on stage, has said. Last year, Shah essayed the role of an old, opinionated classical musician with “shades of grey” in the Amazon Prime series Bandish Bandits. It picked up good reviews with critics talking about how he towered over the entire web series.

Shah’s latest web series Kaun Banegi Shikharwati, a comedy, releases on Zee5 this week. It spins the story of a former king, Raja Mrityunjay Singh Shikharwat (Naseeruddin Shah), who tries to reunite with his estranged daughters to solve a torturous tax problem and save his ancestral palace. His right-hand man is played by the talented Raghubir Yadav, who gets the raja to pit his four daughters (played by Lara Dutta, Soha Ali Khan, Kritika Kamra and Anya Singh) against each other to somehow pin the responsibility on them. 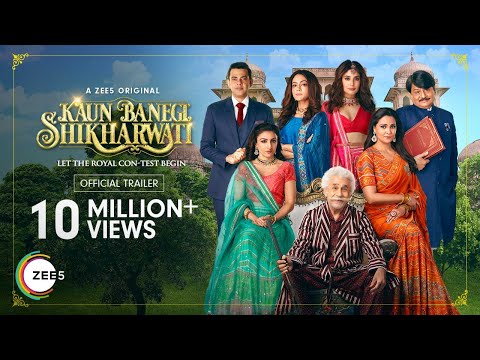 They have to compete with one another in ridiculous games that the raja and his sidekick have devised (one even probably mocks popular Netflix Korean show, Squid Game), if they want to take their father’s inheritance. While the princesses who share a dysfunctional relationship with each other slowly start to reconnect, they also stumble upon their father’s true intentions.

In a media interview, Soha Ali Khan described the series as “fun and chaotic”. And the fact that “Naseer Sahab, Lara Dutta, Raghubir Ji (Raghubir Yadav)” are working on it ostensibly gave her a sense of security, and she knew that “it can’t be totally mad (sic)”. What’s interesting is that in her interview, the actress (known for her role in Rang de Basanti and last seen in Sahib, Bibi aur Gangster 3 also streaming on Zee5) shares how the series gave her time to play with the complexities of her character, add layers, and build a proper graph that can go over for eight to 10 hours.

Well, Kaun Banegi Shikhawati, reminds one of the recent quirky comedy Annabelle Sethupathi, starring Taapsee Pannu and Tamil actor Vijay Sethupathi, which is also set in a palace, and turned out to be completely unfunny. But with actor Naseeruddin Shah at the helm, who accepts projects “purely on instinct”, this may not be a complete write-off.

Besides, the release of Allu Arjun’s blockbuster film Pushpa on Amazon Prime, Naga Shourya’s Telugu sports drama Lakshya too releases on aha platform on January 7. It is about a sport not widely publicised in India – archery. Reviews of the film, which released in theatres last month, are good.

Pardhu (Naga Shaurya), who had always wanted to be an archer, is supported in his passion by his grandfather Raghu Ramaiah (Sachin Khedekar). The latter fuels his grandson’s love for the sport and shapes his future towards a goal, the World Championship. According to one reviewer, the best part about Lakshya is that it doesn’t give in to jingoism or unnecessary commercial elements. Check it out. 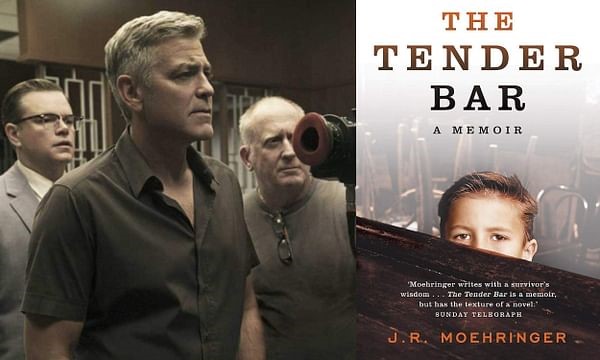 George Clooney, who made his debut as a director with the 2002 Confessions of a Dangerous Mind, a film based on a true life story of a television producer who claimed that he was also a CIA operative, had gone to direct several films. The Ocean’s Eleven star’s 2021 film Midnight Sky, a sci-fi film about a lone terminally-ill scientist in the Arctic, who races to contact a crew of astronauts returning home to a mysterious global catastrophe, was slammed by critics and audience alike.

This coming-of-age drama is headlined by Ben Affleck, Tye Sheridan, Lily Rabe, and Christopher Lloyd. The story is based on a memoir by the Pulitzer-winning reporter JR Moehringer, who is abandoned by his father at a young age. Looking for a father figure, he turns to his garrulous, chirpy uncle Charlie, played by Ben Affleck, who is dispensing wisdom from behind the bar at the local tavern.

The shelves behind his bar aren’t crammed with craft whiskeys but books, and the child is free to burrow through the collection and develops a love for writing. His uncle Charlie also stokes his interest in writing and eggs him on to go to Yale college and to get his first byline in ‘The Times’. There are mixed reviews about the film, which has got a 50 per cent rating on Rotten Tomatoes. It is a conventional tale in which Ben Affleck shines, said one review.

On a ‘snakey’ trail

The 10-part series streaming from January 10 will show the couple racing across Goa to face and rescue some of the wildest snake species in the most unusual of situations. It provides an up-close experience of their techniques and contributions in rescuing the varied snake species and other undomesticated animals in Goa.

Besides showing how they save an Indian spectacled cobra trapped deep in a well and a gigantic Indian rock python strangled in a fisherman’s net among others, the series also trains the lens on the rich and diverse wildlife of Goa. It also dispels myths and misconceptions about snakes among people. A must watch for wildlife enthusiasts for sure.