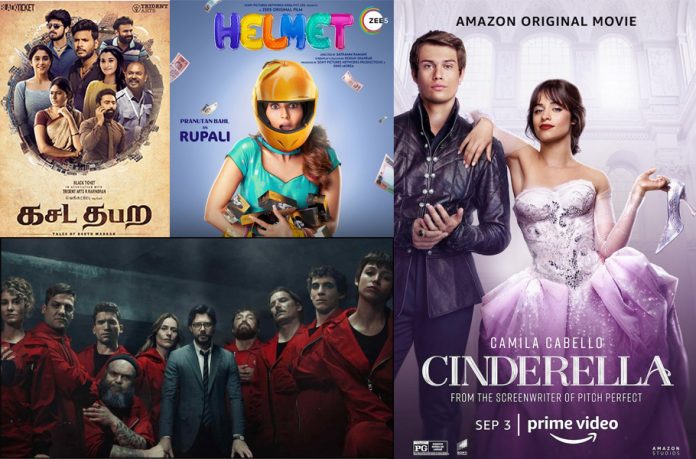 In Hollywood's modern day reimagining of the classic fairytale, Cinderalla wants a career not the prince

What if ‘Cinderella’ does not want to be rescued by a rich, handsome prince? And, what if her dreams revolve around becoming a successful fashion designer, who wants to take the fashion world by storm with her designer wear, instead of being whisked away by a prince. She actually refuses to marry the prince who predictably falls for her and prefers to be a businesswoman rather than spend her life stuck watching the world from the Royal Box!

This modern-day reimagining of the classic fairytale, is turned on its head to send out a strong message on woman empowerment. To stop making girls feel that a prince will come riding on a white horse to sweep them off their feet and take them to la la land. Instead, it is a story of a rebel, who refuses to be a damsel in distress and is truly ambitious and focussed about making a name for herself in the fashion industry.

Interestingly, Hollywood continues on its path to “inclusivity”, as this musical rom-com stars Camila Cabello, a Latin singer, in the title role as ‘Cinderella’. (the fairy who drops by to send her in a golden carriage, glass slippers et al to the royal ball is played by a black actor!) This is the first time the singer is facing the camera but for Cabello, the joy of starring in this film has been to unable an inspirational story of female empowerment to Latino girls and women. 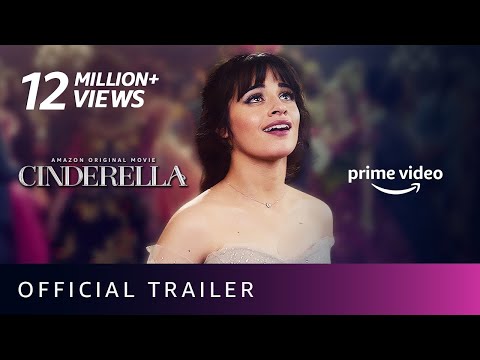 The actor told the media that she loved the fact that Cinderella in the film realises what she wants from her life, and it’s not a prince. “She wants a career and she is being told that’s impossible. I love that she dares to be different,” said Cabello in a media statement.

Further,  proud to be representing her Latino community, Cabello however acknowledged actors before her like Penelope Cruz, Salma Hayek and Jennifer Lopez, who had paved the way for more Latino women actors to break into Hollywood. “Like our Cinderella, they are trailblazers not bound by societal and cultural boundaries, just following their own truth,” she said. The film, which starts streaming on Amazon Prime from September 3, seems like a refreshing take on the fairy tale. Check it out.

For Marvel Comic Universe fans, ‘Black Widow’, is now finally available in India on Disney+Hotstar. Scarlett Johansson plays the lead role of Natasha Romanoff or the Black Widow who is a Russian-spy turned Avenger.

In this film, she is pursued by a lethal force and in order to defeat it, she has to reunite with an unlikely group of spies from her years before she became an Avenger.

You may or may not want to catch ‘Black Widow’, but for sure, like most Indians you may want to remain clued to screens this weekend because the fifth season of the highly-popular Spanish series ‘Money Heist 5’ is all set to land on Netflix this Friday.

India Today reported that a Jaipur company, Verve Logic, has given leave to its employees on Friday to bingewatch the show and return to office re-energised. This the final heist for the gang of robbers and they have to face the toughtest challenge as they have been trapped in the Bank of Spain for over 100 hours. The army has been called out, it is no longer a robbery but an all-out war.

‘Kasada Tabara’, which released last week on SonyLiv, is a hyperlink drama and features six short films directed by Chimbu Devan. But each film has a different editor, music composer and cinematographer. It has intriguing characters like a God, don, a conman, police officer with no-kill policy, and others.

There are encounters, betrayals, romances, and near-death scenarios. All the films are connected in some way much like the other high-profile hyperlink film in Tamil cinema, ‘Super Deluxe’. That film took viewers on a “dazzling ride”, but ‘Kasada Tabara’ is said to be a passable entertainer. Critics have not gone ga-ga over it.

Set in Visakhapatnam, the film centres around Prem, a flamboyant young man, who out of despair after his mother’s demise, sets out to seek the love of his life. His quest however leads him to pursue multiple women until Cupid truly strikes and brings along with it challenges Prem hadn’t bargained for.

‘Helmet’, a quirky comedy film from India’s heartland lands on Zee5 on September 5. The synopsis of the film runs like this: Desperate to make some quick money Lucky and his friends rob an e-commerce company truck. But to their surprise, the looted boxes contain condoms instead of electronic gadgets. What will Lucky do?

This film features Bollywood actor Manish Bahl’s (remember him? He is the late yesteryear actor Nutan’s son) daughter Pranutan Bhal (oof, if this isn’t nepotism, what is?) as Rupali, the hero’s dominating girlfriend. But it doesn’t stop here, Aparshakti Khurana who is the brother of actor Ayushmann Khurrana, is the hero of the film.

He has been a part of a handful of popular Bollywood movies like ‘Stree’, ‘Badrinath Ki Dulhania’, ‘Lukka Chuppi’ etc. If his brother hit gold by acting in a film which talked about semen donation in ‘Vicky Donor’, why can’t he act in one which spreads the good message about condom use? Well, we have to see if this one will fit the bill.

Drive-by shooting injures 2 at funeral at US ...