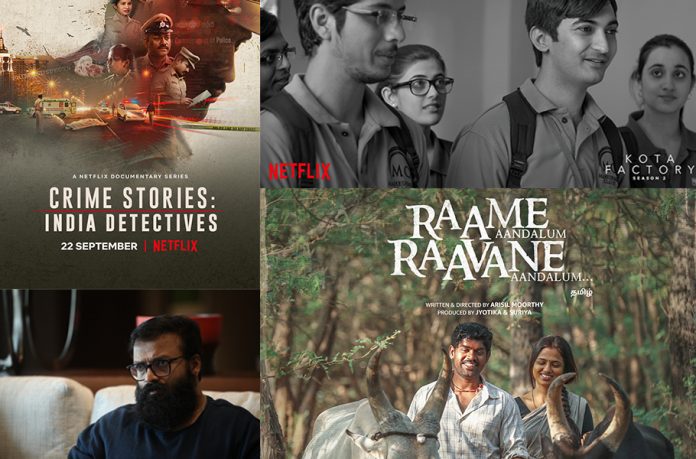 In the early 90s, the Shakereh Khaleeli murder case shook the then tranquil, garden city of Bengaluru. The ex-wife of a diplomat, the beautiful Khaleeli, who had remarried a swamiji called Shradhanand, went missing.

The police could not solve the case for nearly three years and it was only the detective work of a constable, who doggedly befriended the servant/dogsbody of the Khaleeli household and became his regular drinking buddy in a bar, who cracked the case. One day, in a fit of drunken stupor, the servant spilled the beans to the cop.

Khaleeli had been buried alive in the backyard after being drugged by her husband, the swamiji, who had an eye on her substantial property. That was the nature of sleuthing in those days. More than two decades later, Bengaluru police is armed with a slew of technological tools and candid social media posts to track down criminals.

As MN Anucheth, DCP, Bengaluru Central division, wryly says in the new Netflix series, ‘Crime Stories: India Detectives’, (which landed on September 23) that social media is a major source to help them to track down suspects. Clearly, dead men don’t tell tales, but social media does.

In fact, in the first episode, in which a techie savagely kills her own mother, the police capture a lot of information about the girl and her lover from the latter’s social media posts right down to his bike’s number plate and how a lot of girls are fawning over his Cassanova looks quickly liking whatever he posts.

“People are not at all cautious about what they post online”, says the DCP with a laugh. The series trails cops as they work on four different cases that had unfolded in the urban sprawl that is Bengaluru. The makers of the series, which included a foreign production company, Minnow Films, seem to have unprecedented access to the cops, their modus operandi, the suspects, and the families of the victims, including the young son of a murdered sex worker. 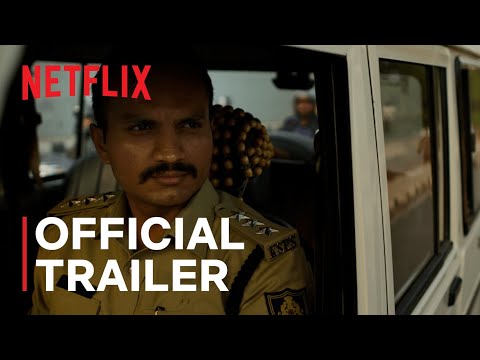 The first episode is particularly hard-hitting as it captures the twisted motives of an educated girl (who is probably suffering from mental illness) caught in a debt trap living a lifestyle beyond her means with her equally reckless boyfriend.

The second episode involves the case of a body found in a gunny bag on the street. Police scour through reams of CCTV camera footage to grab the criminals, which helps them also to track the murderer of a sex worker, which forms the third episode.

‘Crime Stories…’ provide a glimpse of what goes into cracking a case. Some Bengaluru senior cops seem self-conscious of the camera at times, while the suspects seem more natural and haltingly give a few bytes that throw light on what prompted them to commit the crime.

However, the four cases mainly revolve around the poorer sections of society. Also, the series is not a match on some of the crime story documentaries like ‘The Big Little Murder’ (on the murder of a schoolboy from a Gurgaon school) or the chilling Jeffrey Epstein’s Filthy Rich on Netflix itself.

But the crime series has some stunning top shots and panoramic views of the city and effectively captures the flavour of the city. What’s more pertinent is that it is one of the first Kannada docu-series to make a debut on OTT. 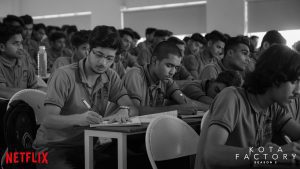 The season 2 of ‘Kota Factory’ streaming on Netflix is a drama that aspires to nail the craze among young Indians to join the coveted IITs. The series centres around Kota – which draws thousands of students from all over the country to enroll in institutes to prepare for the IIT-JEE.

The series depicts the struggles of the students, their inner doubts and their battle with their own inadequacies as they prepare for the country’s most competitive exam. The story is told through the eyes of Vaibhav, a vulnerable teenager, and Jeetu Bhaiya, a modern-day Dronacharya. In this second season, however, Vaibhav moves to Maheshwari training institute, and the series follows his journey as tries to balance his friendships, his relationship with his mentor and the looming pressure of getting into IIT.

The story of a village and lost bulls

‘Raame Aandalum Raavane Aandalum’ (RaRa) is meant to be a political satire set against a poor village, which lacks basic amenities like water and electricity, has no school or even a cemetery. The film, produced by actor Suriya’s 2D Entertainment, is crammed with social messages – there is even mention of money taken from the country and stored in foreign banks. There’s anti-Hindi sentiment and a north-Indian shop seller sporting a red tilak is forcibly made to take a 1,000₹ note that is no longer valid in exchange for some goods. He has no voice in Tamil Nadu.

The film starts off well with an innocent couple Kunnimuthu (Mithun Manickam) and Veerayi (Ramya Pandian), desperately miserable after having lost their two bulls, who they have brought up with loving care. The bulls won’t even eat if the couple are not around. So, when their “kids” Karuppa and Velaiyan disappear they are worried and will do anything to get them back.

The gullible couple even go to a seer who is able to locate their bulls by reading kohl smeared leaves! But the film starts to veer into another path altogether when a TV journalist enters the scene.

Then it becomes a ‘Peepli Live’ kind of a situation when the media descends on the village and politicians of all hues drop in to sympathise with the couple. Digs against politicians, mocking fickle media and lashing out at a corrupt system just keeps falling flat – the cow dung fails to stick! Platitudes fall thick and fast all around.

Unfortunately, debutant director Arisil Moorthy, who has assisted the competent Sudha Kongara on ‘Soorarai Pottru’, doesn’t have a solid plot to back this satire. It just brims over with good intentions. Ramya Pandian (Joker and Big Boss fame) does an admirable job in her space, while debut actor Mithun gamely tries hard to hold his own. The granny in the film is a clincher however.

An ode to loneliness

Malayalam films seem to be continuing their stellar run on OTT as Jayasurya’s ‘Sunny’, which landed on Amazon Prime, on September 23, is picking up rave reviews. What happens when you hit a real low in life and are forced into isolation in a COVID-19 pandemic? Besides, what if you are alcohol-dependent and suicidal as well to queer the pitch? 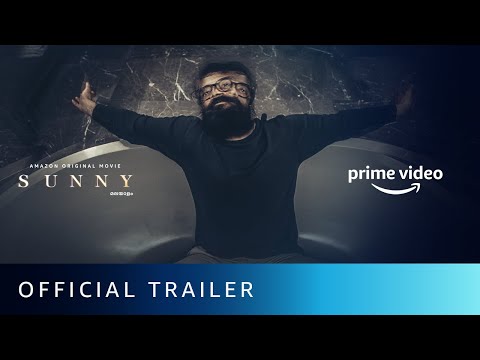 Written and directed by Ranjith Sankar (whose directorial debut ‘Passenger’ was a path-breaker), who was ostensibly inspired by Tom Hanks’ ‘Castaway’, the film circles around Jayasurya’s character, a musician who has lost everything that he earned in his life – his love, his money, and his best friend. Shattered and hopeless, he smuggles himself back from Dubai to Kerala in the midst of a global pandemic and shuts himself from society.

The entire narrative largely transpires in a big five-star hotel room. Here, he battles his inner demons and his craving for alcohol, and tussles with his past and his fear of the future. Sunny befriends a couple of curious strangers over the course of seven days, who change his perspective.

A review in First Post sums up the film thus: ‘Sunny’ is unexpectedly thoughtful and entertaining despite the constraints the director has placed on himself. Malayalam cinema has been quick to incorporate the exigencies of the pandemic into its storylines and/or the construction of its narratives.” Check it out for another tryst with meaningful Malayalam cinema.