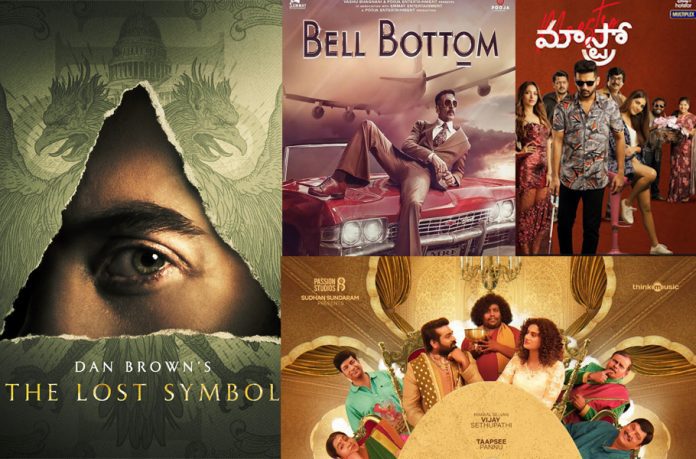 A spy thriller, Telugu remake of Hindi film Andhadhun and an adaptation of Dan Brown's The Lost Symbol lands on OTT

There is a scene at the end of Akshay Kumar’s ‘Bell Bottom’, based on the 1984 hijack of an Indian Airlines Delhi-Chandigarh flight, when Kumar who plays a “brilliant” RAW agent code named Bell Bottom tells the Pakistani ISI chief over the satellite phone: ‘I am the RAW. naam tho suna hoga (you must have heard of us)’.

This is the kind of line that gets the whistles from front-benchers squirming with delight at Akshay Kumar teaching Pakistan a lesson. (there is a lot of anti-Pakistan rhetoric in the film) But, watching it on Amazon Prime Video (the film dropped on the platform on Thursday) as their big-ticket release this weekend, this line loses that sting and becomes yet another show of Bell Bottom’s bravado.

There is nothing this nattily-dressed spy cannot do, he can spot a traitor from afar and even sweet-talk an angry top UAE official. And, even charm the dour Prime Minister of India, Mrs G, played by Lara Dutta, fitted with an unusually sharp-hooked prosthetic nose. But to her credit, Dutta manages to carry off her role without slipping up.

But the movie is a one-man show and the spiffy action hero Kumar, who hasn’t lost his shine despite getting on in years (he continues to romance the much-younger Vaani Kapoor, who predictably challenges him over his stamina for sex) holds this espionage thriller afloat.

The film revolves around a linguist, a national level chess champion trying to clear his UPSC exams, who is roped in by the RAW after his mother dies in a hijack situation. Incidentally, India witnessed a slew of hijacks in the 80s, and only between September 1981 and August 1984, the Sikh terrorist outfit Dal Khalsa hijacked as many as three Indian Airlines aircraft, with the intention of taking them to Lahore in each case.

In this case, the flight is again ostensibly hijacked by a Sikh outfit and Bell Bottom, the RAW analyst, is called in to crack the case. He suspects Pakistan’s ‘hidden’ hand in this hijack, (a theory that was suggested in the aftermath of the real hijack ) and then goes on to advise Mrs G how to best the Pakistanis.

The hijacked aircraft finally lands in UAE and Bell Bottom and his crack team also arrive in the Gulf nation, which they keep praising as a nation that will not tolerate the loss of innocent human lives. Maybe, the filmmakers and Akshay Kumar were wary of rubbing  Dubai the wrong way. But the actor almost ended up doing that since it was Sheikh Mohammed bin Rashid Al Makhtoum, the ruler of Dubai and vice-president of UAE, who had actually negotiated with the hijackers and got the passengers released back in the 80s.

And UAE was reportedly and understandably miffed when the glory was usurped by a RAW agent in the film and nearly banned the flick.

But Bell Bottom shuns negotiations despite being reminded by the Emiratis that he comes from the land of Gandhi. The superman spy however gently interjects to state that we (Indians) also come from the land of Bose, and we have to keep the pride of the INA. And this makes you squirm a little not with delight but with concern if there is any subversive agenda that Kumar is promoting here.

‘Bell Bottom’ is a masala “espionage” potboiler, which picked up good reviews when it released in cinemas. It made Rs 17 crore in just seven days of its release. Akshay Kumar is too seasoned (having done other similar thrillers like ‘Baby’ and ‘Airlift’ on the same line) to let the film sag too much.

Besides ‘Bell Bottom’, Vijay Sethupathi and Taapsee Paanu’s anticipated Tamil film, ‘Annabelle Sethupathi’ releases this weekend on Disney+Hotstar. Seems promising because of the cast but the trailer showed Paanu talking in a foreign accent, which grates and reminds you of the irritating British actress who mooned over a rustic, muscular Aamir Khan in ‘Laagan’. But there will surely be some good comedy with ghosts (the film has a bunch of ghosts roaming around an old mansion ) like Yogi Babu. The filmmaker had said in a press meet that the film is not a horror but a fantasy and promised that Sethupathi’s character is not just limited to the first half of the film. That should get Sethupathi fans to log online. 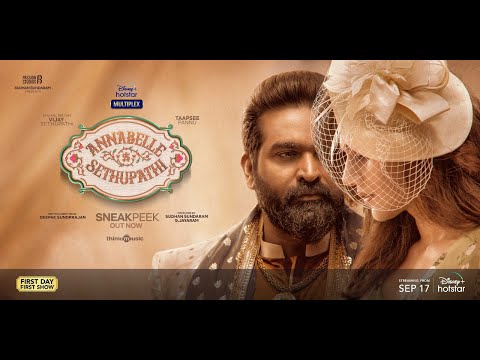 The remake of the runaway hit ‘Andhadhun’

The Telugu remake of the 2018 Ayushman Khurrana starrer ‘Maestro’ is also out on Disney+Hotstar from September 17.

The original had enough twists and turns that you never saw coming. Maybe, that surprise is no longer there to keep you riveted (since this is also supposed to be a loyal remake of the original) but there are a lot of expectations from Telugu actor Nithiin for pulling off the same act that Khurrana did with dead-pan panache. Tamannaah in the silky shoes of the matchless Tabu, hmm…that remains to be seen.

A new series based on the award-winning author Dan Brown’s celebrated bestseller ‘The Lost Symbol’ kicks off on Voot Select. Following the early quests of the gifted Harvard professor, the legendary character Robert Langdon, the series delves into a complex maze of puzzles he must solve to save his endangered mentor and foil a disturbing global conspiracy.

Robert Langdon is portrayed by Ashley Zuckerman of ‘Succession’ fame and he has tall shoes to fill since this iconic Dan Brown character was played on celluloid by the inimitable Tom Hanks in ‘The Da Vinci Code’, ‘Angels & Demons’ and ‘Inferno’. The world-famous trilogy is one of the highest grossing films of all time, earning an impressive 1.5 billion dollars worldwide.