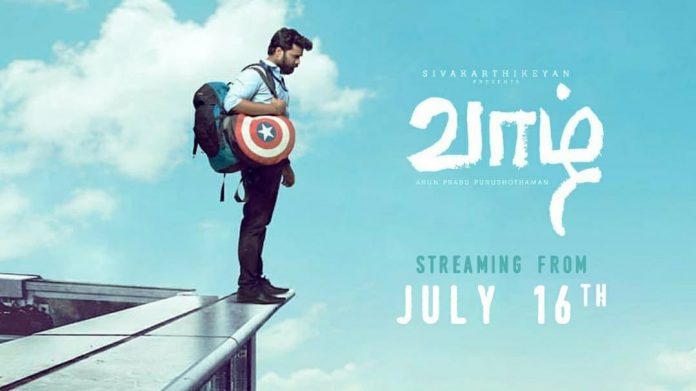 'Vaazhl' , which landed on SonyLiv on Friday is meant to be a light-hearted take on the “absurdity of life"

Is the new Tamil film, ‘Vaazhl’ a travel, a motivational or a philosophical film? This film which started streaming on SonyLiv from Friday (July 16), and directed by Arun Prabhu Purushothaman (who had made his directorial debut with the off-the-beaten-track ‘Aruvi’), seemingly does not fall into any particular genre.

Critics have called it a “trippy, meditative film on the meaning of life”, “a tale of self-discovery”, even as it is a film about living life to the fullest – a tongue-in-cheek take on an existential crisis and above all a stunning “visual treat”.

‘Vaazhl’ is meant to be a light-hearted take on the “absurdity of life” and some have said that it can be an extension of his first feature film ‘Aruvi’, where he focussed on society’s obsession with modern lifestyles. While in Vaazhl, Arun Prabhu is asking if it is possible to understand how one can live life as they wish without watching the calendar or the time. And ensure to take 30 days off in a year to travel!

The film’s plot is seemingly simple ( if at all, viewers and critics are having a problem with the lack of a strong storyline) revolving around a young IT employee Prakash (Pradeep Anthony), whose life is dull and predictable with a nagging mother, troublesome girlfriend and an annoying boss. His boring life takes a turn when he meets a girl who he falls for at a wedding. 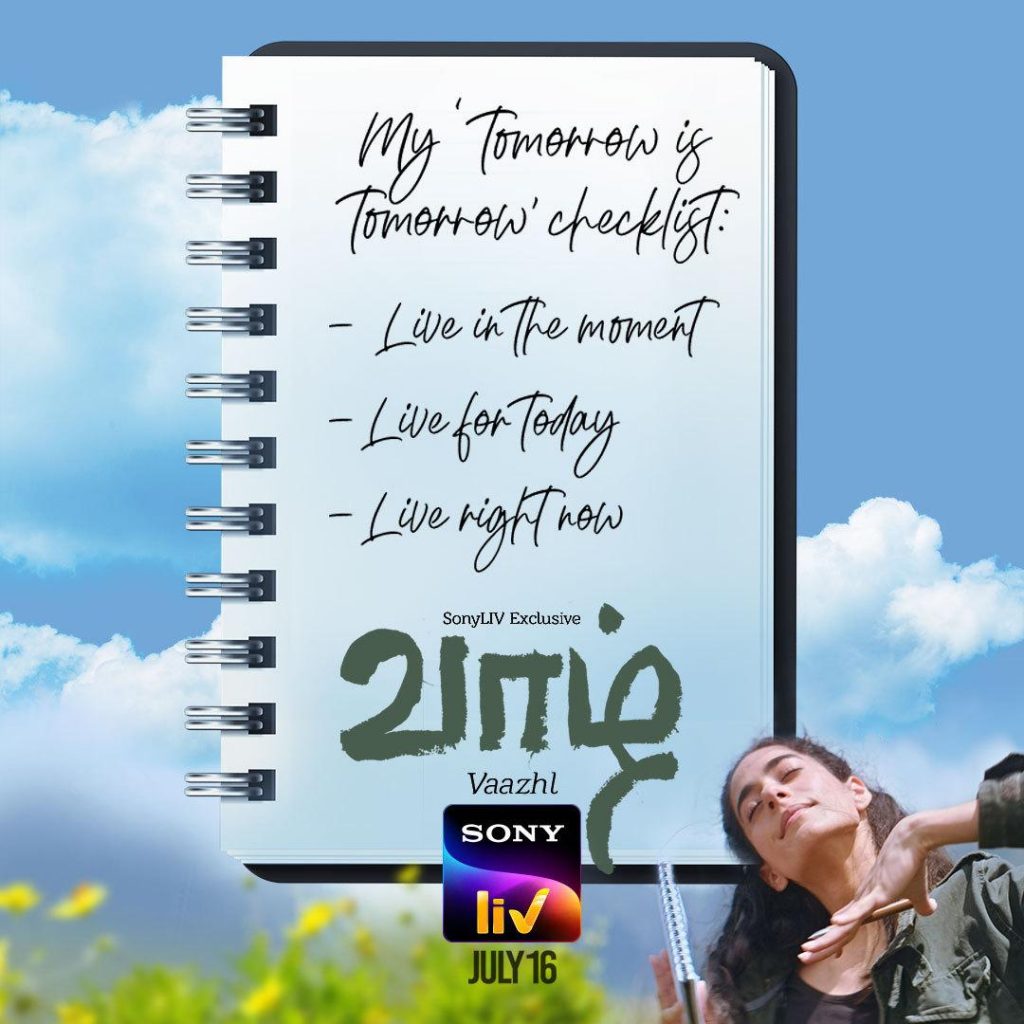 The wedding is called off because of a death in the family, and the girl he develops a crush for turns out to be his distant relative, who is in fact married and a mother to an over- enthusiastic child Yatra (Aahrav).

The plot thickens when the girl (TJ Bhanu) bumps into him again unexpectedly and she requests his help to take her child to a therapist in Nagercoil. Apparently, there’s more here than meets the eye. They go on a road trip across scenic towns of coastal Tamil Nadu. Along the journey, Prakash’s life changes altogether, as he also befriends Tanya (Diva Dhawan), a free-spirited Bolivian girl who forges passports and he develops a bond with Yatra, all of which forms the crux of the rest of the story.

In New Indian Express, the reviewer writes, “It’s again a reminder that the sky and the trees and fresh air are still close by, should we seek them. It’s an ode to travel, this film, and for that reason, a boy at the heart of it all is named Yatra. I thoroughly liked the digs at over-protective parenting, and how it creates unmanageable restless toddlers.”

Also read: How Big B got swayed by a legendary actor like Dilip Kumar, before and after

Praising the cinematographer, he added that Shelly Calist shows the same reverence and attention to detail to capturing Tamil Nadu as it does exotic locations like Papua New Guinea and Goroka Islands.

Twitter users are also full of praise for the Tamil film. A user who goes by the name Abinesh Nagendran, wrote, “The purpose of life is destroyed with our workaholic culture. And this creator @thambiprabu89 (star-struck) with beautiful cinematography in his film has asked us to explore the world with nature. Such refreshing content.”

Another movie enthusiast commended the visuals and wrote, “mind-blowing visuals from the team, those sceneries take us to a new world and carry a lot of hidden emotions. ‘Naaliku, naaliku’”.

While, others have commented that the visuals of the movie made up for the shortcomings that they found in the story. “A journey full of heart that is better felt than said, which didn’t work for me in parts but as a whole felt like a cool breeze after a long week of hot sun. The visuals and music are the soul of the film. Extra points to the lead performances (Prakash and Yaatramma),” read another post.

The main grouse that viewers have about this “experiential film” is that the characters are not etched out as well as the places – as the characters fall into stereotypical boxes – the abused wife, restless child, frustrated protagonist, kind hippie.

Writer Sujatha Narayanan however has observed that the film draws connections between travel, life, and philosophy making it much more than what appears on the surface. Her tweet read, “Vaazhl is a vibe. How does one make a film read like a book? How does one connect concepts of ageing, nature, love and life travel and give it in a “mass” format? How does one simplify how one should approach life?” Yes, indeed, how does one?