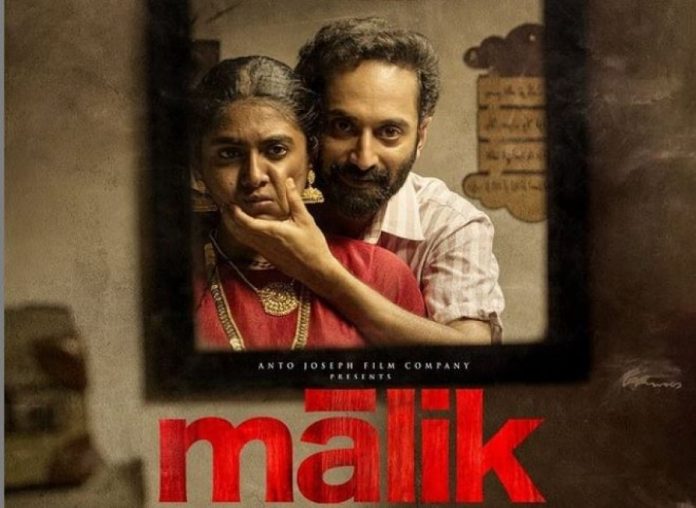 Malayalam cinema continues its good run on OTT platforms, as the much-anticipated Malik, is all set to have its global online premiere on Amazon Prime Video on July 15.

Written and directed by Mahesh Narayan (‘Take Off’ and ‘C U Soon’ fame), this film chronicles the journey of Sulaiman Malik (essayed by the award-winning actor, Fahadh Faasil), a don-like figure, who commands unconditional love and loyalty from the people of his community. He leads a revolution against authoritative forces that try to encroach on the lives of his people, said a statement.

Spanning different time periods, Malik is meant to be a compelling story of a past marked by crime, death and pain. The story is recounted to Freddy, a juvenile criminal, who has been assigned to eliminate his estranged uncle Sulaiman, while behind bars.

Director Mahesh Narayan said about his film, “Malik is a story rooted in the Indian ethos with multiple nuances in its character as well as the emotions they portray, and I hope it resonates with the expectations of the audience.” Meanwhile, Vijay Subramaniam, Director and Head, Content, Amazon Prime Video, pointing out that ‘Malik’ is an ambitious story, said that the success of their recently released movies show that there is a “growing affinity” towards Malayalam cinema across the country.

‘Malik’ is produced by Anto Joseph, (whose Prithviraj starrer, ‘Cold Case’, recently released on OTT to a cold reception), has been made reportedly with a budget of ₹25-27 crores. A Hollywood stuntmaster Lee Whitaker has choreographed the stunt scenes in the film. It is a film that Fahad fans have been waiting for a long time to watch but Malik has been delayed due to the pandemic.