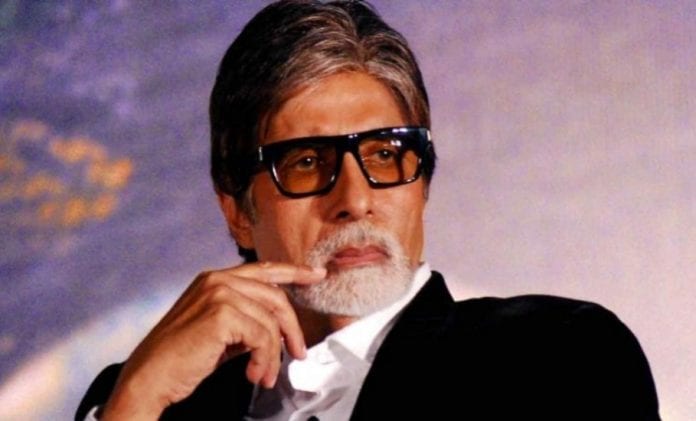 The senior actor said that he would not have made all this information public since it was embarrassing but he had to write to stop the 'every day abuse and the filth of distasteful comments', which his family had experienced from ‘time immemorial’.

Bollywood superstar Amitabh Bachchan took to his blog on Sunday (May 9) to shut down trollers that he is not involved in charitable work and reeled off all that he has done, which ranged from donating ₹2 crore to a COVID facility in Delhi, providing PPE units to frontline warriors to paying farmers’ loans, buying footwear for migrant workers walking home last year and feeding 400,000 daily wage earners in the country for a month.

The actor said he has even adopted two children who have been orphaned after their parents succumbed to COVID and shall be in an orphanage in Hyderabad and will be financing their education till the 10th grade.

Even now, the senior actor would not have made all this information public since it was ’embarrassing’ and he feels ‘shy of public presence despite his profession’, but he had to write to quash the ‘every day abuse and the filth of distasteful comments’, which his family had seen from ‘time immemorial’.

This is not the first time Bachchan has hit back at people on trollers about him not giving back to society. In August 2020, after he had recovered from COVID-19, he responded in a bitter fashion to a woman who had trolled him asking:

“How about donating your extra wealth to the needy and poor? I am sure your wallet will be filled with immense love and blessings! Lead by example. Instruction is good but example is worth more! (sic).” In response, Bachchan listed all his charity work, which he has repeated again in his recent blog, stating that he was weeping as he put this out.

Celebrities have been always the target of trolls, who are quick to haul them over the coals for vacationing in the Maldives during the pandemic or not spreading their wealth to help the affected in this second wave. People heavily trolled Alia Bhatt and Ranbir Kapoor when they were going off on a holiday earlier this year to the Maldives. One Instagram user said, ‘We are in pandemic and people are dying but these people have no shame’.

‘@aliaabhatt Woww this is ur empathy towards people dying in our country’, wrote another.

Actor Sonu Sood who has become an icon for helping migrant workers however has been lauded for his work during the lockdown last year. Shah Rukh Khan too gave his office space to be used as quarantine facility, even as Salman Khan, Akshay Kumar, Farhan Akhtar, Swara Bhaskar and others have been contributing their mite to help people in the second wave too.

In his blog written on May 9, Bachchan again listed his charitable work starting with paying the bank loans of 1,500 farmers from his personal fund to prevent them from committing suicide. The bank representatives and the beneficiaries were called to Mumbai and their loans were struck off. He has given succour to the families of martyred soldiers, including the ones who were killed in Phulwama.

Then the actor, who shot to fame with his angry young man image, went on to list other efforts that he has done especially during the COVID-19 pandemic. Without making it public, he said he had fed over 400,000 daily wage earners in the country for a month. He also provided masks, PPE units to frontline warriors, to police hospitals in the thousands through his personal funds.

“When the migrants were walking back home, some without the benefit or affordability of shoes … provided hundreds of chappals and shoes to them,” he wrote, even as he booked 30 buses to locations in UP and Bihar and supplied them food and water for the overnight travel.

Bachchan had even booked an entire train from Mumbai to UP to carry 2,800 migrant passengers free of cost at my expense … and when trains were cancelled he immediately chartered 3 Indigo Airline planes and flew almost 180 migrants in each flight to UP and Bihar and some to Rajasthan and J&K.

He had also arranged for 20 ventilators for the Brihanmumbai Municipal Corporation, and donated towards a facility that was set up in the Rakabganj Sahib Gurudwara. He wrote that he ‘donated an entire Diagnostic Centre .. opened at Bangla Sahib Gurudwara in Delhi through the Delhi Sikh Gurudwara Management Committee’ and that he has ‘adopted’ two children who lost their parents to Covid-19, and will be financing their education till the 10th grade.

This is not “aggrandisement”, he wrote but it needed to be emulated…” if each were to put in not the above but even a small drop of assistance, the severity of the situation would begin to ease”.