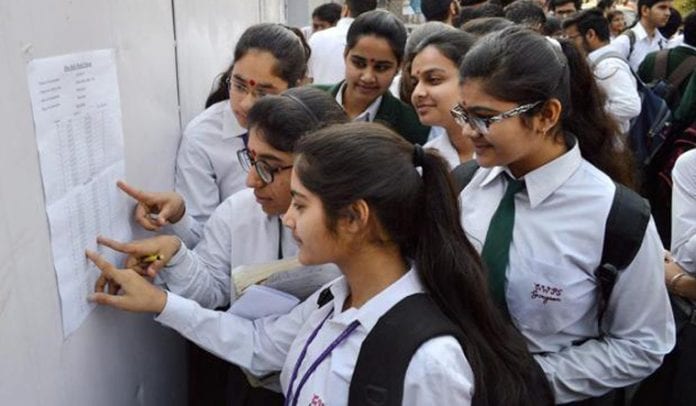 Many schools have objected to standardizing the scores of all students based on the school’s performance. File Photo

After the Central Board of Secondary Education (CBSE) cancelled Class 12 exams due to the COVID outbreak, there is widespread concern about the new evaluation system. Teachers and students are skeptical about following a mechanism set up for class 10.

On May 1, the Board announced an assessment pattern for Class 10 students. It included two essential points: how an individual student’s final score will be counted, and standardizing the scores of all students based on the school’s performance.

The government on June 1 announced cancellation of Class 12 CBSE exam after a meeting chaired by Prime Minister Narendra Modi.

What are the two suggestions?

* A student’s score will be calculated on the basis of performance in a unit/periodic test, the half-yearly or mid-term exam, and the pre-board exam. These will cumulatively account for 80 marks.

* The rest 20 will be based on internal assessments, likely completed by most schools as part of the regular board exam evaluation before March.

It is meant to ensure results are in line with a school’s performance. Standardisation is proposed to be done by selecting a reference year from the past three years, when students on average scored the best marks.

In the final marks, the schools will need to ensure that the average marks in each subject are within two marks of the subject-wise average reference year marks, and that the overall average of the five core subjects do not surpass the total in the reference year.

Media reports quoted several principals as saying that high-performing students could be at a disadvantage as internal tests are marked more strictly than in boards. They say schools can only have the same number of students in different ranges of marks for different subjects as its reference year. That means if there were, say, 10 students who scored over 90 per cent in the reference year, there cannot be more than 10 students in the over-90% score band this year as well.

Experts said CBSE could consider internal scores of classes 10 to 12 and the Class 10 board exam results for Class 12 results. Many said class 11 results should also be considered for Board results. Even while considering Class 10 marks, CBSE must consider only the main subjects of Class 10 for Class 12 results, said a principal in New Delhi.

Schools point at another reason why the Class 10 method cannot be used for the assessment of Class 12. Most school-leaving students are also busy appearing for college admission tests during their pre-board exam season, a pressure that younger students do not have.