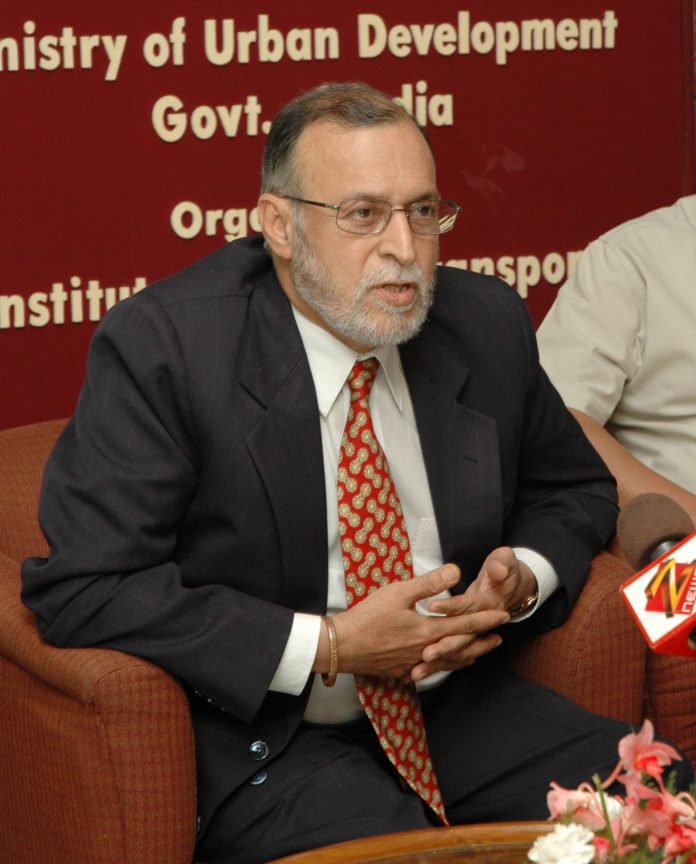 Delhi Lieutenant Governor Anil Baijal appealed to migrant workers on Tuesday not to leave the capital “out of fear” and assured them that the government will “take care of all their needs in this corona pandemic”.

Baijal took to Twitter to tell the migrant workers that he had made all the “necessary arrangements” for them. “You run Delhi with your tireless hard work and the city belongs to you,” he wrote, urging them not to leave the capital, which is on a strict one-week lockdown to control the huge surge in cases.

Delhi had recorded 23,868 new cases and 240 deaths on April 19 alone, and the capital’s healthcare system is under severe pressure, with places such as the Commonwealth Village complex being turned into a COVID centre.

However, after the lockdown was announced, thousands of migrant workers had gathered at the Anand Vihar interstate bus terminal to return to their hometown.

Baijal assured migrant workers that the Delhi government will take care of all their requirements during the ongoing COVID-19 crisis. The LG also chaired an emergency meeting with Chief Minister Arvind Kejriwal and Chief Secretary Vijay Kumar Dev to take stock of the situation and told them to prevent this reverse migration, said media reports. The principal secretary (home) and the special commissioners have been appointed as ‘nodal officers’ to tackle the crisis.

Shelter homes will be opened and free food will be provided to the migrants to prevent them from leaving the city, said Hindustan Times, quoting government officials. When Kejriwal had announced a lockdown since it had become “necessary”, he had with folded hands requested the migrant workers to stay on in Delhi since it is a short lockdown. And, he had assured them that the government will take care of them, even saying, ‘Main Hoon Na’ (I am there for you).

However, news reports said that the migrants were angry with Kejriwal for not giving them more time to leave for their villages before suddenly shutting down the capital for a week till April 26.

According to the lockdown rules, only essential services like groceries and dairies and government offices were allowed to operate and Section 144 has been imposed across Delhi.

Meanwhile, the Ministry of Labour & Employment has set up 20 control rooms to address grievances of migrant workers amid rising number of COVID-19 cases and restrictions imposed by government.