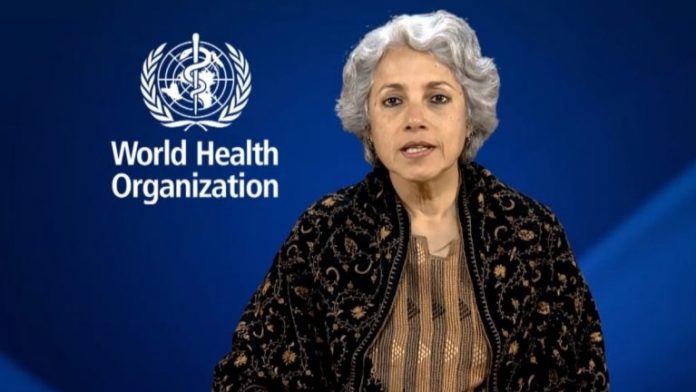 There is no scientific basis to say that children and teens will be more affected by the third wave, Soumya Swaminathan, chief scientist at the World Health Organization (WHO), has said.

Dr. Swaminathan, also a paediatrician, however, does not rule out the possibility of some children facing the severest of the disease. She also advises setting up solid paediatric healthcare infrastructure.

“As the vaccination programme expands, they start with the elderly. Therefore, younger people will be more susceptible as you start giving immunity to the older people,” she told ThePrint.

“So far the variants we have seen do not have any specific effect on children. We know that children can get infected and transmit the infection — ultimately schools and colleges will need to open,” she said.

“We have to remember that children get infected usually with a mild illness and it’s very rare for a child to get asevere disease. Strengthening paediatric intensive ICUs, training doctors and nurses, bringing in equipment, putting systems in place is a good idea for the health system, but it is not because the third wave will impact children very badly,” she said.

Following the increased rate of Covid-19 infection among the youngest segment of India, parents are said to be extremely worried.

Dr VK Paul, one of the key members of the PM’s COVID management team, told India Today TV: “It is uncertain that a wave would affect children specifically. Till now, children have displayed similar seroprevalence as adults, which means, they are as much affected as adults.”

AIIMS, Delhi Director Dr Randeep Guleria, too, has spoken on the issue. “There has been no solid evidence to prove that children will be infected the most during the third Covid-19 wave,” he said.

The government plans to remove vaccine hesitancy by asking parents to take the jab to protect their children. Dr Paul said, “If adults get vaccinated, then it would be difficult for the virus to reach the children.”

The Indian pediatrics association too has reassuring words for the parents. The Indian Academy of Pediatrics (IAP) has asked parents not to be scared, as there is no scientific evidence that proves that the third wave would predominantly impact children.

According to Dr Swaminathan, who is known for her work in tuberculosis, countries have to strike a balance between creating panic and informing people by saying COVID-19 is an airborne disease.

“We should not create a panic. The virus is not flying around in the air and it cannot come in through doors and windows,” she said. “We still don’t know how many virus particles are needed to infect an individual (with COVID-19) and that probably varies from person to person. There is a lot about the immune system that we are still learning.”

She explained that there are some virus particles or droplets that come out of the mouth, which are small, light and float in the air for some period of time.

“If you are in a closed setting when there is no ventilation and there are many people there in a closed room and spending prolonged time together, that too without a mask, then there is a chance of being infected,” she said.

The WHO scientist also said that the organization is still learning about the Delta variant first detected in India. “The Alpha variant, first spotted in the UK in 2020, was 40-50 times more transmissible than the original Wuhan strain,” she added. “On clinical severity, it’s not clear yet and that’s where we need data from India”.

She said India should strengthen its surveillance and closely monitor key COVID indicators to reduce the extent of a possible third wave.

“India should now scale up its surveillance, including genomic surveillance, conduct research, data analysis and keep a close eye on certain key public health indicators,” Dr Swaminathan said, adding that “it is a responsibility of the government and public health agency”.