It has been a week since the climate summit (COP26) began in Glasgow and the way talks have progressed so far give adequate indications that the Paris climate agreement of 2015 will finally see some action.

India, the UK, the US and China have promised significant carbon emission cuts in the coming 10 years and laid the foundation for their net zero emission targets.

The world’s largest emitters like the UK, China and US have given concrete assurances on phasing out coal-fired power, pledge to cut methane emissions, ending deforestation and set deadline for net-zero emissions. 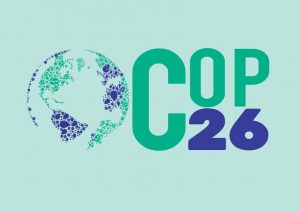 The Paris Agreement of 2015 required every signatory country to submit more ambitious plans to cut emissions and 2020 was the year when the review was due. Of course, the pandemic delayed the meet, but 2021 has thrown new challenges with 2020 already declared the hottest year on record despite COVID-induced lockdowns slowing down the global manufacturing sectors briefly.

Hence, COP26 assumes significance from the point of view of action each country takes to reduce global temperature rise to 1.5C of the pre-industrial levels. The International Energy Agency (IEA) has said that if pledges made at Glasgow are fulfilled, global warming could be limited to 1.9℃ this century. That’s a substantial breakthrough given the fact that the UN warned ahead of COP26 that the world was on a “catastrophic pathway” to 2.7 degrees of heating by the end of the century. However, the summit outcomes still fall well short of what is required to limit warming to 1.5℃.

What have the developed economies promised?

One of the biggest positives so far has been the fact that over 100 countries, which account for more than two-thirds of the global economy, have set the deadline for achieving net-zero emissions.

China pledged to achieve net-zero emissions by 2060 and drastically improved its 2030 targets. It now plans to peak emissions by the end of the decade.

Looking at the immediate future, i.e. 2030, developed nations like the US, the UK, Canada, South Korea, New Zealand as well as the European Union have set stronger targets for the next decade. In fact, the G7 has promised to cut by 50% their collective emissions by 2030.

The United Kingdom under Boris Johnson launched a new coalition of countries to phase out coal-fired power.

The US led more than 100 countries that have promised to cut methane emissions by 30% by 2030. Additionally, about 120 countries have committed to end deforestation by 2030.

The shipping industry is responsible for 90% of the global trade, therefore a major contributor to greenhouse gas emissions. The UN expects the International Maritime Organization (IMO) to set targets to cut emissions by 50 per cent by 2050. The US is now a part of the coalition of countries that plans to achieve net-zero emissions in global shipping.

Where does India stand?

India Prime Minister Narendra Modi has promised to achieve net-zero by 2070 and ramp up installation of renewable energy. If Modi’s plans really materialise, by 2030, half of India’s electricity will come from renewable sources.

Here are five promises that PM Modi made at Glasgow:

India will achieve the target of net-zero emissions by 2070.

More needs to be done…

Despite tall promises, the developed countries are yet to take a call on fulfilling their decade-old promise to provide an annual aid of US$100 billion to developing and emerging economies to tackle climate change. This when India Prime Minister Narendra Modi has already raised the bar by asking developed nations to pledge $1 trillion a year towards climate action.

Australia pledged an additional $500 million in climate finance to countries in Southeast Asia and the Pacific – a figure well short of Australia’s fair share of global efforts. Australia also refused to rejoin the Green Climate Fund.

Seriousness in reducing fossil fuel use was evident when the Australian government put its weight behind carbon capture and storage to mitigate climate change, though the scientific community has time and again said that over-emphasis on carbon capture is nothing but a “licence to prolong the use of fossil fuels”.

Burning fossil fuels is mainly responsible for climate change and yet the world’s fossil fuel dependency is expected to get even worse.

Speaking after a rally, young climate change activist Greta Thunberg said it was clear the “COP26 summit was turning into a public relations exercise”.

Going forward, the second and last week of COP26 deliberations is expected to focus more on achieving necessary emissions reductions by 2030, which will be challenging because global emissions are expected to bounce back strongly in 2021 (after a lull in COVID year 2020).

Ministers attending the concluding week deliberations will now be expected to negotiate an outcome to try and limit temperature rise to 1.5C. COP26 President Alok Sharma said it is a moment “where the rubber hits the road.”

Countries first in line to bear the brunt of climate change, like Maldives and Mauritius, aren’t giving up easy as they want countries yet to deliver enhanced 2030 targets to come back in 2022, well before COP27, with stronger targets to cut emissions. These countries want the world’s most developed, like the US and China, to make strong commitments to climate finance before they pledge new targets.

Even as pledges galore, action on ground is of utmost importance. As Wesley Morgan put it in his piece in The Conversation: “The Earth system reacts to what we put in the atmosphere, not promises made at summits. So pledges need to be backed by finance, and the necessary policies and actions across energy and land use.”