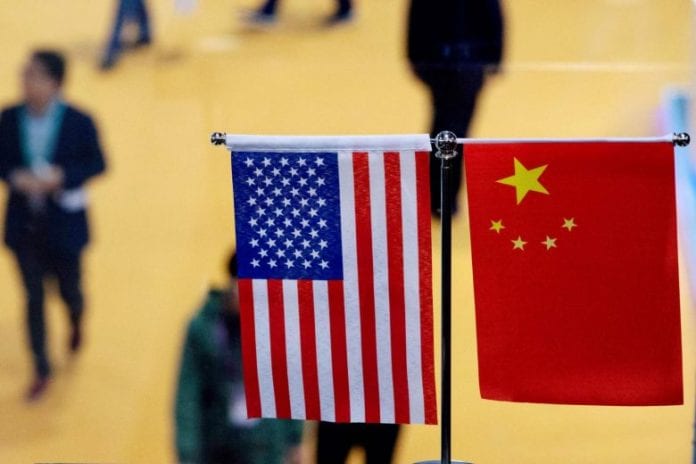 Two of the world’s foremost carbon emitters – US and China – have pledged action to mitigate climate change.

Speaking at the United Nations General Assembly (UNGA) on Wednesday, US President Joe Biden promised full support to developing countries in dealing with the climate crisis by doubling funding to $11.4 billion per year in the next three years.

Speaking from the same platform, a day before, Chinese President Xi Jinping said the country will no longer provide financial assistance to coal projects in other countries. Instead, it would support green and low-carbon energy initiatives.

The two announcements, made at the first in-person United Nations General Assembly session since the COVID outbreak, assume importance in the backdrop of the latest Intergovernmental Panel on Climate Change (IPCC) report, which has warned of severe consequences as the earth’s temperature continues to rise despite purported attempts from UN member countries to keep the rise below 2 degree Celsius of the pre-industrial times.

In his inaugural speech, UN Chief Antonio Guterres drew the world’s attention towards the crisis in waiting. “We are on the edge of an abyss — and moving in the wrong direction. I am here to sound the alarm. The world must wake up.”

Guterres did not miss the opportunity to tell US and China that the world could plunge into a new and probably more dangerous Cold War unless the two countries repair their “totally dysfunctional” relationship.

Despite ifs and buts that may follow the big declarations, it is pertinent to note that big statements recognising climate, that too coming from world’s two most powerful, and warring countries, has its significance. “This is an absolutely seminal moment,” said Xinyue Ma, an expert on energy development finance at Boston University’s Global Development Policy Center.

Climate change experts see this as a build up to the conference of parties (COP) 26, scheduled to be held in Glasgow, Scotland, in November.

US pledges more support to developing countries. But how much and when?

President Joe Biden’s largesse needs to be looked at from the perspective of the target set by developed nations about a decade back to provide $100 billion per year till 2020 to help developing and vulnerable countries fight climate change.

“The best part is, making these ambitious investments isn’t just good climate policy, it’s a chance for each of our countries to invest in ourselves and our own future,” Biden said.

In 2009, developed countries promised USD100 billion a year in financial help to poorer countries to ease the transition from dirty to clean fuel. Despite the tall promises, rich nations were only giving USD80 billion a year.

On taking over as President, Biden declared he would double the Obama era financial aid pledge of USD2.85 billion a year to USD5.7 billion. On Tuesday, Biden promised USD11.4 billion a year starting in 2024. However, he needs the US Congress’ go-ahead to fulfil his wish.

In contrast, the European Union has done much better by releasing USD24.5 billion a year with the European Commission recently hiking it by more than USD4.7 billion over seven years.

A recent Oxfam report says that the wealthy nations are expected to fall up to $75 billion short of fulfilling their long-standing pledge to mobilise $100 billion each year.

Experts suggest that looking at the size of the US economy, its population and the amount of pollution it causes, the country should be contributing about 50 per cent of the USD100 billion fund.

China’s ‘no’ to coal energy. Too good to believe it is happening!

Chinese President Xi Jinping used the UNGA platform to tell the world that the country will not build new coal-fired power projects in other countries. Instead, Jingping said, it will help developing countries in moving towards green and low-carbon energy programmes.

The question that the Chinese head of state needs to answer is “How” and “When”.

As part of its 2015 Paris Agreement promise, the Chinese leadership has pledged to reach peak emissions before 2030 and achieve carbon neutrality by 2060.

Liu Zhe, director of research, data and innovation at World Resources Institute China, said he is curious to know what this peak level will be and till when will it last.

Experts also take the country’s climate pledge with a pinch of salt because its emissions and fleet of coal-fired power plants have actually grown in the aftermath of the COVID outbreak.

While China closed several coal-fired power plants in 2020, its coal-fired fleet capacity last year went up by 29.8 gigawatts, more than the cuts made by the rest of the world, says a research by Global Energy Monitor, a U.S. think tank, and the Helsinki-based Center for Research on Energy and Clean Air (CREA). The report further points out that during the first three months of the year, China’s carbon dioxide emissions were 9 percent higher than pre-pandemic levels.

“The big open questions are: When exactly are emissions going to peak before 2030, and at what level are they going to peak?” said Lauri Myllyvirta, a researcher at CREA said while speaking to The Washington Post.