An update from social messaging giant WhatsApp on its terms and privacy policy has stirred up a storm and is making people rethink about continuing on the chatting platform henceforth. Many are shifting to other competing platforms like Telegram or the newly launched Signal depending on their risk profile.

The WhatsApp update concerns how the company processes and shares user data with its parent company, Facebook, and how businesses can use Facebook hosted services to store and manage your data. It’s applicable for both Android and iPhone users. 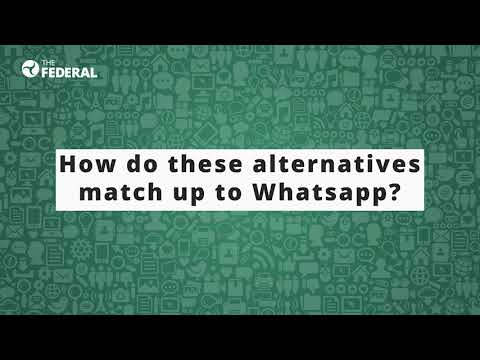 Also read: India will be among top 3 economies in 20 years: Mukesh Ambani

WhatsApp claims it’s partnering with Facebook to offer integrated products and services. But it gave an ultimatum to the users saying users need to accept these updates to continue using WhatsApp, indicating that if one does not accept the renewed terms by February 8, 2021, their account will stand suspended.

Bought by Facebook in 2014, the messaging app is popular globally with two billion active monthly users. While it did not monetize its services until now, the free flow of information between the two platforms (WhatsApp and Facebook) in future will enable the company to better understand user preferences and target with ads and services by enhancing its algorithms.

Why the new policy/terms raise concerns?

Though WhatsApp has been collecting data from its users since inception, we are now talking about integrating the database with Facebook, which could on a future date resort to targeted advertising and political campaigns based on user information. Also, it raises privacy concerns as it plans to monetize the user data.

Besides the device information and location data, the platform also collects information like messaging data, calling, status, groups (including group name, group picture, group description), payments or business feature, profile photo, whether you are online or not among others details.

The new terms and conditions also say that if a user uses a data backup service integrated with WhatsApp (like iCloud, Google Drive), he/she will receive information such as your WhatsApp messages, the content of in-app players, your payment and transaction information, shipping details and transaction amount (if using WhatsApp Pay).

For now, the company has said it “still” does not allow third-party banner ads on their services and has no intention to introduce them, but it hinted at introducing the feature in future. “If we ever do, we will update this privacy policy,” the company stated in the policy.

For now, WhatsApp remains end-to-end encrypted and no third party can read the messages.

The new policy also explains how businesses (B2B and B2C) get data when a WhatsApp user interacts with them on the platform. WhatsApp has nearly 5 million accounts and any transaction or interaction done on the platform will be accessible to those businesses and its third-party service providers.

Certain users quickly responded to the changes in WhatsApp policy by shifting to other platforms while discussions are on across social platforms and groups about exiting WhatsApp.  Signal and Telegram reported 70% growth in the past week, say reports.

Who owns Signal and Telegram?

Both Telegram and Signal are NOT Indian apps, as perceived by certain users.

However, they sold it in 2014 and went abroad to create Telegram. Initially headquartered in Berlin, the company moved offices for regulatory reasons. From Berlin, it moved to the UK and now its servers are based in Dubai.

In 2018, the founder made it clear that they are not “Russia-based and they have no servers, developers, companies, bank accounts, or offices in that country”.

The app came into existence after Acton, the co-founder of WhatsApp, exited the company after it was acquired by Facebook. Acton walked away from Facebook after the company wanted to begin targeting ads at users and selling business analytics tools, a plan he did not agree with.

In 2018, when Facebook was in the midst of a scandal involving leaking users’ privacy data, Acton tweeted “It is time. #deletefacebook.”

This week, Tesla founder Elon Musk endorsed Signal and tweeted to his followers saying “Use Signal”, resulting in a spike in its user base.