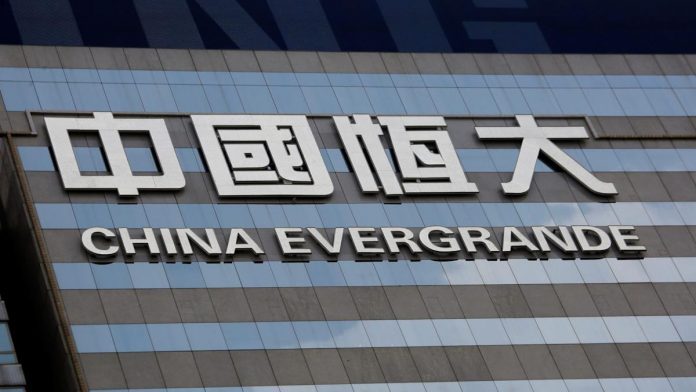 In the past year, shares of the company have come down nearly 85 per cent.

A credit crunch would mean the company cannot borrow and expand further, leading to foreign investors pulling out of investments and seeing China as a less attractive investment option. The company used billions of dollars raised by selling wealth management products to retail investors to plug the funding gaps, an FT report said, quoting executives of Evergrande in Shenzen.

Earlier this month, rating agencies like Fitch and Moody’s Investors Services downgraded Evergrande’s credit rating to very high-level risks, even as the company was in talks with banks to restructure its loans. Evergrande’s troubles raised fears that China’s residential and commercial property market, which drives up to a third of the world’s second-largest economy, could crumble.

With Chinese regulators tightening the noose and barring the company from further borrowings to avert a housing bubble, the real estate giant has been scrambling to raise funds to pay lenders and suppliers.

Evergrande (formerly called the Hengda Group) was founded by businessman Hui Ka Yan in 1996 in Guangzhou, southern China. Its businesses run from wealth management to selling bottled water to making electric cars. It even owns China’s biggest football team, Guangzhou Football Club. It was listed on the Hong Kong stock market in 2009.

The company, which owns 1,300 projects across 280 cities in China, owes nearly 1.6 million apartments (unfinished) to home buyers whose life investments are at stake. According to China’s Caixin media, more than 500 of Evergrande’s 800-plus projects across the country are now halted. The company needs at least $15 billion to complete construction and deliver them to buyers.

Besides home buyers, there are construction firms, steel companies, design firms and materials suppliers at risk, staring at major losses, and even leading to potential bankruptcy. The company even borrowed from its employees to meet the working capital requirement.

Initially, the Chinese authorities refrained from providing any bailout assurances amid China’s slowing economy, thinking it might set a bad precedent. It compounded the problem for investors and home buyers.

Xijin Hu, Editor-in-Chief of Global Times, a state-controlled publication, viewed as the Chinese Communist Party’s mouthpiece, in a Weibo (Chinese social platform) post said: “Blind expansion, reckless financial manipulation and the use of high leverage are all adventures that need to be escorted by smooth wind and luck.”

“Evergrande has stretched the rubber band too tightly. Once the problem bursts, the company in trouble cannot have their own ‘too big to fail’ fluke. They must have the ability to save themselves in the market way,” he added. Hu hopes that the company can strike a miracle and “come back from the dead”.

But later this week, China’s central bank injected cash into the financial system. The People’s Bank of China pumped 120 billion yuan ($18.6 billion) into the banking system.

Without a government bailout, leading to a possible collapse of Evergrande, experts believe it could have a ripple effect and drag down not just the Chinese banking system and real estate market, but also investment markets the world over.

The panic set off a global chain reaction dragging down stock markets across Asia Pacific and the US. Shares of Evergrande dropped as much as 7 per cent on Tuesday and about 10 per cent the day before. In the past year, shares of the company came down nearly 85 per cent.

The collapse of the iron ore market and the Evergrande crisis are adding to economic woes caused by the Delta variant of COVID for much of this year.

Fund giant BlackRock and investment banks HSBC and UBS have been among the largest buyers of Evergrande’s debt, according to a Mint report.

Swiss investment bank UBS noted that Evergrande’s liabilities could involve more than 130 banks and about 120 non-banking financial institutions. This investors peg to be like a Lehman Brothers movement, where in 2008 the collapse of the bank and subsequent bailouts led to a global financial meltdown.

UBS estimates the total liability of the Chinese property sector is close to $4.7 trillion.

“I have seen people say that once Evergrande goes bankrupt, it may become a trigger for a systemic financial storm like the collapse of Lehman Brothers. But I believe not. China does not have the worry of the subprime mortgage crisis in real estate, unlike the US,” Hu noted in his post.

Indian steel, iron ore, textiles, garments, chemicals and tyres, among other sectors, are likely to be hit if the Chinese government fails to come out with a bailout plan for Evergrande.

“We remain cautious over this turning into a broader risk-off scenario, which could mean increased pressure on emerging market currencies, including the INR (rupee), while the dollar remains bid,” it said.

“If the worst-case scenario of the Chinese government taking a hands-off approach in the case plays out, the rupee can see volatilities and depreciate to 75 against the dollar,” the report added.