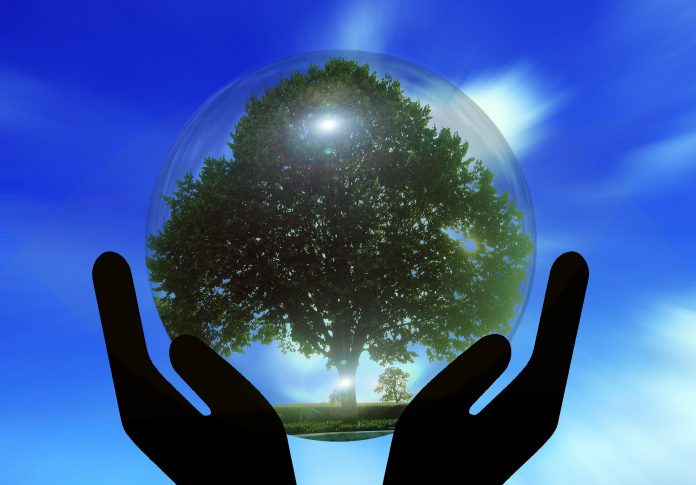 Accelerated decarbonisation could bring significant benefits to India and the world. India could use the transition to a low-emission footing to restructure its economy towards growth in advanced industrial sectors, leveraging lower cost clean energy export markets.

India must act now to prevent the country losing $35 trillion in economic potential over the next 50 years due to unmitigated climate change, a new report from the Deloitte Economics Institute has said.

The report, titled ‘India’s turning point: How climate action can drive our economic future’, also reveals how the country could gain $11 trillion in economic value instead over the same period, by limiting rising global temperatures and realising its potential to export decarbonisation to the world.

“We have a narrow window of time – the next 10 years – to make the decisions needed to alter the trajectory of climate change. No one is immune to the impact of climate change, but for India this is a window of opportunity to lead the way and show how climate action is not a narrative of cost but one of sustainable economic growth,” according to Atul Dhawan, Chairperson, Deloitte India.

As India aspires to be a $5 trillion economy, it is not just foreign and domestic investments that will be key in driving growth, the country must also take this opportunity to align its ambitions with climate choices, he noted.

With no action taken on climate change, the average global temperatures could rise by 3 degrees Celsius or more by the end of this century. This will make it harder for people to live and work, as sea levels rise, crop yields fall, infrastructure is damaged, and other challenges emerge, threatening the progress and prosperity that the nation has enjoyed in recent decades, the report said.

Over the next 50 years, the top five most impacted industries in terms of economic activity are expected to incur a significant share of climate-related loss. These industries — services (government and private), manufacturing, retail and tourism, construction, and transport — currently account for more than 80 per cent of India’s GDP. Together, they form the basis of the country’s contemporary economic engine, it added.

Deloitte estimates that by 2070, these five industries alone would experience an annual loss in the value added to GDP of more than $1.5 trillion per year.

The report also said that if governments, businesses and communities act boldly and rapidly in the next decade to address climate change, average global temperature rises can be limited to around 1.5 degrees Celsius by 2050 — a scenario that will minimise the impact of climate change for India and the rest of the world. At the same time, India can achieve significant economic growth by supplying the products, services, and financing the world will need to limit temperature increases.

India is home to many enterprises that are already world-leading producers of the advanced solutions countries will need to address climate change. These include green hydrogen and negative-emission solutions, both natural and technological, the report said.
“We need to transform the world economies towards new, low-emission pathways and India is well positioned to play a leading role in this process globally. By making the right choices now, India could chart a more prosperous path towards a low-emission future, accelerating progress in the rest of the world by exporting key technologies, processes, and know-how,” said Viral Thakker, Partner and Sustainability Leader, Deloitte India.

Accelerated decarbonisation could bring significant benefits to India and the world. India could use the transition to a low-emission footing to restructure its economy towards growth in advanced industrial sectors, leveraging lower cost clean energy export markets, as the region experiences a rapid increase in energy demand over the coming years.
Deloitte said as a developing nation, India’s transformation to a low-emission footing is likely to be more complex and challenging than much of the rest of Asia Pacific.
It will have to strike a delicate balance between the need for sustained economic development – and the corresponding rise in energy demand – and investing in and transitioning to emerging, low-emission technologies. The structural adjustment costs associated with reducing India’s emissions profile are expected to be significant, but the cost of inaction will be greater.

The report sets out four key stages for India’s climate transition. According to the Deloitte forecasts, economic benefits would be observed from the first year that bold climate policy decisions start delivering rapid investment and technology development. In 2070 alone, this would equate to GDP growth of 8.5 per cent.

“These start with the government and businesses making bold decisions to act on climate change now, and develop or expand their related strategies. Those decisions would see the economy start to decarbonise between now and 2030,” the report said. From 2030 to 2040, India and the world would need to complete large and coordinated shifts to reduce carbon emissions by tackling how energy is produced and consumed. 2040 to 2055 is the turning point, where the world avoids locking in temperature increases of 3 degrees Celsius or more.

“By this period, the process of decarbonising high-emission industries would be almost complete, the cost of green solutions would start to fall, and wider net economic gains would begin to emerge,” according to Deloitte.

After 2055, India’s economy would have been radically transformed and be producing near-zero emissions. There would have been a rapid gain in economic dividends from global decarbonisation, while global temperature rises would have been limited to reaching a maximum of 1.5 degrees Celsius by the end of the century.